U.K. New Wave of British Heavy Metal act Angel Witch has always been a cult favorite of fans of the genre, and its easy to understand why. Unlike the more straight edge traditional styles set forth by the likes of Saxon, Iron Maiden, Grim Reaper and Holocaust, Angel Witch featured more of a 70’s rock influence a la Blue Cheer (the true influence of the hundreds of stoner rock acts today) accented by a doomy atmosphere which spawned bands like Witchfinder General. Add founder/vocalist/guitarist Kevin Heybourne‘s quirky vocal style and Angel Witch truly set the bar for their unique brand of metal, and the 1980 self titled debut is rightfully revered as one of the most influential records of the era. “Angel of Light” sounds like it’s direct descendant, keeping the band firmly in its distant past, but for a newer generation of fans.

As with all cult acts, Angel Witch just can’t seem to keep a lineup together, having broken up and reformed four times since the debut. “Angel of Light” represents only the band’s fifth album in 43 years, and just the second in the last seven. In between, the band (correction, labels) released more compilations and live albums than Judas Priest and Iron Maiden (…I kid). The rarity of new material adds to the band’s overall grandeur and mystique among the “trve.” The latest comeback happened back in 2008, but over the last 11 years, the band still had numerous member changes before settling on bassist Will Palmer,  guitarist Jimmy Martin and drummer Fredrik Jansson behind founder Heybourne.

2012’s “As Above, So Below” marked the first new material in 26 years, and was worthy follow up to the band’s treasured past. So long as Heybourne‘s unique vocals and haunting guitar licks grace an album, it will always sound like Angel Witch (though admittedly, your author prefers Dave Tattum‘s more fitting vocal style which graced the “Screamin’ N’ Bleedin‘” and “Frontal Assault” albums in the mid-80’s). Where “As Above, So Below” tried (and succeeded to a large degree), to recapture the essence of the band’s classic 80’s sound, it still had a modern feel. “Angel of Light” takes a further step back, even expertly recreating the slightly muddy mix to go along with that natural drum sound and signature searing guitar tone, making it a much closer follow up.

Stylistically, you can expect all the elements that make Angel Witch so classic: traditional metal with a melancholic atmosphere, or “ancestral doom,” if you will. You can even hear both early power and groovy doom metal elements that were the blueprint for bands like Sanctuary and Sorcerer, as well as the cascade of bands that make up the so-called “New Wave of Traditional Metal.” 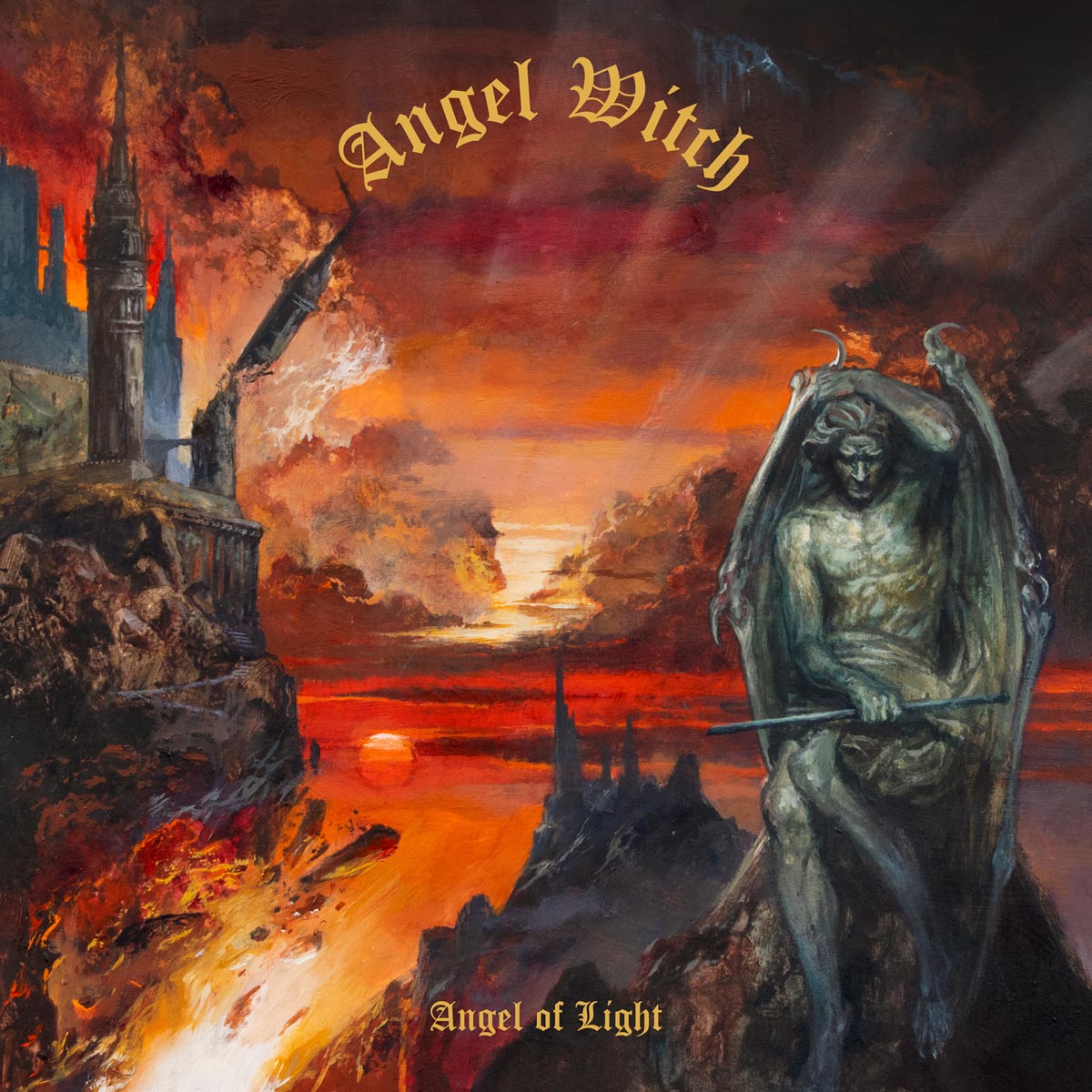 Album opener “Don’t Turn Your Back” sounds straight off of the debut and could sit nestled perfectly between “Atlantis” and “White Witch.” “Death From Andromeda” follows up with a hard charging riff shrouded in gloom, a style which Angel Witch foreordained upon the metal world. The near 6 1/2 minute track is a perfect example of the power of Angel Witch – with its soaring guitar solo and swift and relentless pace.

Album favorite “Condemned” is the meat in the middle of a three song sandwich of epic doom, which is book-ended by “The Night is Calling” and “Window of Despair.” The trio starts with a slow builder (“The Night is Calling”), calling to mind Candlemass‘ “Under the Oak,” reaches a crescendo with the foreboding groove and rockin’ melody of “Condemned” and finishing with the thundering attack of “Window of Despair.” The record ends with the crushing “I Am Infamy” and the moody title track.

Angel Witch fans should rejoice at an instant classic with “Angel of Light.” With perfect delivery, complete with purposefully dated production, the band sounds every bit as glorious as the glory days. A doom laden traditional metal feast complete with stoner rock overtones, Angel Witch has birthed the true offspring of its 1980 debut, undoubtedly a contender for album of the year for many of its faithful following.

One of the most revered bands of the NWoBHM scene, Angel Witch returns with an album chock full of charging riffs and doomy atmosphere to please the most avid fan of the band. "Angel of Light" feels more like a direct follow up to the classic 1980 self-titled album than any released in between. Despite so many lineup changes and break ups over 43 years, the quality of the band's material has never been better.