Friends and fans of the progressive rock community might have gotten to know Casey McPherson as the front-man for the art-pop/retro-prog band Flying Colors. This project includes typical harmonies and melodies known from Neal Morse’s other great projects, but follows a more straight-forward, poppy approach and benefits heavily from musical contributions by giants Steve Morse, Mike Portnoy and Dave LaRue. McPherson has also left his fingerprints on The Sea Within’s debut album, has performed at Germany’s best prog-festival Night Of The Prog and is becoming a well-known name in the prog-world. And I instantly regret having indicated Neal Morse as the primary source of melody for Flying Colors, because McPherson’s latest solo-effort, the Cas.e Sessions Volume 1 reveals just how much impact he must have had on the hook-lines and melodic qualities of their first two albums.

The Cas.e Session Volume 1 were released under the name of (or “presented by”) his main band Alpha Rev, but it completely comes across as a solo effort. Amazingly, all instruments on this album seem to have been played by Casey himself, except for cello and violin, which were contributed by Tony Rodgers and Brian Batch. The arrangements and instrumentation often offer fusions of modern electronica and authentic string sections which result in an interesting sonic combination. For the song “White Matter Recess”, production duties were even contributed by the great Alan Parsons. The focus, however, completely lies on the vocals. More than on the Flying Colors albums, Casey gets to show the variability of his voice and I’m very impressed at how big his range actually is.

The first two songs, “Changeling” and “My Evolution”, are already perfect examples for that. The opener’s spacey instrumentation and a slightly lamenting violin lay down a perfect background for Casey’s vocals. His falsetto voice flawlessly reaches heights I didn’t expect from him. My highest respect for this performance. Both songs present with catchy upbeat rhythms which are provided by either programmed or authentic drums. I am personally a bigger fan of “real” instruments in general, but the electronic features suit the songs very well and form a nice contrast to the string section. Casey knows exactly how to put his voice in place. In contrast to the poppy, sometimes electronic rhythms, the songs often exhibit a melancholic character, perfectly fitting the vocals.

“I’m a Refugee” is a song with a melodic quality reminiscent to compositions by Matt Bellamy, and the strong use of falsetto vocals reinforce this impression. The tune would even have the potential for a radio hit, if it wasn’t for its interesting (and therefore already too unconventional and radio-unfriendly) structure. Verses and bridges slowly built up the song for a few minutes, while the chorus only appears toward the end, taking up the whole last third of “I’m a Refugee”. It won’t leave your head for a while. 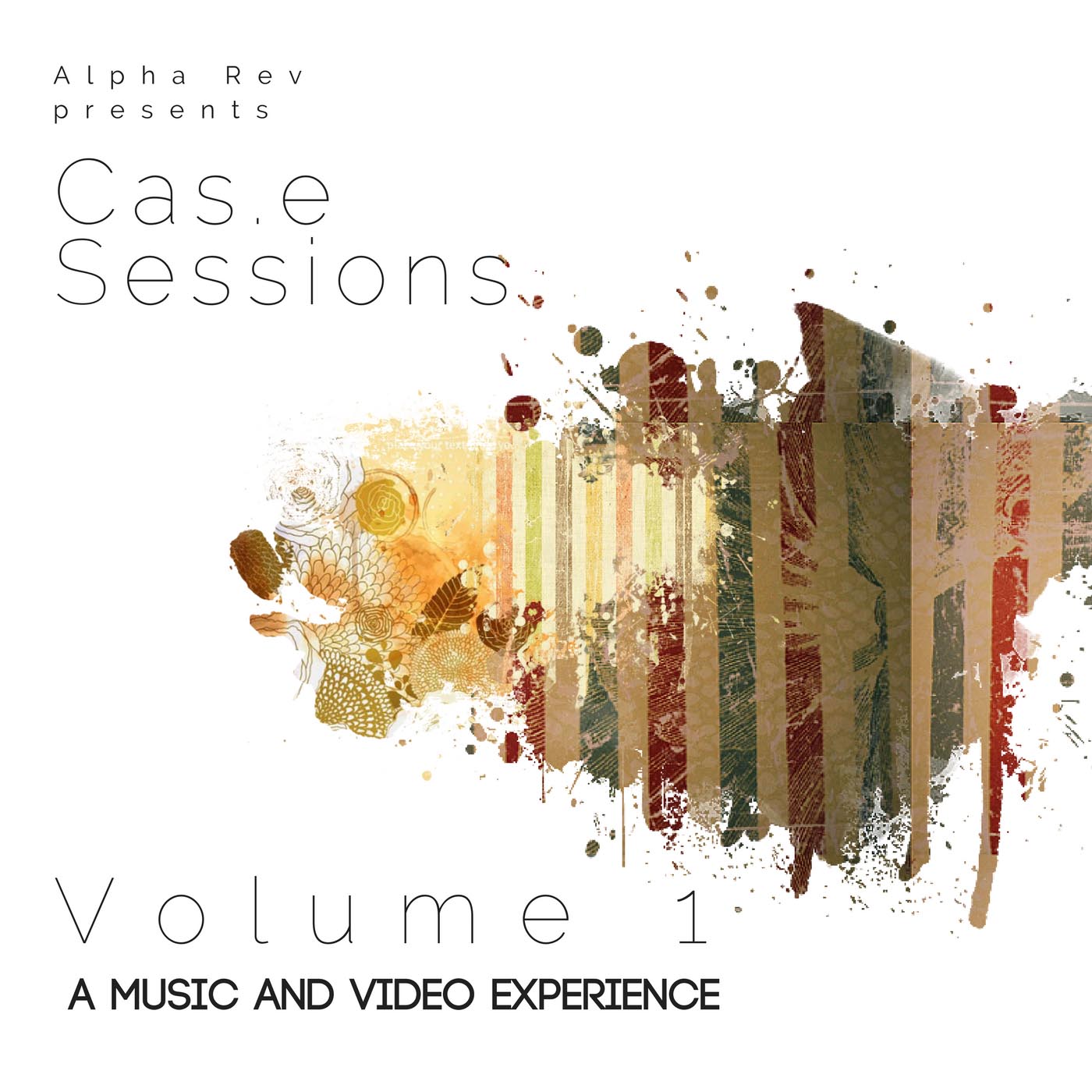 Unless you listen to the next song. “White Matter Recess” has some big hit potential. The melodies are again very catchy, yet still have some melancholy to them – a quality I usually only know of later Coldplay efforts. The sound effects, the guitar, the piano all remind of “A Head Full Of Dreams” and at times you’ll think you’re hearing Chris Martin sing. And I completely mean that in a positive way. Additionally, “White Matter Recess” features a perfectly built sound arrangement and a few rhythmic irregularities, which may derive from Parson’s contributions. Great song.

The album also features two beautiful piano ballads. “Everyone’s Charade” is Casey’s “She’s Leaving Home” or “Eleanor Rigby”, featuring prominent strings in its instrumentation, while “Help Me” arguably has some of the most touching moments on the album. The latter sounds like a demo or a first take, with Casey’s voice trembling a bit at times, making it even more intimate and authentic, as if he sat here playing this song for you: “I’m reaching out, is there someone reaching back to me” – beautiful.

The song on which the vocals shine most might be “Write Your Name”. Similar to “Refugee”, the verses build up for quite some time, before the chorus evolves and takes up the whole second half of the song. But on “Write Your Name”, this is a lot more effective. The harmonies in the verses are somewhat intriguing, maybe a little weird at times, and feature a few unexpected dissonances. The rhythm is even a little latin-like, almost bossa-influenced. The halftime chorus has been stuck inside my head for a few days now feature a vocal performance I didn’t expect from Casey. This might be my favorite song on the album. Just listen to it, you won’t regret it.

“You Are The Peacemakers” and “Silence” break the melancholic character of the other songs. But while Peacemakers comes across as a beautiful ode to peace in 6/8 and makes perfect use of its festive character, “Silence” is not quite my cup of tea. The groove is a little bland, and while the melodies are indeed memorable, they don’t give Casey’s voice the opportunity to shine like the catchy hook-lines of the other tracks.

Unfortunately, I can’t leave only positive comments about the two 10 min+ songs. “Song of Aleppo” has some great moments, sound effects and harmonies, and it takes its time to build up. In fact, the intro might be the greatest part of this tune, while the half-time section fails to live up to the tension built up during the first few minutes. Including a 10 minute song on an album otherwise dominated by catchy pop songs might be an influence from the the Flying Colors albums. But the track lacks the sense for structure that Neal Morse’s compositions have. The track still has its moments “Song of Aleppo” even when its charms pale in comparison with the shorter songs. The last track, “Stillness For Humans”, is not a song per se, but 15 minutes of soundscapes, keyboard sounds and spoken words by Casey’s calming, soft voice. It’s an instrumental with a relaxing narration for meditation. While being a nice little experiment, “Stillness For Humans” is not the kind of music I need on an album by a great singer-songwriter like Casey McPherson. But as he wrote in the booklet himself: The listener should “try it”. And since he described the Cas.e Sessions as an album on which he wanted to break down his barriers and create more than a typical album, I don’t see the inclusion of this track as a mistake, even if it’s not completely my thing.

If “Song of Aleppo” and “Stillness For Humans” had been excluded from the album, it would have been a very well thought through 45 minute pop album full of great ideas, beautiful melodies and fantastic vocal performances. With the inclusion of these two tracks, this concept has been broken up a little, which is not a bad thing at all. Like it was said in the booklet, it is supposed to be more than a usual album. And it is.

I would like to end this review with the following thoughts: I have seen Casey at the Night Of The Prog festival last summer. His performances as both the (partly-surrogate) front-man for The Sea Within and solo artist have been absolutely flawless. I even got the chance to talk with him for a little while after his solo set and he was a very cool and chatty guy (and probably made every woman there fall in love with him). I hope that the upcoming third Flying Colors album (which is already in the making) will be able to show both his ability to create beautiful melodies and his talents as a singer even more than the first two. I for one am convinced by the Cas.e Sessions, that Casey McPherson is a musician with many talents that deserves a lot of success.

The Cas.e Sessions Volume 1 might not only be an interesting listen for fans of Flying Colors, but also for rock- and prog-lovers who are not afraid of a few electronic or upbeat pop music influences. People who want to find out what Casey McPherson is capable of should definitely check this album out.