I found myself in a dilapidated Chicago airport on a damp and dingy Friday in February 2001 without a plan, without a debit card, and frankly, without a clue. The freezing winds somehow didn’t feel terribly cold, I had traveled light, and I had to figure out quickly how I was going to make the fifty mile trek to J.J. Kelley‘s, a dank little dive bar spitting distance from a neighboring state. The snow, of which I’ve seen precious little in my lifelong home state of Texas, had melted and refrozen several times over, and had turned into a disgusting muddy slush as it emulsified with dirt, engine oil, and tire grime.

I eventually made it to J.J. Kelley‘s and ended up sharing a hotel room with a group of fellow Texans who, unlike me, were old enough to rent a car back then. The venue itself was unremarkable, with a capacity of about 350 and with a low ceiling that would prove to be the bane of Tom S. Englund‘s existence. Oh yeah, did I mention a few bands were playing? Three sets over the course of a day and a half featured the likes of Englund‘s outfit Evergrey, New Jersey luminaries Symphony X (who had replaced Nevermore), Bay Area beasts Zero Hour, Colorado old-schoolers Jag Panzer, and Swedish deities Pain of Salvation. Also on the bill were lesser-known but promising American acts like Reading Zero, Onward, and fellow Texans Power of Omens and Destiny’s End.

The setting was meh, but the weekend was nothing short of magical. Roughly half the bands that mattered most to me were all gathered under one roof, playing their asses off to the shit-eating delight of a small but extraordinarily enthusiastic crowd. Metal festivals were hardly anything new; Donington had been enormous, Wacken was gargantuan, and Reading is literally as old as my dad is. Stateside, we had the Milwaukee Metalfest, which hosted roughly a hundred mostly death metal bands over the course of a weekend, and Ozzfest, a touring festival that focused on radio-friendly “metal.” But there was nothing prog-centric, and few power metal bands played at Milwaukee. 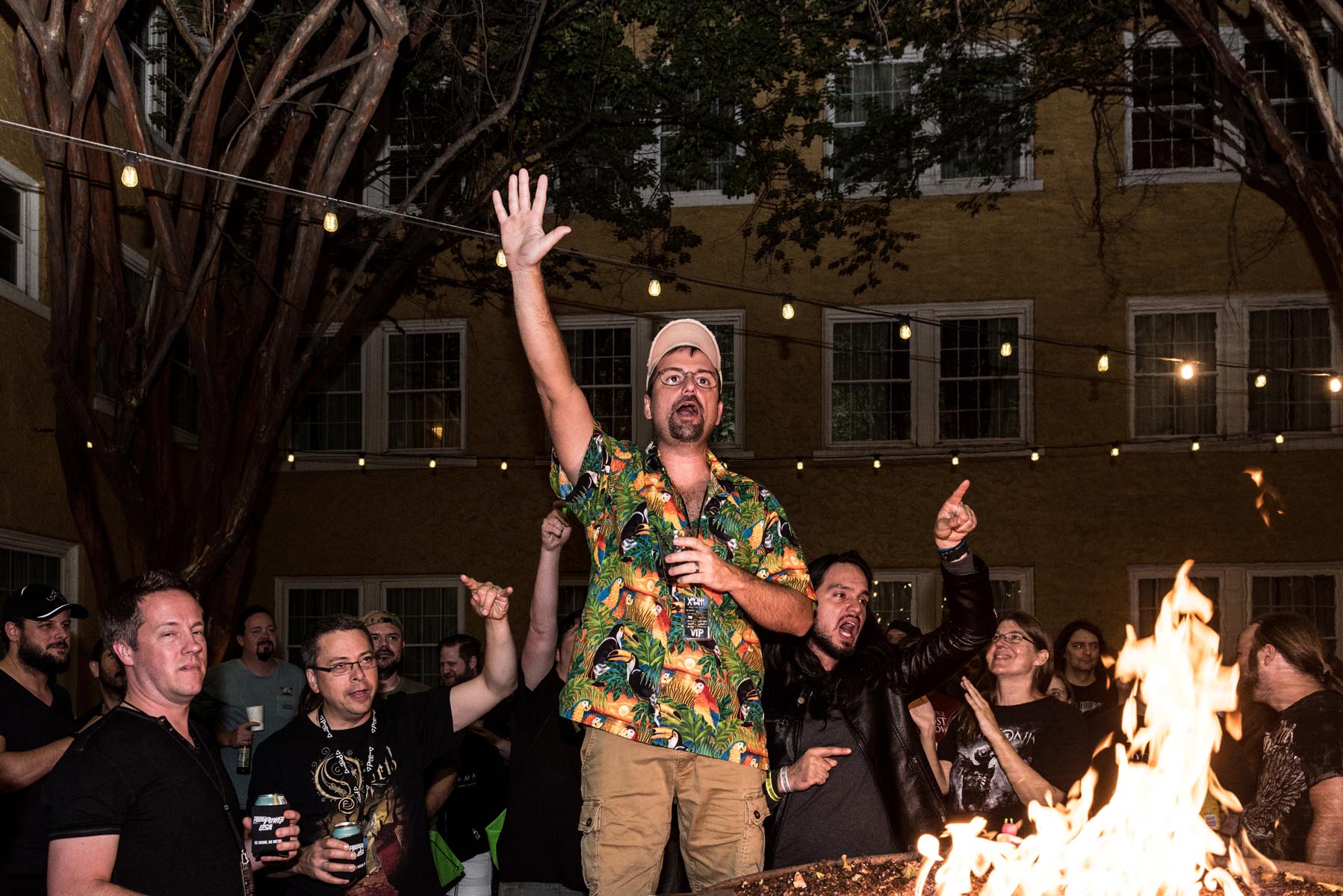 Necessity, they say, is the mother of invention.

From so simple a beginning,  ProgPower USA was soon moved into a top-notch venue in Atlanta‘s trendy Midtown district, and began focusing on bringing talent over from abroad. Multiple sellouts and a number of high-profile headliners later, ProgPower is currently the undisputed king of American heavy metal festivals. With the twentieth edition of the festival rapidly approaching, we thought we would invite festival founder a promoter Glenn Harveston onto the podcast. Glenn graciously joins SP totalitarian overlord and festival photographer Joel Barrios, Sonic Perspectives contributor and Talking Perspectives founder Nick Andreas, and host Gonzalo Pozo to discuss the festival’s impact, longevity, and his looming retirement. Glenn also talks about his favorite of the many magical moments that have graced the ProgPower USA stage, lkijbvfkjdvb, and the many headaches caused by the Agency That Will Not Be Named. So have a seat, pop open a beer, and envision yourself in the esoteric weirdness that is the Artmore Courtyard while you scratch your head in appalled befuddlement while the panel and guest all manage to let an obvious Dream Theater reference fly right past them.