At a time when the world is at its most chaotic, Zero Theorem are releasing “Swarm” as the perfect expression of our collective frustrations. The song encapsulates the feeling of rage and lack of control many are experiencing around the world due to the Covid -19 pandemic. “Swarm” is available for pre-save now, and will be available everywhere on July 17th. The single is the first from “The Killing II” EP,  slated to bow later this year.

In anticipation of the song’s full release, the band has launched their campaign with the animated “Swarm” video – which captures Los Angeles based Zero Theorem’s blend of hard rock and Metal with a science fiction aesthetic.
Vocalist Caesar explains: “Swarm” highlights the struggle between authenticity and blissful ignorance.   The song grimly mocks the overly self-indulgent who choose lives of carefree superficiality.  However, the critique isn’t about dwelling on the negative or embracing cynicism but rather facing our challenges with a realistic and constructive attitude.   Although written and produced prior to the recent worldwide pandemic, economic crisis, and protests against racial injustice, the song’s lyrics and subtext seem especially poignant at this moment. Our Art Director and Animator Lubomir Atan did a wonderful job of capturing the imagery of the song.”

He continues: “One of the major themes throughout The Killing recordings is that suffering is inherent to life itself.  Try what you will, but it’s going to get you one way or another.   Denial may work for some, but it’s not a viable solution for us all, especially given the complexity of today’s world.  We believe recognition and action are the way forward.  That’s how we’ll grow stronger and happier as a species.” 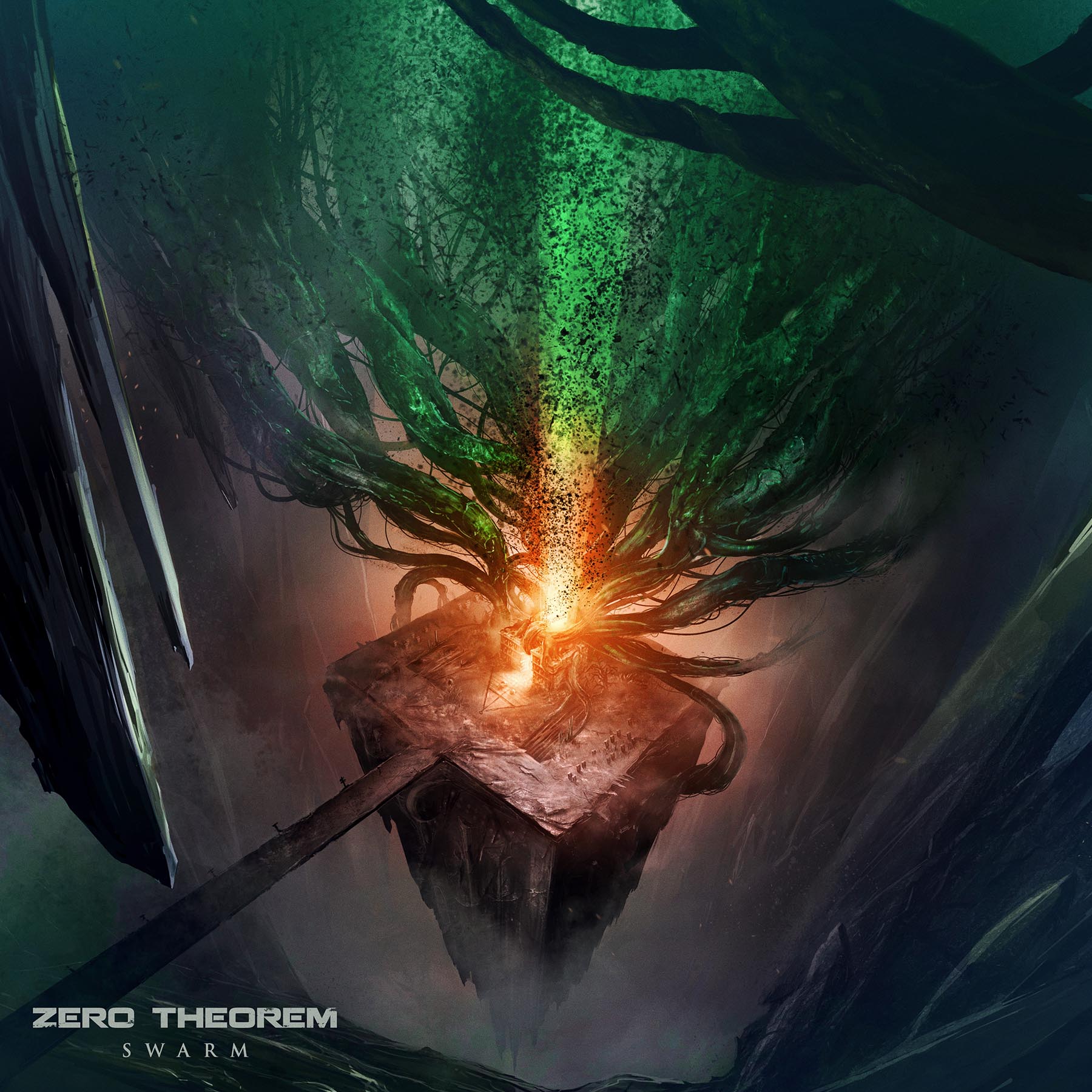 The band has been growing steadily since the release of their first EP, “Ataraxis” in 2018. That EP yielded Top 30 BDS Active Rock singles ‘Area’ and ‘Becoming’, which received placements on key Hard Rock & Metal playlists on all major streaming services.  Zero Theorem has accumulated more than 7 million audio streams of their music to date.  The band toured extensively throughout 2019, playing more than 80 shows, including opening for Nonpoint and Hyro The Hero, as well as a headlining club tour.

The band released the single and video for “You” in the fall of 2019, and “The Killing I” EP in January of this year in anticipation of 2020 tour dates, including the “Save The World Tour” with Fozzy, Through Fire and Royal Bliss – only to have all tour dates pushed back due to the COVID-19 outbreak.   The band hopes to get back out on the road in the fall – conditions permitting.

ZERO THEOREM online: Website | Save or Listen to “Swarm”