WEDNESDAY 13 is celebrating All Hallows Eve with the release of a wicked new cover of INXS‘s hit song “Devil Inside”, now available on all streaming services. A video for the creeptastic single, filmed and directed by Vicente Cordero (3TEETH, SEPTEMBER MOURNING), will air during the band’s highly anticipated “Halloween Spooktacular!” event on Saturday, October 31 live from Whisky A Go Go in West Hollywood, California.

WEDNESDAY 13‘s namesake front-man comments: “Just in time for Halloween, we’ve been saving this track for something special, and what better way than with a music video for Halloween. The INXS cover of ‘Devil Inside’ was recorded during the ‘Necrophaze’ sessions with producer Michael Spreitzer.

“I have a great memory of this song as a kid in the late ’80s. I actually witnessed this song scare a family member to the point that they screamed at the radio, TURN IT OFF!!”

Hosted by Wednesday 13, the “Halloween Spooktacular!” pay-per-view variety show will feature special surprise guest appearances, skits, videos and a headline musical performance by the band. The event will air live on October 31 and will be available to stream until November 2. 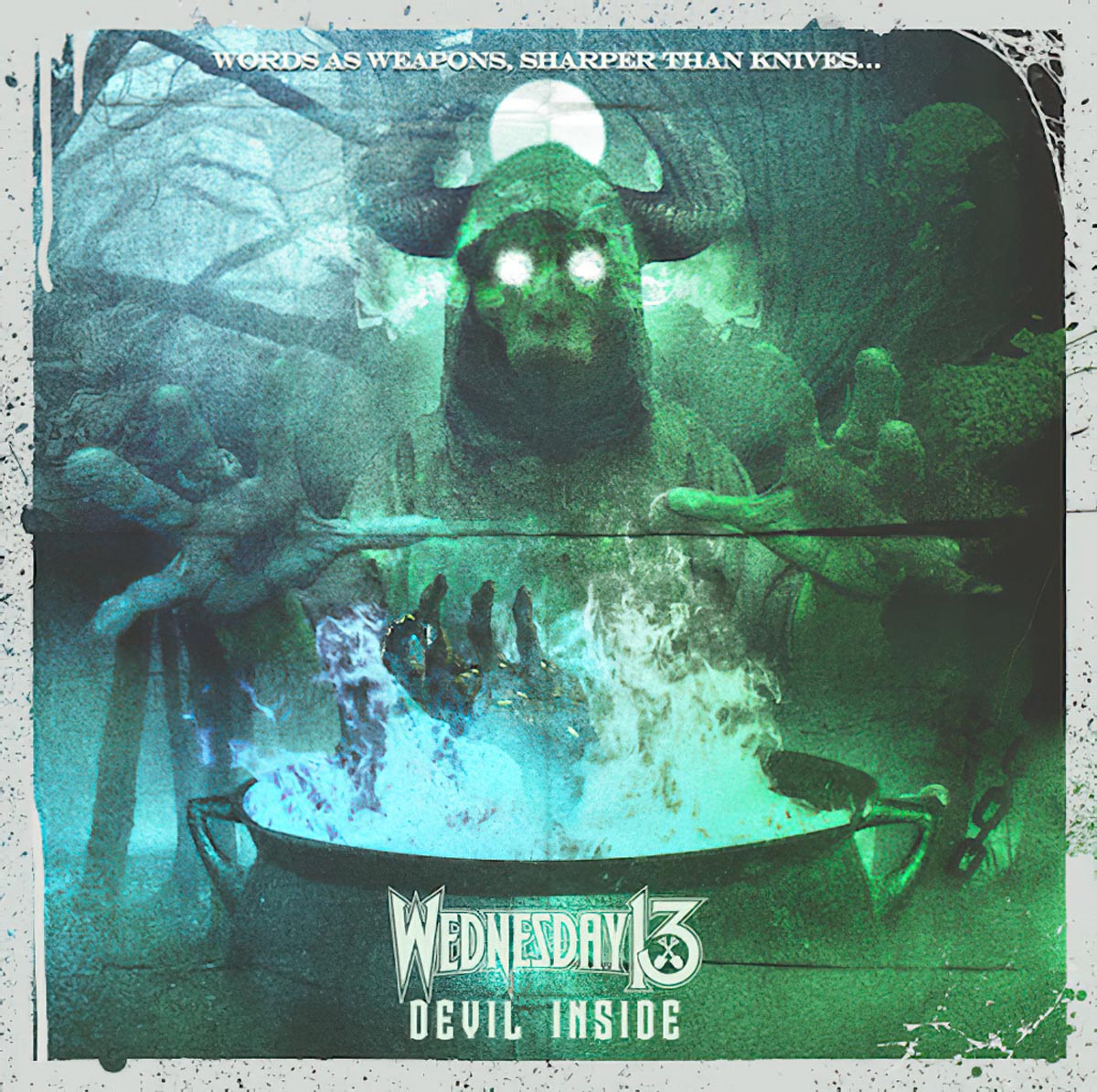 Wednesday 13 states: “I’m beyond excited about this Halloween special. This is inspired by all of the Halloween specials from ’70s and ’80s that I grew up on. Doing just a normal concert is boring to me. This is a full-on variety show, with enough Soook to make you puke. Don’t miss the sickest Halloween show of 2020 at the world-famous Whisky A Go Go.”

WEDNESDAY 13‘s latest album, “Necrophaze”, was released in September 2019. Heavily influenced by the real-life night terror occurrences of Wednesday himself, historical serial killers, and a slew of ’80s horror films, the ideas behind the LP are bizarrely familiar, frightening, and a hell of a lot of fun. Being a collector of both media and toys, Wednesday 13 was inspired by a craving for variety to create dual album artwork for this release. The covers showcase either end of the horror spectrum with a “Creepshow” comic book vibe for the LP artwork, and the eeriness of something akin to John Carpenter‘s “The Fog” adorning the CD.

“Necrophaze” was recorded by Michael Spreitzer, who is the producer, recording engineer and longtime guitarist of DEVILDRIVER, and is the first WEDNESDAY 13 record to feature guest spots, which include performances by Alice Cooper, Roy Mayorga of STONE SOUR (who provides an eerie, authentic, ’80s-inspired synth soundtrack-score to the album), Alexi Laiho of CHILDREN OF BODOM, and Cristina Scabbia of LACUNA COIL. Also making an appearance on the album is Jeff Clayton, member of legendary punk bands ANTISEEN and GG Allin‘s MURDER JUNKIES.