Produced by The Del Fuvio Brothers (Portnoy and Sherinian), “MMXX” will be released as a standard CD package, Limited Edition 2 CD package (which includes instrumental mixes and a cappella excerpts), 2 LP + CD package, and on all digital formats. Pre-orders are now available at this location and they will include an instant download of “Goodbye Divinity”.

Mike Portnoy comments about the single: “From the minute we finished writing “Goodbye Divinity”, I knew we had our album opener and the first release off the album. I even remember posting on social media how excited I was about the song the day I tracked it! The song has an immediacy that grabs you right away: great riffs, flashy playing and hooky vocal melodies. All of the elements that make up the SOA sound.”

“The video was directed by Vicente Cordero who I have now done over 20 music videos with and its look helps catapult the band from the Greek mythological past of the last album into the 21st century with this new album.” adds the drummer.

“Stylistically, we have followed the same path as the debut,” outlines drummer Mike Portnoy. “But we feel that it has come out stronger, simply because we know one another better. “Psychotic Symphony” was the first time the five of us had worked together, so there was bound to be an air of experimentation happening. Now, we can draw on having the experience not only of recording that album, but also of touring together a lot. And now there is clearly a lot more obvious chemistry going on.”

“We did 83 shows on the last tour,” adds keyboardist Derek Sherinian. “And it was so worthwhile, because we came out of it with a stronger bond, and that is certainly reflected in what we wrote.”

The writing process began at the start of the year, as Portnoy, Sherinian and guitarist Ron “Bumblefoot” Thal got together. “The three of us were at my home studio in Pennsylvania,” explains Portnoy. “And it took about three weeks to get all the music written. That was a very smooth process. The last time, it certainly must have felt a little weird for Bumblefoot to be writing with Derek and me, because we were strangers to him. Now, we know one another better and that helped things push along.”

“Because we all have our home studios, it meant everyone could record there as and when they had opportunity,” continues Sherinian. “We all had the luxury of being able to take our time to get all the parts done, which was a huge help in the way the album’s come out. I suppose in all, it took about eight months to record everything.” 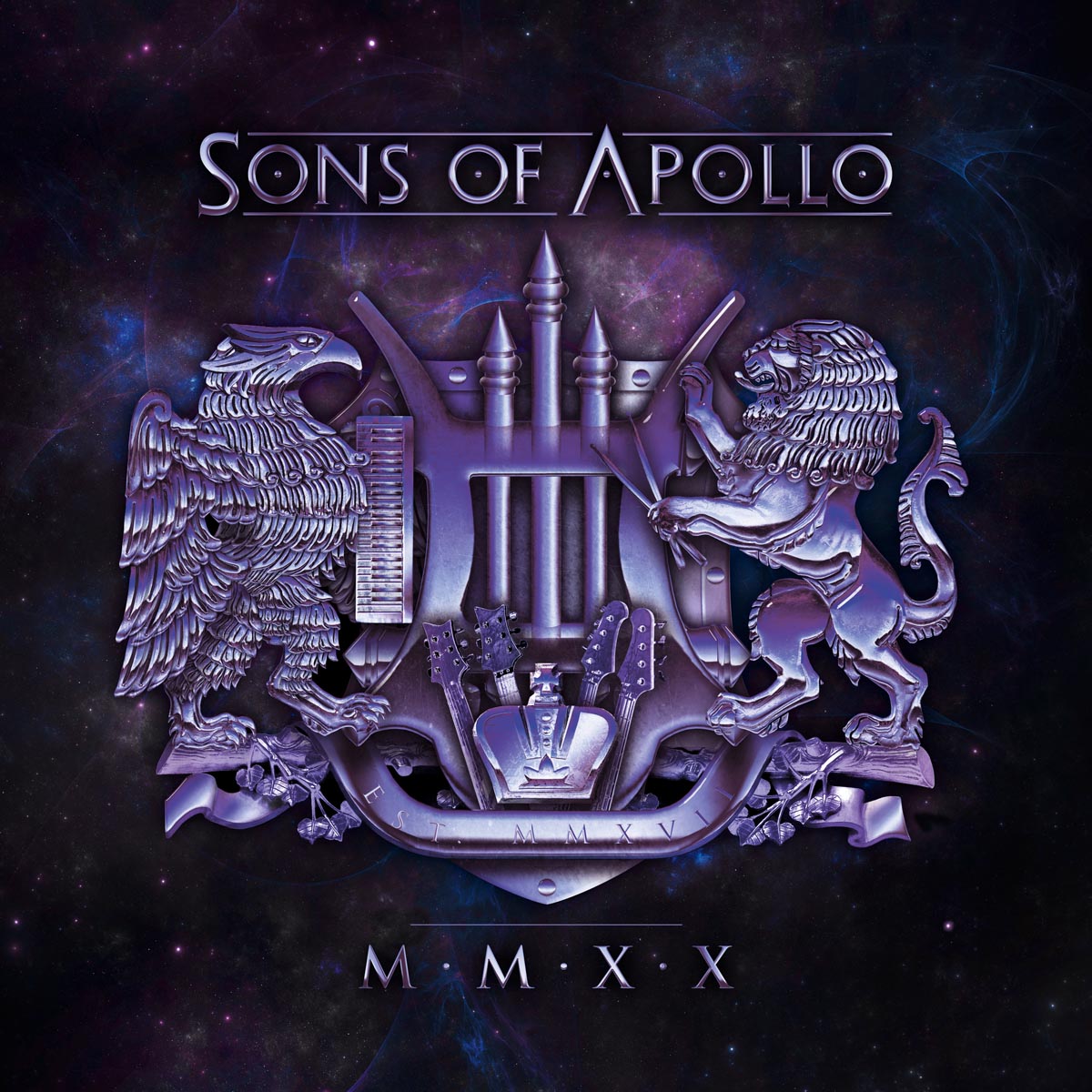 There are eight tracks on “MMXX”, with variations in length totaling 60 minutes. “The final song is ‘New World Today, which is 16 minutes long,” says Portnoy. “This one has elements similar to ‘Opus Maximus’ and ‘Labyrinth’ on the previous album. It has some insane, brilliant instrumental moments, which I am sure the fans will love.”

“We wanted to do something epic here, as we did with ‘Opus Maximus’ last time around,” adds Sherinian. “You have to remember that Mike and I come from Dream Theater, where we never bothered about how long a song was. So, for us doing a 16 minute track is not a problem.”

The track-listing “MMXX” for is as follows:

SONS OF APOLLO headlining “MMXX World Tour” will launch January 24 in Pomona, CA and will take them around the world throughout the new year. Tickets are on sale now.  Check out SONS OF APOLLO at any of the following stops: 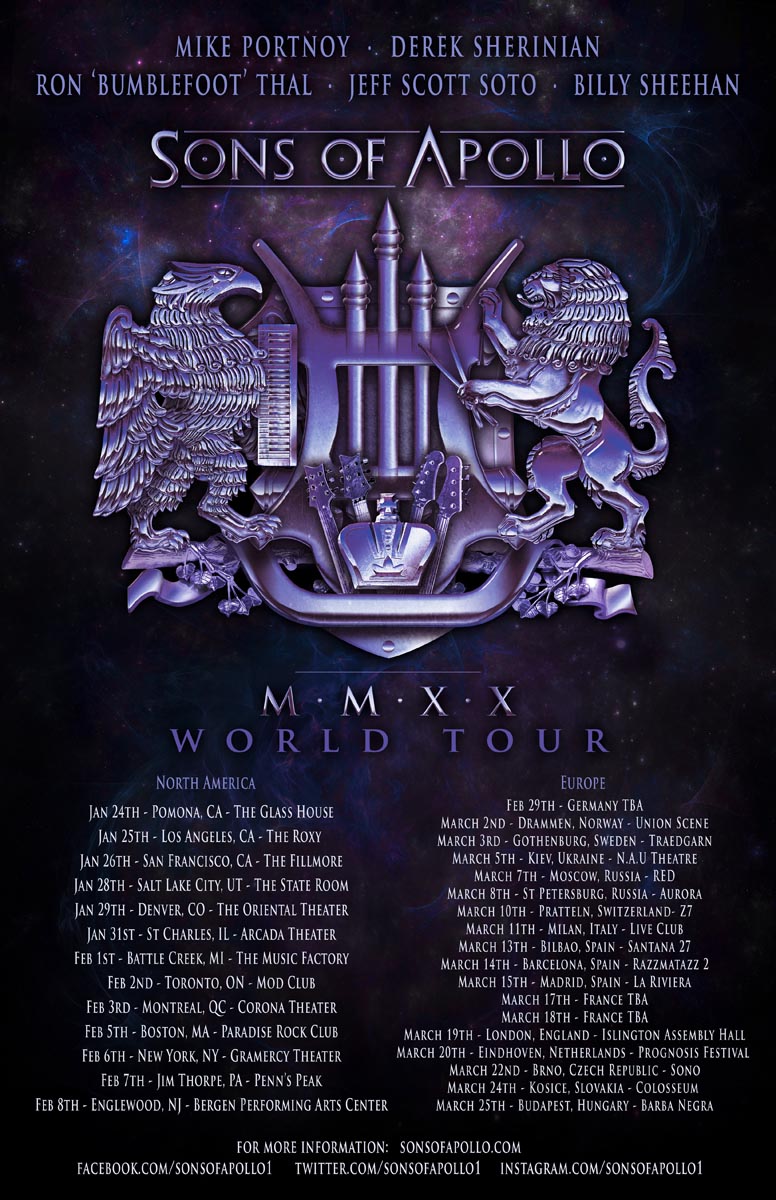