“Today we are absolutely chuffed to announce the release of our 2nd album “After Death” with this new video-clip for the song “Invisible War”. The video was shot in an old German World War 2 bunker near Berlin and captures the vibe of this song perfectly. It wasn’t easy to realize the filming under the current circumstances, but we are pleased with the result and the whole filming and production. We really hope you will enjoy this clip and the album… It’s been a long time coming but it’s safe to say we’re excited to share our new art with you! Crank the volume!” – INSIDIOUS DISEASE 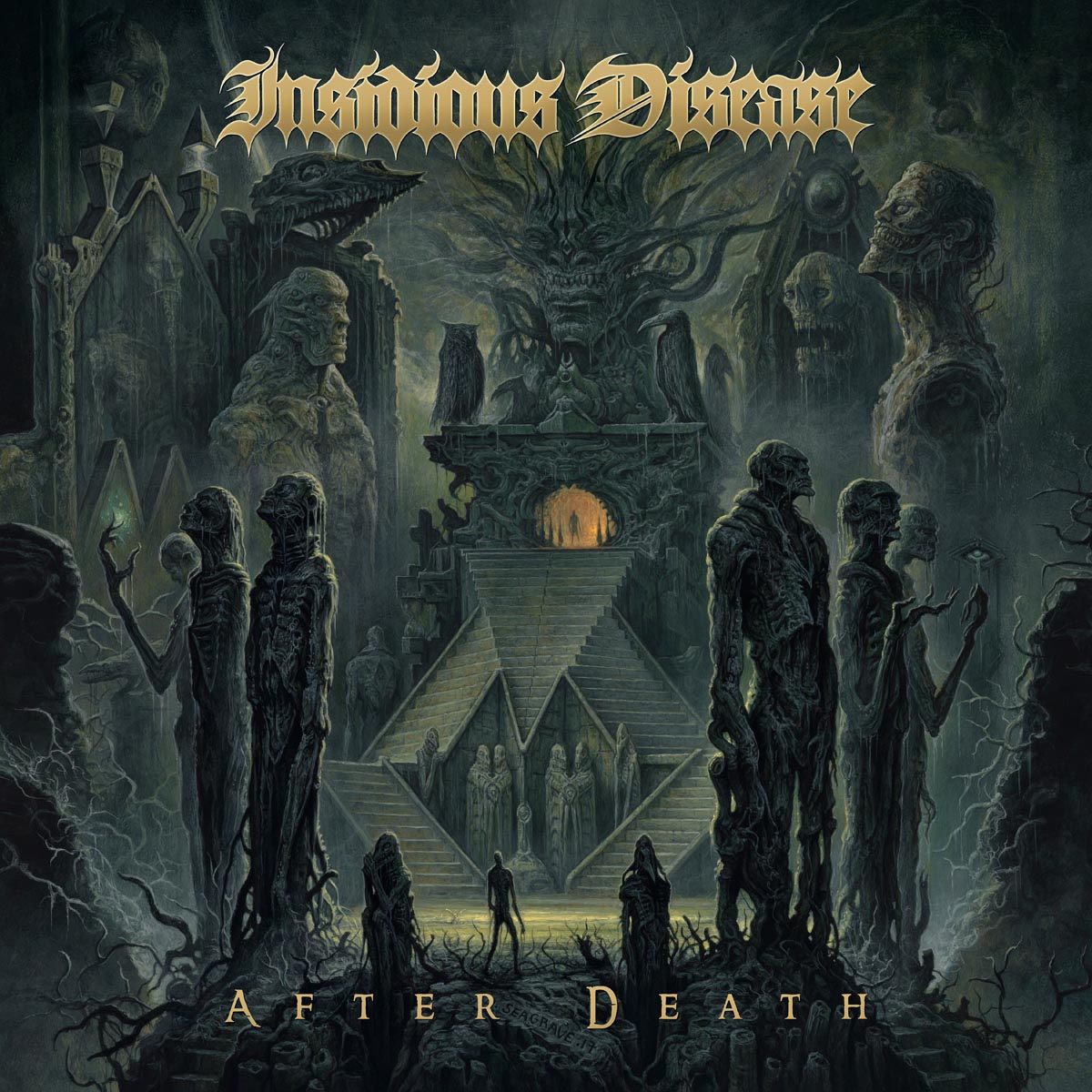 Asked what brought Grewe and Silenoz together to form and create INSIDIOUS DISEASE, the DIMMU BORGIR guitarist said: “The lust and need for the old-school vibe and making music together with like-minded people was what brought us together in the first place. You know, always talking about doing something for the fun of it. For the most part, that never happens; it usually starts and ends with alcohol-infused drunk talk. But I launched it finally together with Jardar and Tony back in ’04. Then we brought Shane along shortly after that before I contacted Marc to see if he would consider doing the vocals. I’ve always been a huge fan of his style and I love others that is in the same vein, like Martin Van Drunen [PESTILENCE, ASPHYX], Jeff Becerra [POSSESSED], Chuck Schuldiner [DEATH], etc. those who have that ‘insane’ feel and honesty in the delivery. They stand out and we didn’t want the typical gurgling, low-end stuff like most bands do, even if that’s cool as well at times it doesn’t do much when identifying a band, it has become such an important thing especially the last 10-15 years. Identity and authenticity are what’s important in music. It doesn’t always have to be ‘groundbreaking,’ ‘new’ or ‘modern’-sounding. A good record is a good record regardless.”