The world of progressive rock is buzzing today, and Dream Theater fans all over the world are screaming of joy. After 10 long years guitarist John Petrucci and drummer Mike Portnoy have appeared playing together for the first time, in the official video for the single “Terminal Velocity”, coming off Petrucci’s sophomore solo album of the same name which will be released this August 28th  on digital platforms and on October 30th in physical formats, via Sound Mind Music/The Orchard. Check out a piece of history in the video below – directed by the talented Wayne Joyner – which premiered today via Guitar World.

Said the Dream Theater guitarist about the track, “Terminal Velocity was actually the first new song that I wrote for the album when I entered the studio in March of this year. It stemmed from one of the many ideas and seeds that I had collected over the past several years. I literally began with the opening motif and built the rest of song from there. I think it’s a great lead-off single and nicely represents a few of the different stylistic sides of this record that I wanted to explore as a guitar player; the melodic/thematic side, the riffing side and the shred side.”

Petrucci continued: “The video was created by Wayne Joyner, who made all of the promotional videos for Dream Theater’s Distance Over Time album as well as all of the 2019/2020 DT live tour visuals including all of the updated Scenes from a Memory video content. The tracking footage in the studio has a play-through sort of vibe while Wayne did his magic adding amazing 3-D graphics and special visual effects to help tell a story. I think the end result is a really unique and engaging video that captures the song’s energy and definitely does the first single justice.”

“Terminal Velocity” follows Petrucci’s debut solo effort, 2005’s “Suspended Animation” and marks the first time he and Portnoy have recorded together in over a decade, as well as the first since Portnoy departed Dream Theater.

Like he did for its predecessor, Petrucci wrote and produced the all-instrumental “Terminal Velocity” and had Dave LaRue (Flying Colors, Dixie Dregs) rejoin him for bass duties. James “Jimmy T” Meslin handled recording, with Andy Sneap oversaw mixing and mastering. The artwork was created by Sean M. Smith at Echo Designlab (Stone Sour, Hollywood Undead, In This Moment)

Regarding why he chose to record his second solo LP now, Petrucci  have said: “Originally, before the whole pandemic hit, I had planned on working on my solo album, because DREAM THEATER had some touring coming up, but there were, like, chunks of free months in the year. So I was, like, ‘If I don’t start it now, I’m never gonna do this.’ And then everything hit and closed down and everything got postponed, so I found myself with all this time on my hands. Basically, very shortly after I got home from that [last DREAM THEATER] tour, I started working on my solo album — two months straight, five days a week. I got it done in about three months.” 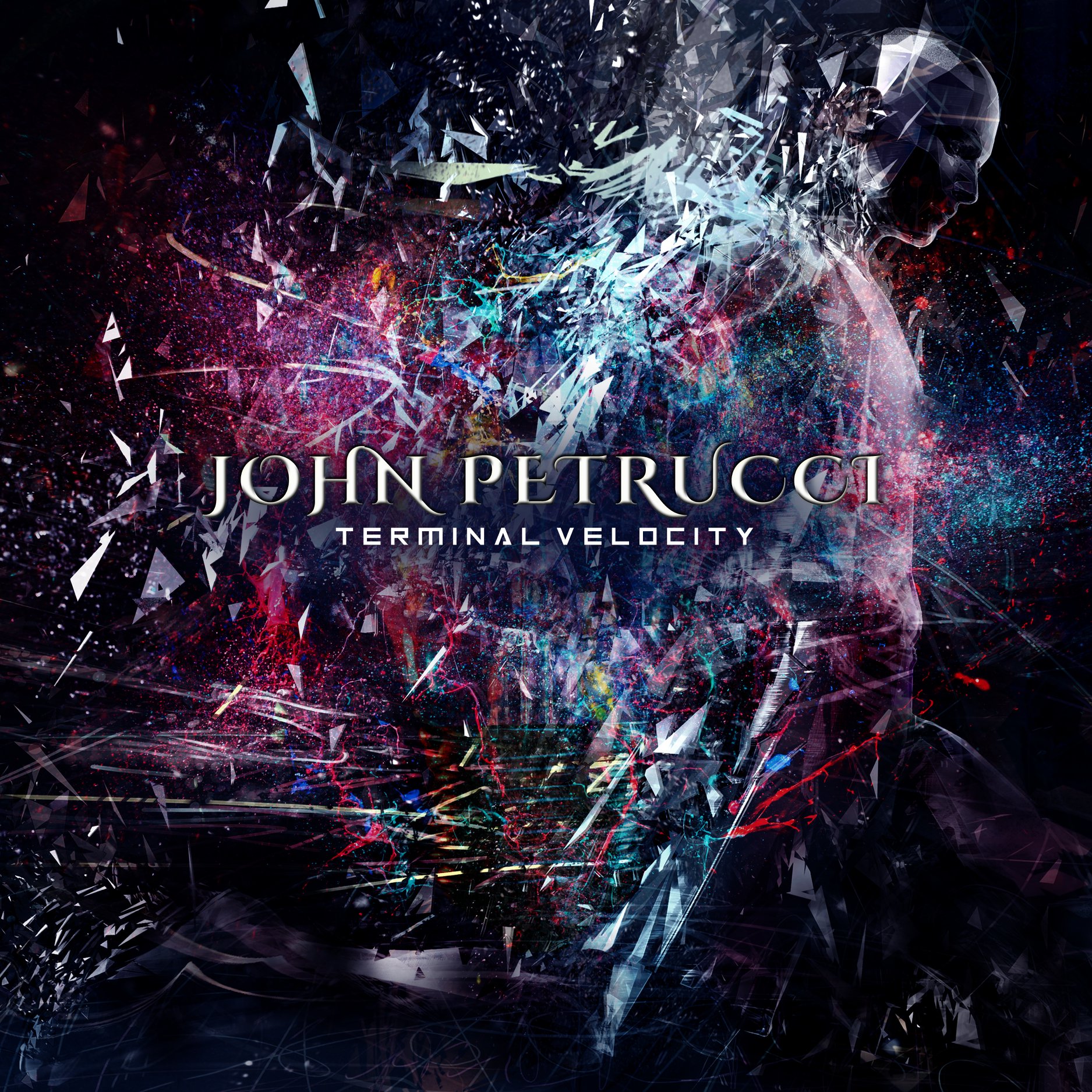 Pre-order “Terminal Velocity” on digital format at this location. Limited colored 2LP-Vinyl (Clear & Black Metallic and Metallic Silver & Black) signed by John Petrucci, as well as signed CD-Digipaks (limited to 200 copies) will be exclusively available at Newbury Comics and can be ordered here. 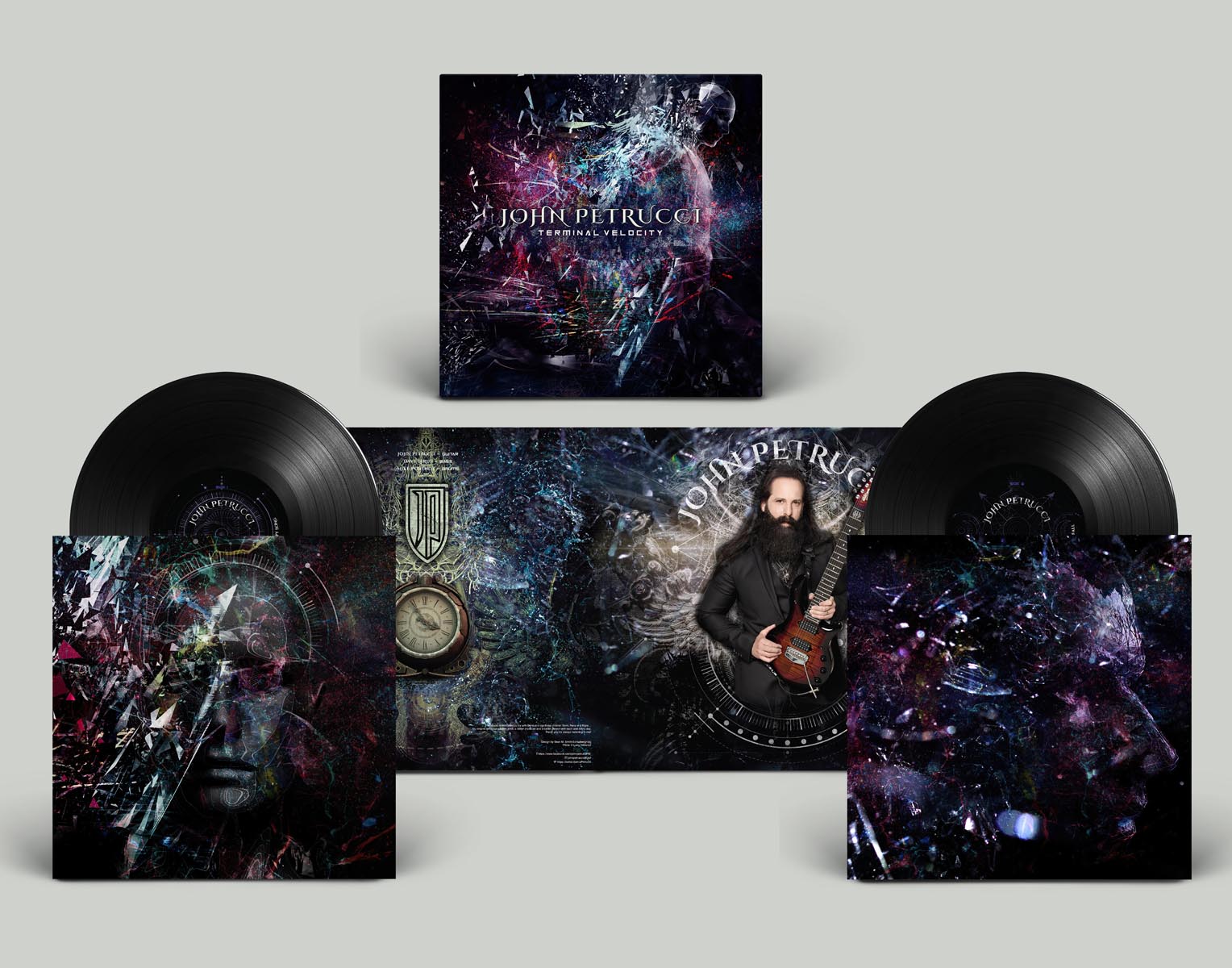 Petrucci recently told Billboard: “Having Mike play drums on this record was really special for me, and he did an absolutely incredible job navigating the various styles and technical challenges my music presented in the way that only he can do. It was very cathartic for the both of us, I think, to be playing music together again after all these years, and it really felt great. Mike’s spirited, intuitive and energetic playing truly helped to elevate these new songs to a level that I couldn’t be happier with.”

Asked how much of the material on “Terminal Velocity” is brand new and how much of it is left over from previous songwriting session, Petrucci said: “There are nine songs on the album, and two of them I had played live on ‘G3’ previously and at my [guitar]camp. One of them is a really old song from the early ’90s when I was doing guitar clinics. Actually, it’s called ‘Gemini’, and there’s a snippet of it on the ‘Rock Discipline’ video I did back in ’95; there’s a little bit of me playing that. So, for anybody that knows of that song, it’s sort of an interesting little throwback to that, ’cause I never got a chance to really record it properly. There was one song I had written, I guess, around the same time as ‘Happy Song’ and ‘Glassy-Eyed Zombies’ that I played on G3, but I never did anything with it. Honestly, I kind of forgot I had it. It’s called ‘The Way Things Fall’. When I was looking through all my files and everything, I was, like, ‘I forgot about this song,’ and I had a full demo of it. I was, like, ‘This is really cool.’ So I was able to record that for real. And then that leaves the remaining five songs, which are all brand new. And I wrote those and recorded those, along with the other four, again, over about two months.”