German industrial metallers RAMMSTEIN have announced the rescheduled dates for their North American Stadium Tour. The original trek was slated to take place this summer, but was postponed due to COVID-19.

The band states: “The tour will now begin on August 22, 2021 in Montreal and end on October 1, 2021 in Mexico City; the full list of rescheduled dates are below. All tickets for the original shows will be honored at the rescheduled dates. Ticket holders will receive an email notification from the ticketing company soon that includes information on how to request a refund if you are unable to attend the rescheduled date. Unfortunately, the previously scheduled show in Washington, DC has been cancelled due to scheduling issues, and refunds will be available at point of purchase. To purchase tickets for the 2021 tour, please visit rammstein.com. Thank you so much for your patience, and we are looking forward to seeing you next year!”

This past May, RAMMSTEIN announced the rescheduled dates for its European stadium tour. The new RAMMSTEIN European shows will take place in May, June, July and August 2021, with all tickets purchased for the original concerts valid for the new dates.

RAMMSTEIN‘s seventh, untitled album came out in May 2019 via UME/Spinefarm in Europe and Caroline Records in the U.S. The band’s first studio disc since 2009’s “Liebe Ist Für Alle Da” was produced by Olsen Involtini with RAMMSTEIN and was mixed at a Santa Monica, California studio with Rich Costey, an American producer who has previously worked with MUSE, RAGE AGAINST THE MACHINE and FRANZ FERDINAND, among others. 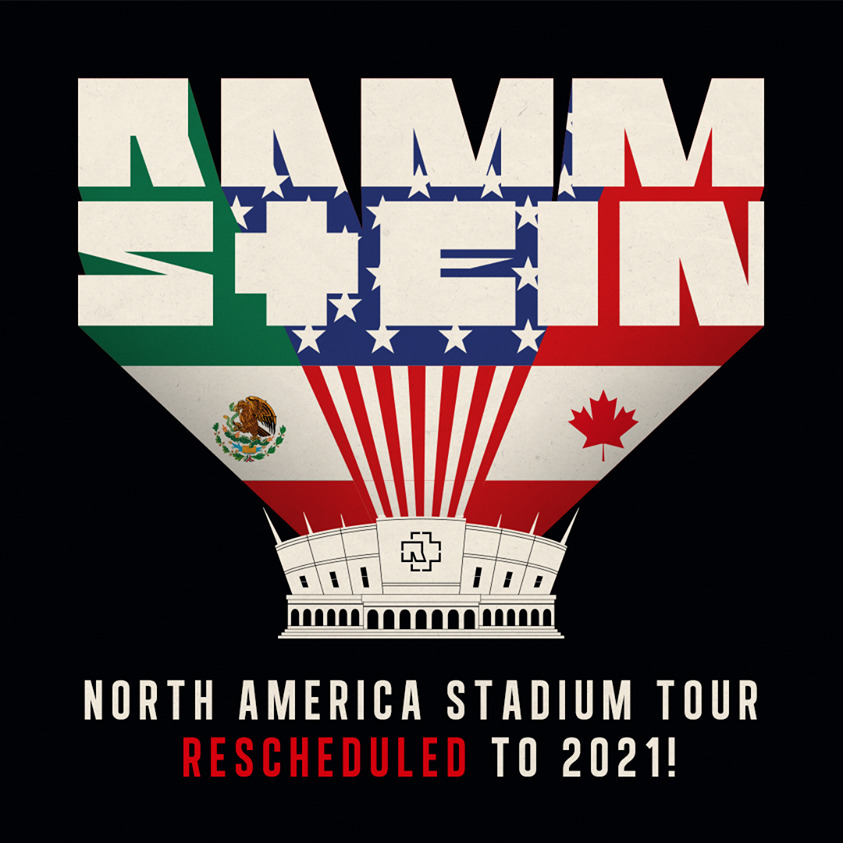