It’s Christmas Time! THE NIGHT FLIGHT ORCHESTRA heralds the time of cosy evenings, hot chocolate and snowy fields. The Swedish Classic Rock cabin crew welcomes their fans musically with a sparkling champagne to the open fire, releasing their Christmas single ‘Paper Moon‘ on November 27th! So, put on your best holiday outfits, turn your radio up to eleven and watch the video for THE NIGHT FLIGHT ORCHESTRA‘s Christmas present below.

The band states:
“So, just in time for the Christmas Holidays, The Night Flight Orchestra are releasing their new single ‘Paper Moon.’ A moody Swedish melodrama over an enticing discobeat, the song is about all those emotions that you usually are able to repress, but which come bubbling up to the surface whenever sentimental times like Christmas are approaching. It’s a song about the ones you love, but also about the ones you loved and lost, and the ones you loved from a distance, but who disappeared from your life before you ever had a chance to tell them how you really felt. And you’ve tried so many times to silence those voices in the back of your head with Champagne and painkillers, but it never really worked, did it?
‘Paper Moon’ is the soundtrack to all your past failures, but also to new, shaky, hungover beginnings.”

The song, featuring Rachel Hall on the violin, was written and composed by Björn ‘Speed’ Strid, recorded and produced by THE NIGHT FLIGHT ORCHESTRA, mixed by Sebastian Forslund and mastered by Thomas Plec Johansson. The video for ‘Paper Moon‘ was directed and produced by René U. Valdes. 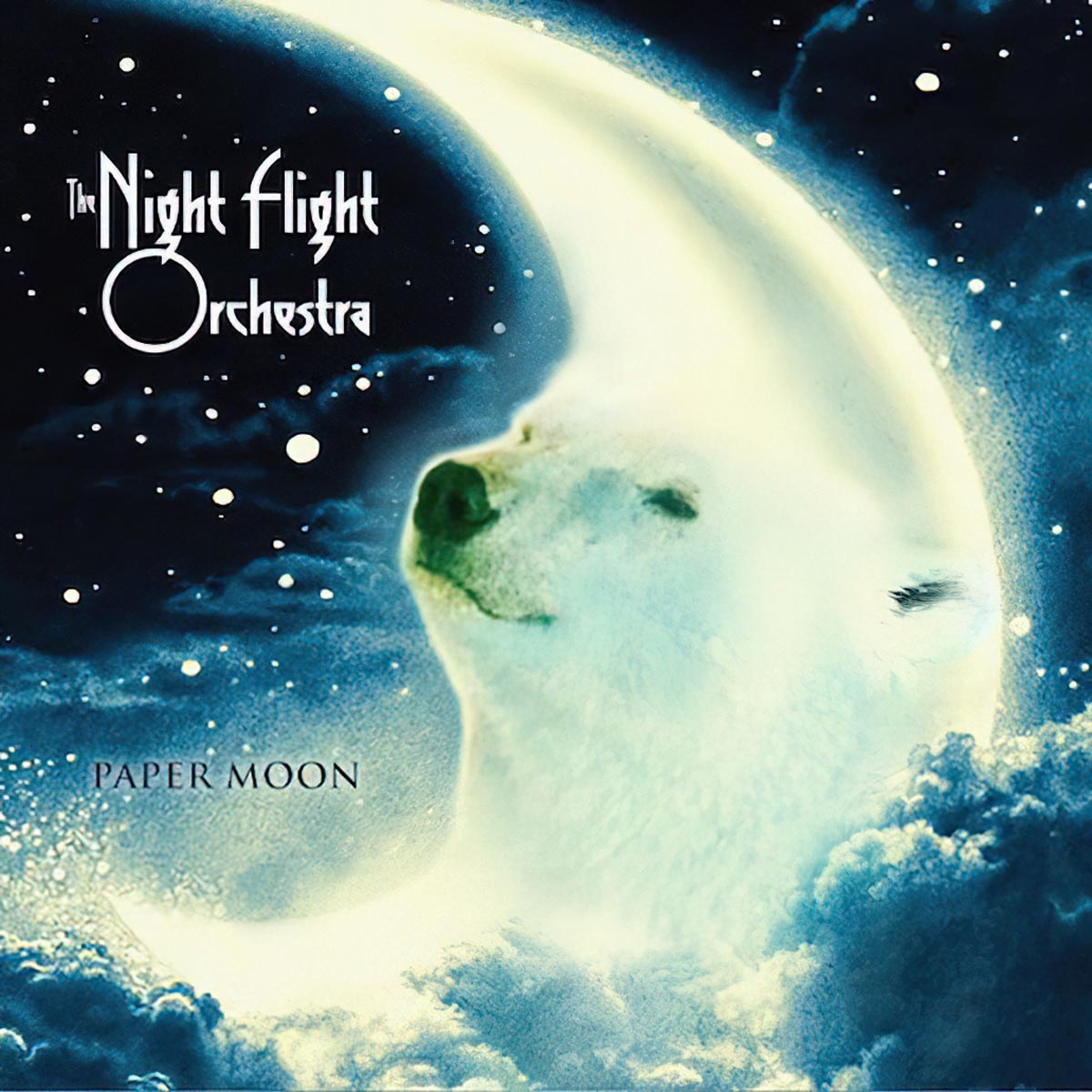