Sunstorm, a project created, overseen, and directed by President and A&R director of Frontiers Records Serafino Perugino, was originally designed to showcase a musical style similar to singer Joe Lynn Turner’s Melodic Rock/AOR roots. After five successful releases, Sunstorm will now be a vehicle for one of the most impressive vocal talents to emerge in recent years in the form of Lords of Black and Rainbow singer Ronnie Romero. Romero’s debut album with Sunstorm, “Afterlife” will be released on March 12, 2021. Fans can get their first taste of the album with the release of the single and video for the track ‘Swan Song,’ which is out January 15th. Watch it below.

Given Turner’s desire to work on heavier music styles and move away from the original melodic rock direction of the early Sunstorm albums that Perugino wanted to bring the band back to (a demand often made by followers of the band), it appeared Sunstorm might be at an end. But Perugino decided to follow his instincts and keep the project alive and move it back towards the original musical style that was established with the early albums. But with Turner out of the picture, who could replace the formidable vocalist?

Ronnie’s name came about when the label decided that continuing the successful project was a must and that the music being crafted would put it back at the forefront of the scene… assuming the right vocalist was involved. And who better than Romero with his powerful vocal style?

With producer Alessandro Del Vecchio as usual handling the songwriting and Perugino overseeing the A&R and creative direction, the new Sunstorm album will surely catch many in the melodic rock fanbase by surprise! For the first time, the amazing Ronnie Romero enters into melodic hard rock territory…and with outstanding results!

On joining Sunstorm, new vocalist Romero says, “For me, it’s very special to join and take part in the new Sunstorm album since it always was one of my all time favorite Frontiers projects. To accept the huge task and responsibility of replacing JLT is a challenge I just couldn’t pass on! To work with Alessandro was fantastic. We have very melodic and strong songs throughout the album and I’m pretty sure the Sunstorm fans are gonna love every track, as I do. Especially the singles, but ‘Swan Song’ is probably my favorite. A very melodic song, a lot of backing vocals (something that I always wanted to do, a special and different approach on the vocal production side for me), the band sounds fantastic and it will be one of the highlights on the album, guaranteed! Can’t wait for the fans to listen to the album!! At this point, it’s cranking in my car everyday. : )”

“‘Swan Song’ is a very special song to me. Maybe you write a song or a letter or whatever and it’s you conveying your instinct that something that will happen in the future? Like a future you are envisioning through your words? Here’s what this song is about. Anybody can relate to losing a friend or breaking up in a relationship and crying out your own swan song. I honestly think this is one of the best songs Simone and I ever wrote together and it showcases Ronnie’s melodic and emotional side of his voice and Simone’s best soloing on top of a very inspired band. I couldn’t be happier that Frontiers chose this song as the first single. The perfect bridge into our future as a band. Melodic, deep, inspired and anthemic. This is Sunstorm at its best!” says Del Vecchio. 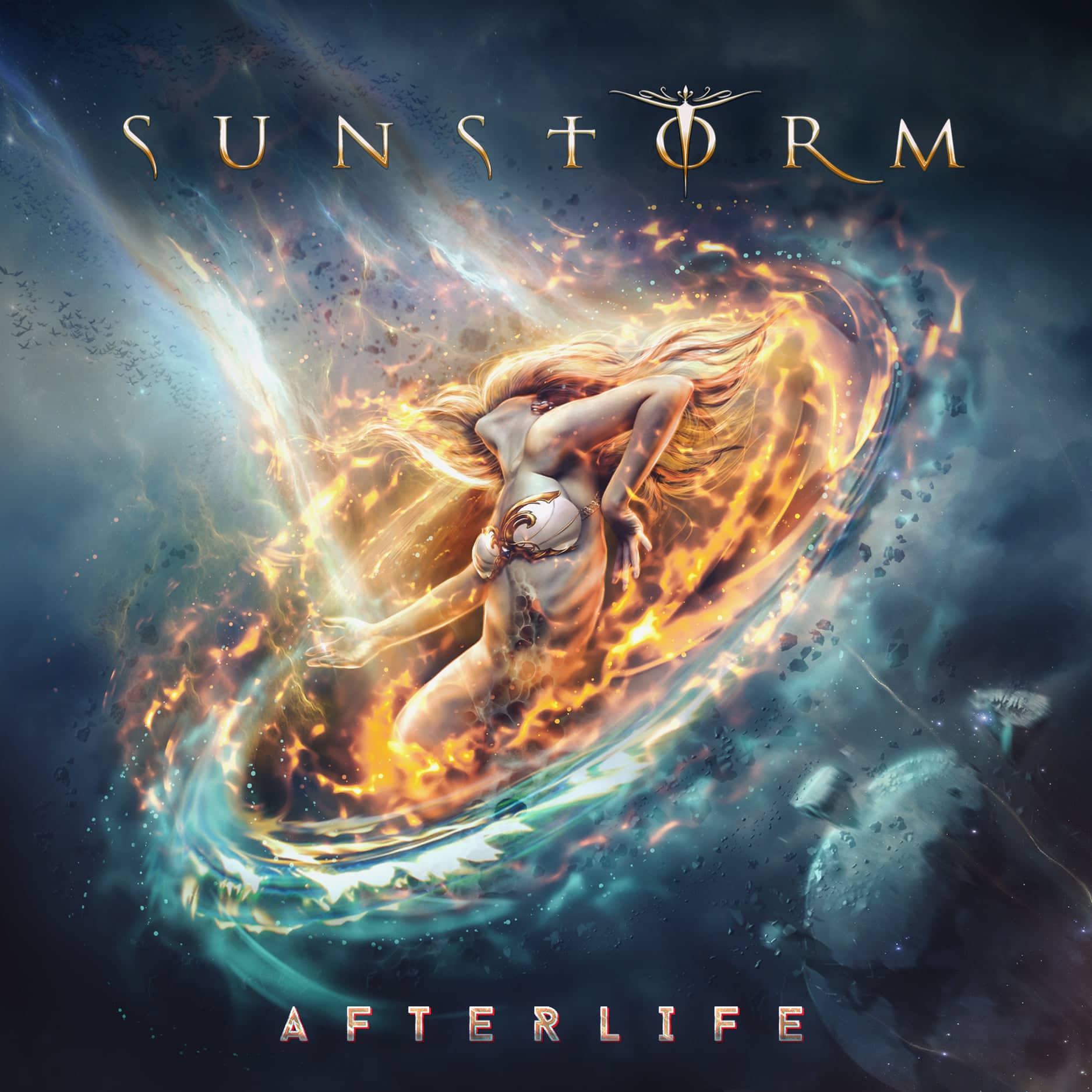