California greatest livestream export STEEL PANTHER have been forced to amend their virtual concert plans due to a rise in COVID-19 cases throughout the United States. With Los Angeles recently updating its health and safety regulations, the enacted stay-at-home order means Michael Starr, Satchel, Lexxi Foxx and Stix Zadinia have to postpone their upcoming Gobblefest livestream this weekend. All tickets will be valid when the event is rescheduled, and more information will be shared when available.

To give fans around the globe — and really anyone with a pulse — something to enjoy, the band has released a re-worked version of its song “Fuck Everybody”, from their latest album “Heavy Metal Rules”, now re-titled “Fuck 2020”. The newly recorded version includes updated verses that reflect the insanity of this year. As stated as only STEEL PANTHER can: “Fuck 2020. 2020 can suck my dick.” Exclusive “Fuck 2020” merchandise can be found here, and the new music video can be seen below. The song will be available on all streaming partners on December 7 — the original release date for the song. Anybody who purchased tickets to Gobblefest will get a free download of “Fuck 2020”.

STEEL PANTHER said: “This year has been fucking tough on everyone. We were excited to hang with you all at Gobblefest this weekend and hopefully have some laughs, but COVID has other plans for us. We hope you enjoy the new song in the meantime. It has become an anthem for the band — and not just because we wrote it. Please join us in telling 2020 to suck our collective dick.” 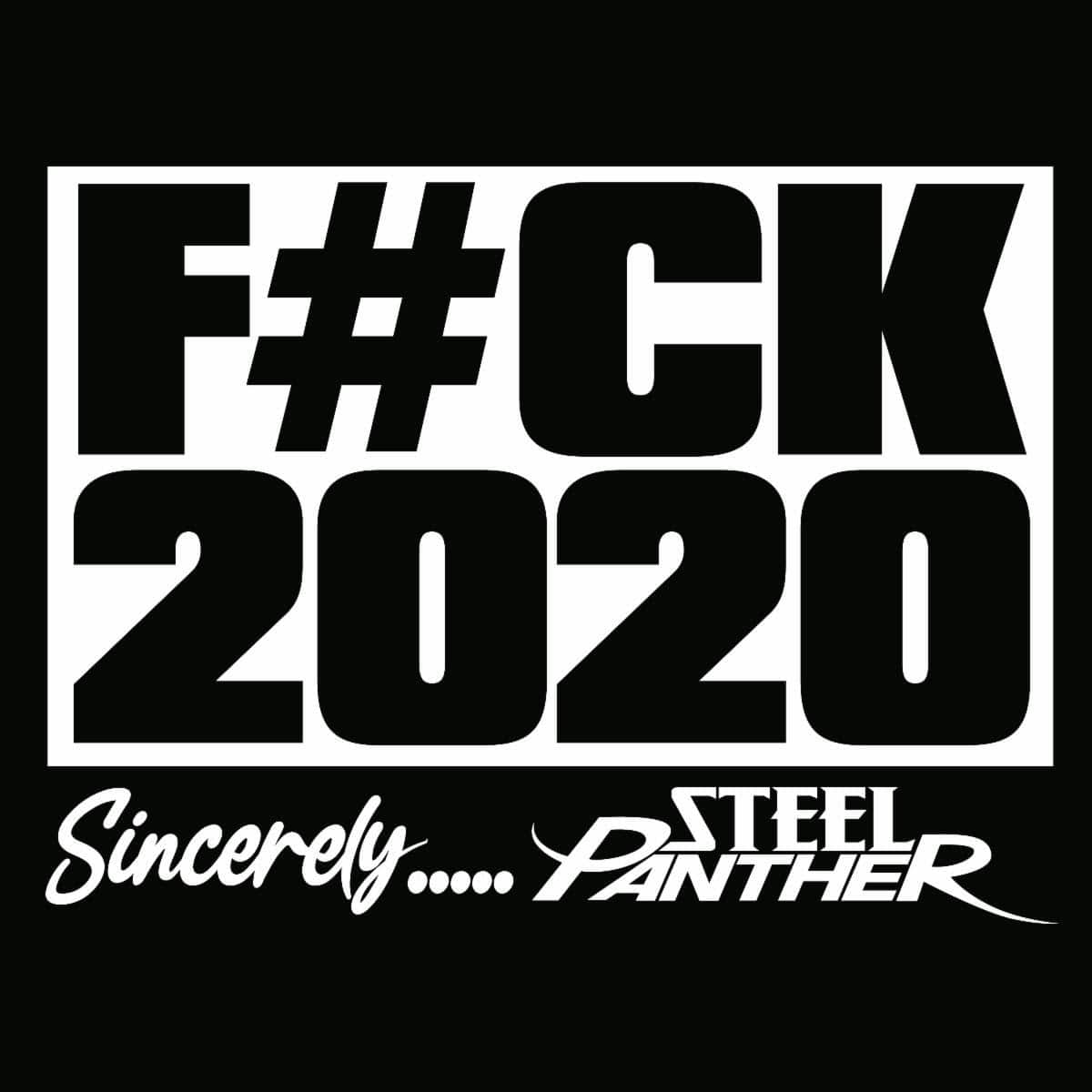 “Heavy Metal Rules” was released in September 2019. The disc, which is described in a press release as a “heavy metal version of a self-help manual and ultimate party album combined,” was once again produced by Jay Ruston, who collaborated with the band on all of its previous recordings, including 2017’s “Lower The Bar”.

STEEL PANTHER are currently sitting home practicing social distancing and self-gratification thanks to the Coronavirus. The band is planning to return to the road during some month that will kick off in some city with some other bands once the world returns to normal. More information for all things STEEL PANTHER can be found at www.steelpantherrocks.com.

Twelve years ago, STEEL PANTHER changed its name from METAL SKOOL to its current moniker and shifted the focus of its act from ’80s metal covers to originals.