Thirteen years after its release, Skindred are excited to announce the re-release of their second album “Roots Rock Riot”, via UK independent label Hassle Records’ recently-launched imprint, Hassle Hindsight. The album will be available on February 26th 2020, and can be pre-ordered now here.

Written in the basement of a Newport boxing club, recorded in America and laying the groundwork for everything that followed it, “Roots Rock Riot” is an important piece of Skindred’s history – a piece that this re-release celebrates.

The first record of their discography to feature what would become the permanent line-up of vocalist Benji Webbe, bassist Daniel Pugsley, guitarist Mikey Demus and drummer Arya Goggin, it started its life as that difficult second album. What it became completely transcends that, book-ending a difficult period of the band’s existence and boldly kicking down the door to the future of their illustrious career.

Benji remembers delivering the vocals with the same passion he employs in front of a festival crowd, and recalls, “I’m not one of those people who cheers when they’ve finished a record. But I’m always thankful to get to make my art, blending contemporary British music and Jamaican music, with my friends. On Roots Rock Riot I think we did that excellently.”

Mikey meanwhile sees this re-release as an opportunity to examine how he and his band have come on in the years since. “I’m really proud of the record,” the guitarist enthuses. “I had a hell of a lot of fun making it and it features some really important Skindred tracks.”

Producer Matt Squire (Panic At The Disco / Neck Deep) brought the whole album to life and realizes its importance in cementing Skindred as one of the most important bands in the British heavy rock scene. “Longevity is all about being real,” he states. “Times were changing when the album was made, and if the band hadn’t been real in what they did they might have been passed off as a metal band with an innovative singer. Roots Rock Riot presented Skindred as a band with amazing songs. Those songs are made up of a crazy amalgamation of sounds, while remaining absolutely undeniable.”

Available on vinyl for the first time as well as CD, the re-release of “Roots Rock Riot” features rare cuts and previously unheard music. As well as the complete track-list of the original, the vinyl version of the record comes with an additional 7” containing two exclusive tracks: ‘It’s A Crime’ (previously only featured on the Japanese release) and ‘Struggle’ (never released). The CD release also contains both those tracks and an acoustic version of ‘Destroy The Dance Floor’.

If that’s not enough, the re-release is also accompanied by some exclusive merchandise pre-order bundles. Available in the bundles are three 12” vinyl color variants (Transparent Orange, Transparent Green and a special 3-color Red, Yellow & Green), a t-shirt and a turntable slip-mat, both of which feature a classic design from the original “Roots Rock Riot” release. Pre-orders are available here. 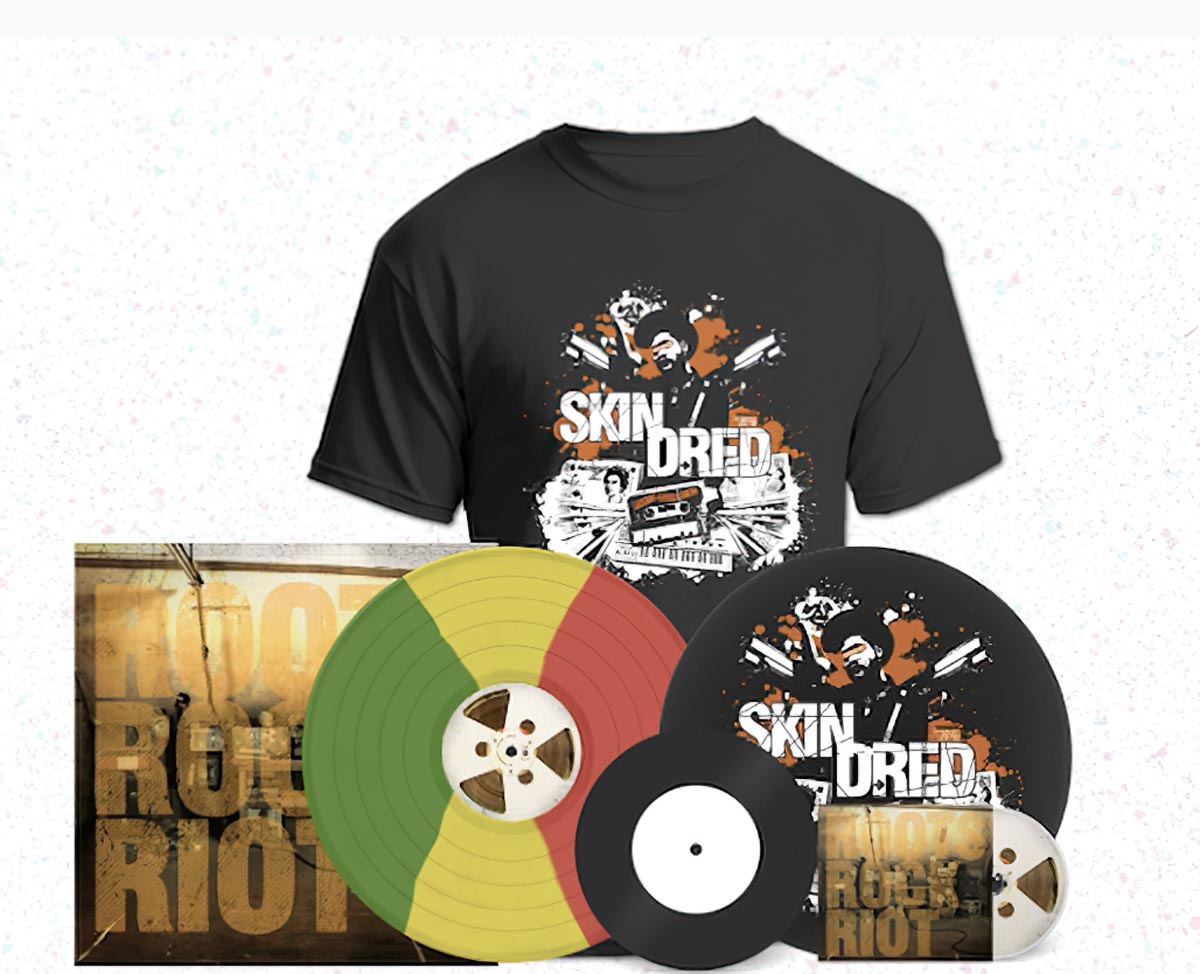