SMITH & MYERS — the duo comprised of SHINEDOWN members Brent Smith and Zach Myers — has released dual songs from its newly announced full-length album “Smith & Myers Volume 2” out October 23 via Atlantic Records, that will follow the release of “Volume 1” on October 9.

Original track “Bad At Love” is a vulnerable and personal song about the difficulties of staying in a romantic relationship when you have a gypsy heart, full of clean guitar coils and finger-snaps, and is accompanied by a brand new video directed by Sanjay Parikh.

“Bad at Love” is paired with the release of a grungy, re-imagined version of Billie Eilish‘s “Bad Guy”. “Smith & Myers Volume 2” is available for pre-order now and features five original tunes and five re-imaginings of fan-submitted songs including OASIS‘s “Don’t Look Back In Anger”, Peter Gabriel‘s “Sledgehammer”, Billy Idol‘s “Rebel Yell”, and R.E.M.‘s “Losing My Religion” (full track listing below). Additionally, both the CD and LP — which collect volumes 1 and 2 in one package — are also available now for pre-order. The double LP is pressed on 180-gram vinyl and available in an exclusive limited edition shiny black vinyl in the SMITH & MYERS store. The vinyl will be released November 13.

“‘Bad at Love’ was one of the very first original songs to be written for the project,” says Brent. “I think ultimately the song was born from my own romantic relationships. When I love someone, I love them fully, and sometimes the passion can be too much. I always know when it’s time to move on. That being said, I am extremely grateful that I am still very good friends with the ladies I have loved, and still love, to this day.”

Zach adds: “‘Bad At Love’ was one of the first original songs we wrote for this album … Lyrically, Brent was writing about things in his life that maybe we wouldn’t really touch on with SHINEDOWN and I think it came out to be an incredibly naked and honest song. And I think ‘Bad Guy’ turned out very cool — it’s a nice bluesy version of the song.”

The new songs and the announcement of “Volume 2” comes on the heels of SMITH & MYERS‘ recent release of their original single “Not Mad Enough”, which was written in the immediate aftermath of George Floyd‘s death, expressing the intense emotions that followed and laying bare a plea for racial justice through direct and urgent lyrics over acoustic guitar. The song was released alongside a poignant version of “Rockin’ In The Free World” highlighting Neil Young‘s timeless lyrics that are just as relevant today over lone piano. These two songs, featured on “Volume 1”, share a vision for change and equality and introduced SMITH & MYERS‘ eloquent songcraft, indelible melodies and glorious vocals created with nothing more than a microphone and an instrument or two. 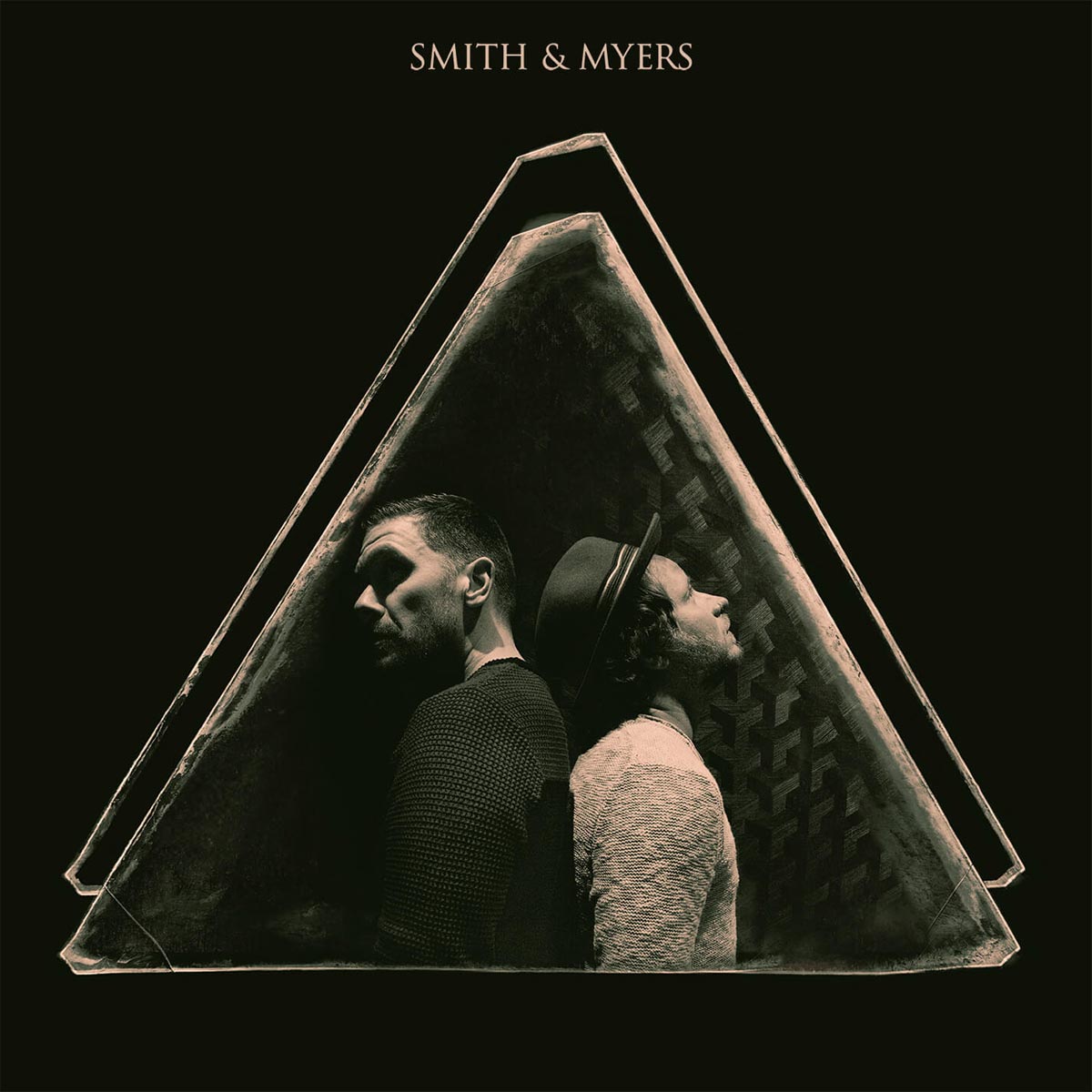 With two hearts and one truth, lifelong musicians, longstanding friends, and eternal brothers Smith and Myers put forth a body of work encompassing vulnerability, fearlessness, honesty, outrage, love, and understanding. “Smith & Myers Volume 1”, produced by Grammy Award winner and longtime collaborator Dave Bassett, is the duo’s first full-length album and first original music since releasing a pair of acoustic cover EPs, “Acoustic Sessions, Part 1” and “Acoustic Sessions, Part 2”, in 2014 when fans first fell in the love with the magic that is created between Brent and Zach in the studio and on stage, leading to SMITH & MYERS live shows that instantly sold out.

With no boundaries on what their songwriting could discuss on the new album, Brent and Zach explore everything from certain personal topics that they have left largely unexplored until now, to commentary on children being ripped from their parents at the border, to the reactive nature of social media, to our national reckoning with racial and systemic injustice– focusing not on politics, but on right and wrong and our connection as human beings.

On October 8, SMITH & MYERS will co-headline “Come Together”, a virtual music festival organized by Sound Mind Live in celebration of World Mental Health Day (October 10), with all proceeds supporting mental health resources and programs in response to the COVID-19 pandemic. The event, which will also feature performances from Jason Isbell, Kiiara, American Authors, Jade Bird and more, will be streamed live on Thursday, October 8, at 8 p.m. ET/5 p.m. PT via the Relix YouTube channel in support of the cause. The National Alliance on Mental Illness of New York City is a founding partner of this landmark event, and AbbVie is the presenting sponsor. Experts from Mental Health America, MusiCares, and National Alliance on Mental Illness of New York City will provide information on virtual mental health resources, support programs, and best practices for self-care as the individuals and families navigate these challenging times. Viewers will have the opportunity to access a live interactive chat and donate in real time, with proceeds benefiting affiliates of National Alliance on Mental Illness (NAMI) from around the country and their pandemic-response mental health programs.