US metal legends Sanctuary announce 2019 North American Headline tour with Ghost Ship Octavius as support. The band will be performing Refuge Denied in its entirety for this run. The tour starts on July 11th in Atlanta, GA and wraps on August 17th in Seattle, WA. The band will be hitting up major markets along the way like Brooklyn, Chicago, Detroit, Portland and more. Tickets are available for purchase at this location.

Formed in 1985, Sanctuary are widely regarded as one of the most unique and captivating acts ever to emerge from Seattle. The band’s 1988 debut album Refuge Denied, produced by Dave Mustaine (Megadeth), quickly established the band as a household name for high-class metal. Blending the best of British and American influences musically as well as having late singer Warrel Dane‘s unique soaring vocals and powerful lyrics, Sanctuary were able to conquer fans all around the globe, upping the ante considerably when unleashing the darker, more refined masterpiece that is Into The Mirror Black in 1990. While the grunge style brought Sanctuary‘s commercial career to an unfortunate halt, the end of the band’s first phase meant the rise of Nevermore who released several much acclaimed albums via Century Media Records between 1995 and 2010.

In 2011, Sanctuary celebrated its live comeback, performed at high profile festivals such as Wacken, Metalcamp, Bloodstock as well as on the 70,000 Tons Of Metal and Barge To Hell cruises. The Year The Sun Died, released in 2014, marked Sanctuary‘s very well received comeback album and spurred massive live on tours through Europe, Japan, and the United States. Sanctuary released their fourth studio album beginning of 2017, which acted as a prequel to the band’s debut album Refuge Denied. Now, after the passing of legendary singer, Warrel Dane, the band is back with new material in the works, a headline tour, and singer, Joseph Michael, of Witherfall in tow. 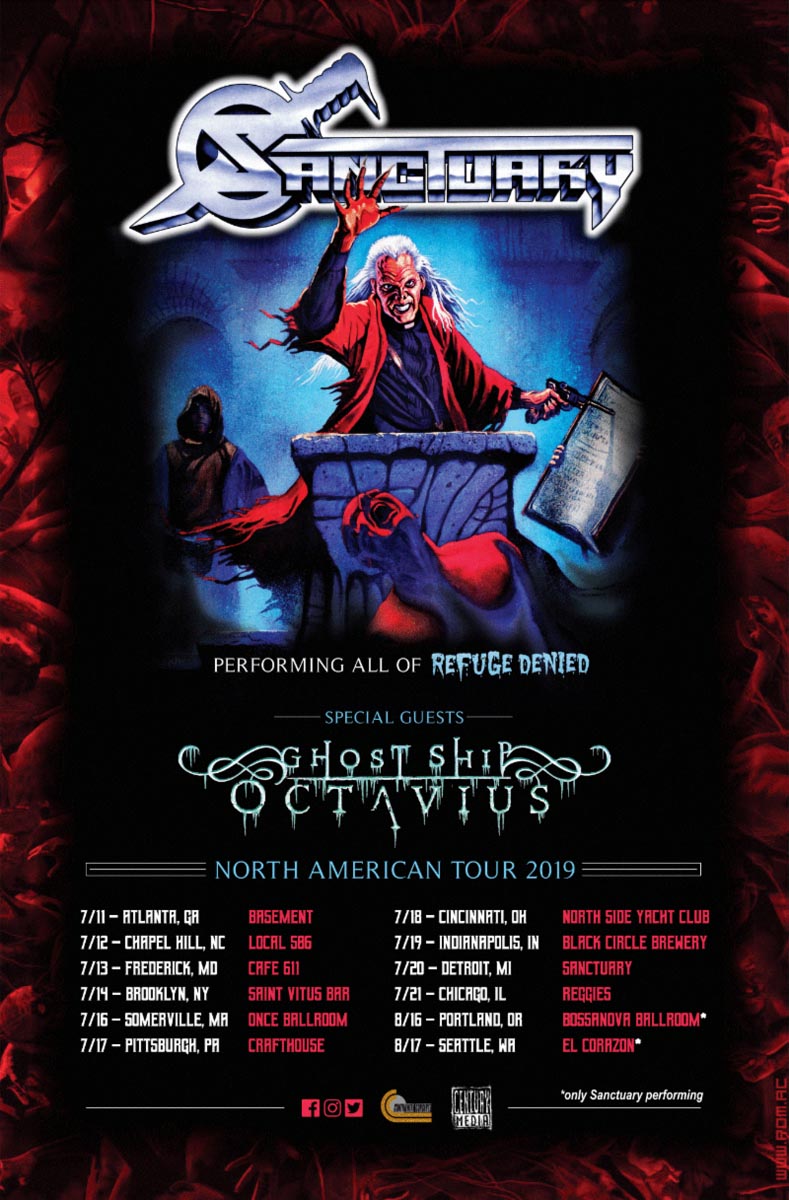