Greek extreme metal veterans ROTTING CHRIST have released an official trailer for “The Heretics”, their new album which will be released on February 15 via Season Of Mist. The artwork for the disc was created by Greek artist Maximos Manolis. The band previously released lyrics videos for the lead track “Fire, God and Fear” and “Heaven and Hell and Fire”, both of which can be seen below as well.

With “The Heretics”, ROTTING CHRIST is opening a brand new chapter. Sakis, in collaboration with his brother Themis on drums, achieves a perfect balance of amalgamating the band’s classic and unique style of riffing and rhythm with exciting new elements sprinkled in to keep its material exciting and fresh. The experience is enhanced by Jens Bogren‘s equally clear and transparent yet also massive as well as sombre mix and mastering at his widely renowned Fascination Street Studios, where bands like AMORPHIS, BORKNAGAR, MOONSPELL, and DEVIN TOWNSEND (To name a few) have mixed and mastered their albums.

With more than 30 years, 13 studio albums, a dozen EPs, singles and split releases, as well as more than 1,250 shows under their belt, 2018 marked the year of ROTTING CHRIST‘s “Their Greatest Spells”, where the band musically revisited its exciting legacy to connect its past with the present. 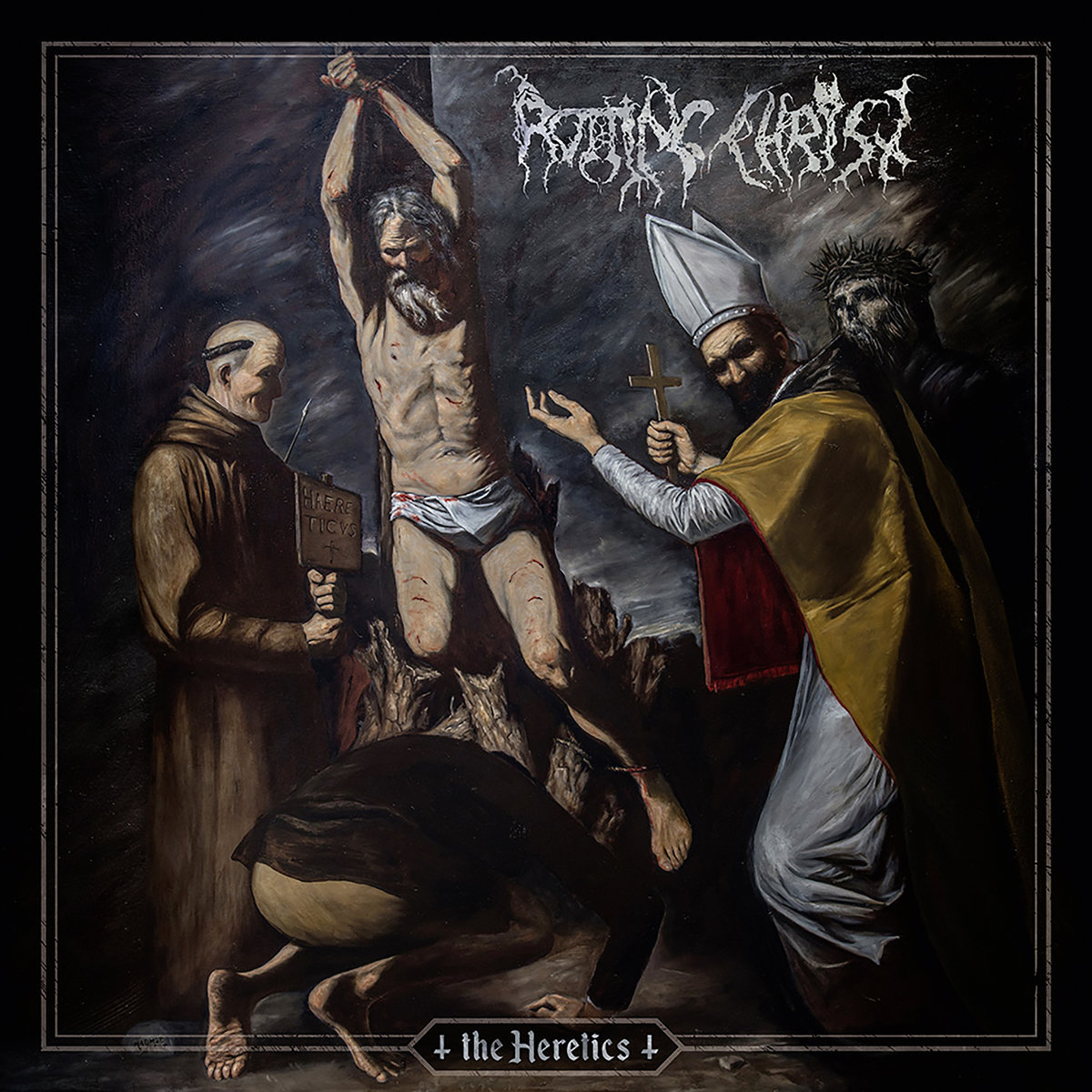 ROTTING CHRIST were the first Greek band to break out from the underground and make their impact felt worldwide and they are now returning with ‘The Heretics’. In a signature style honed by 30 years of toil and triumph, the quartet deliver heavy metal thunder so epic that it could have been forged by the gods themselves. The anthemic “Heaven and Hell and Fire”, “The Raven” and “Fire God and Fear” are staggering in their size and breadth. The power and majesty of ‘The Heretics’ can only be achieved by a band with a lifetime’s devotion to heavy metal, and proves these pioneers to be among the genre’s all-time elite.