Renowned guitar virtuosos Rodrigo y Gabriela have made a spectacular chart debut with their acclaimed new album, METTAVOLUTION, available now via ATO Records for streaming and download. The duo’s fifth studio LP and first album in five years entered Billboard’s Americana/Folk Albums chart at #1 with 1st week equivalents in excess of 11,000 – Rodrigo y Gabriela‘s second best sales week ever. In addition, the new album arrived at #2 on Billboard’s Rock Albums, as well as #10 on Top Album Sales and #71 on the overall SoundScan/Billboard 200. The song “Mettavolution” is currently top 25 Triple A.

METTAVOLUTION has also earned critical acclaim to match its popular success. “For Rodrigo y Gabriela, the meditation is actually in the swirl of notes and rhythmic strums that circle around their music,” wrote NPR’s First Listen. “And if we follow their lead, there is a meditative quality for the listener as well. METTAVOLUTION closes with a 19-minute version of ‘Echoes,’ Pink Floyd’s rock masterpiece famously performed live in an ancient Roman amphitheater in Pompeii, Italy. Like its masterful catalog, Rodrigo Y Gabriela gives the music new life with just two guitars.”

“METTAVOLUTION finds the duo locked back in,” wrote Glide, “and where their last record was dedicated to their influences, this time it is all about the visceral primal passion of playing and what originally connected them to music. The title track opener kicks a rock beat behind the guitar strums as the producer David Sardy loads up the bass, shaker and voice synths to propel the sound forward.” 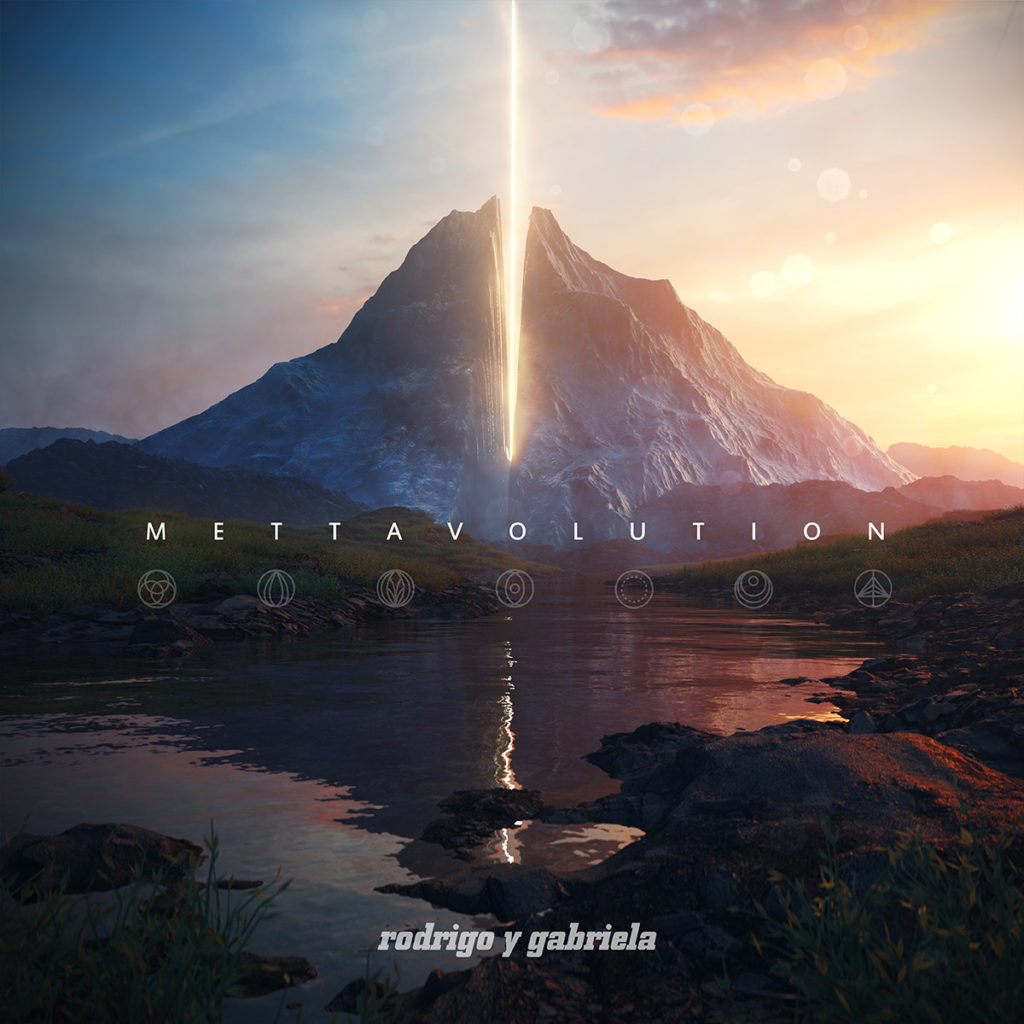 Pitchfork praised the album’s original material, writing, “The crunching ‘Terracentric’ and the blurrily agile lines on ‘Witness Tree’ move like hand-cranked cars on a slotted track, wound up by (Rodrigo y Gabriela’s) extremely athletic wrists and then turned loose. The dance break ‘Cumbé’ and its slower-breathing follower ‘Electric Soul’ simmer down a bit and lay out their chemistry more simply, to warmer and more pleasant effect, but the dominant energy in part one is fast, heavy, and relentlessly precise… METTAVOLUTION reassures that for as long as they’re around, Rodrigo y Gabriela will be echoing their influences as only they can.”

METTAVOLUTION‘s title track and first official single, is currently ascending the top 30 at Triple A radio outlets nationwide. Rodrigo y Gabriela recently visited ABC’s Jimmy Kimmel Live! for a spectacular performance of “Mettavolution,” with exclusive choreography by Annie-B Parson (David Byrne, David Bowie, Laurie Anderson). The duo are joined by a group of six dancers holding matching guitars who move in motion to the past-paced, lyric-free instrumentals. As the musicians play faster and faster, the dancers leave their guitars behind and perform a choreographed dance behind the two. As the track comes to a climax, a several singer rise in the audience to intone alongside the quick-fire acoustic riffs. You can watch the electrifying video clip below.