RIVERSIDE have just released the first taste of their long-awaited seventh studio album ‘Wasteland’, in the form of the audio track “Vale of Tears”  which can be seen below. ‘Wasteland’ will be released via their longtime label partner InsideOut Music on September 28th, 2018 and marks the first studio album effort with newly composed music after the tragic passing of founding member and guitarist Piotr Grudziński on February 21st, 2016.

RIVERSIDE’s line-up and the credits for “Vale Of Tears” as follows:

Next to the standard edition of ‘Wasteland’ as Jewelcase CD, CD Digipak, and Digital Album, the release will also be available as limited edition Mediabook CD (with extended booklet, a bonus track radio edit version and a set of 3 stickers) and as Gatefold 2LP (on 180gr. vinyl with the album on CD as bonus and an Etching of the D-Side). The various editions and limitations of the vinyl release are as follows:

Pre-order “Wasteland“ in your format of choice of choice from the IOM webstore here or from other locations here. 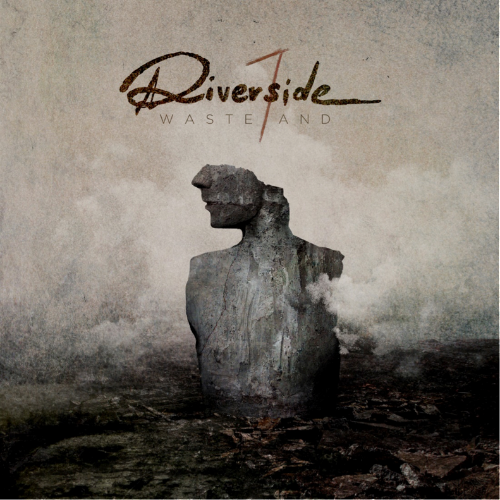 RIVERSIDE’s Mariusz Duda expressed about the album’s overall concept: “I’d been thinking about exploring “post-apocalyptic” regions for a long time. I read books, watched films, played video games, all connected by stories about an attempt to survive in a world that had just ended. But writing such a story myself didn’t make much sense until now. RIVERSIDE are starting a new chapter and after our recent experiences, a story like that has gained more meaning. “Wasteland” is mostly about what’s happening in the world these days but it also makes a reference to the tragedy that befell the band in 2016. Musically, we’ve returned to darker sounds but we have also turned a new page and recorded the album in a different style. It’s still RIVERSIDE but expressed in a much deeper and more mature way. Most artists say the same thing while promoting their new releases: that they have just created their best work to date. I won’t say that because everything we have done so far has been consistently very good and unique. But I will say that we have never had such an incredible emotional load on any of our previous releases, and it’s not likely that we will ever make such a charged album again. “Wasteland” is an epic, multidimensional, poetic and very deep album. Perhaps of the once in a lifetime kind.”

After having just performed on a string of European festivals including the prestigious Night Of The Prog Festival at the historic Loreley Amphitheater in Germany, RIVERSIDE will embark on the “Wasteland 2018 Tour” throughout October/November to support the release of their upcoming album. See an overview of all confirmed upcoming dates below. 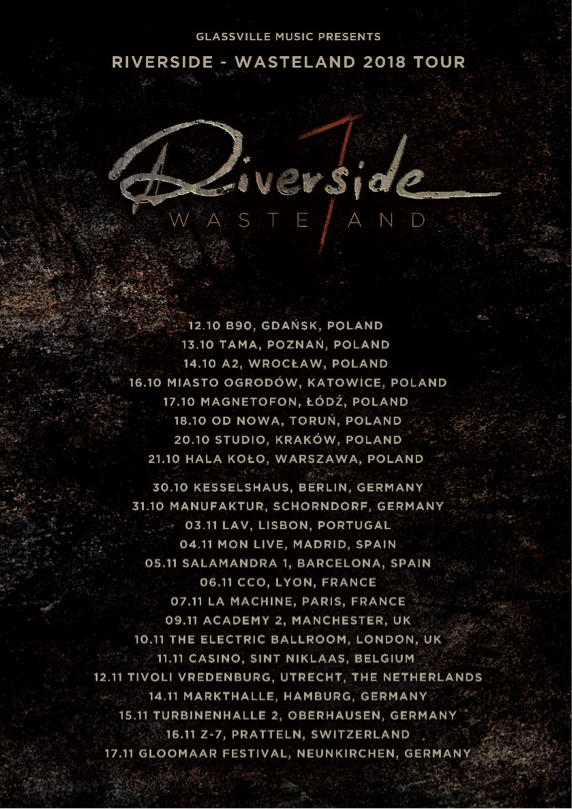