What do you know about Canadian Metal? If you’re not from Canada: probably just a tad bit more than the little you might know about Canadian history, given how criminally underrepresented both topics are on a global scale today. Enter OSYRON, a quintet from Alberta, CAN, who decided with their upcoming third output “Foundations” (release: July 10th) to address the world and set things straight for good. Check out the video for their new single “Ignite” below.

Their music, which in the past was slightly rooted in US speed metal and heavily influenced by European symphonic power metal, has culminated in one of the most feature-rich records of 2017, “Kingsbane”. With the new “Foundations” they’ve come a long way – it brings back all the trademarks that this gang of extraordinary musicians, composers and sound engineers has been loved and praised for since their first album “Harbinger:” Massive layered sections, luscious hooks and stuff that’s been composed to break fingers on fretboards.

The big difference lies in a sharpened focus. Everything about each of the five new compositions is meant to drill into the mind of the listener with no intention to leave. Five highly immersive, epic songs that carry a tremendous amount of musical heritage, while waltzing straight to the point, make for an exciting Canadian history lesson with zero filler material.

With the ego of the musician chilling on the backseat and the skill of the composer in front, Osyron have left the path of seeking the listener’s attention. Once their impelling, weeping riffs-capes appear at the horizon, one is already drawn in until the music stops, simple as that. Because they’ve done it all before, the band can now focus on opening an elegant bridge from old-school extravaganza to contemporary heavy prog-metal that just works as march music for thrashers, epic metal fans and proggers alike.Their captivating, sometimes Arabic feeling melodic arches enforce and carry a hefty narrative core and create a sensational contrast with a still present gutsy thrashiness – all woven into the open stage of a masterful production. The wide range of powerful vocal expression is spiced up with perfectly timed battle cries to bring back the desperate fierceness of Canadian troops in WW1, that somehow got treated with disregard by history classes around the world, despite their sad fate as cannon fodder for the British Commonwealth. 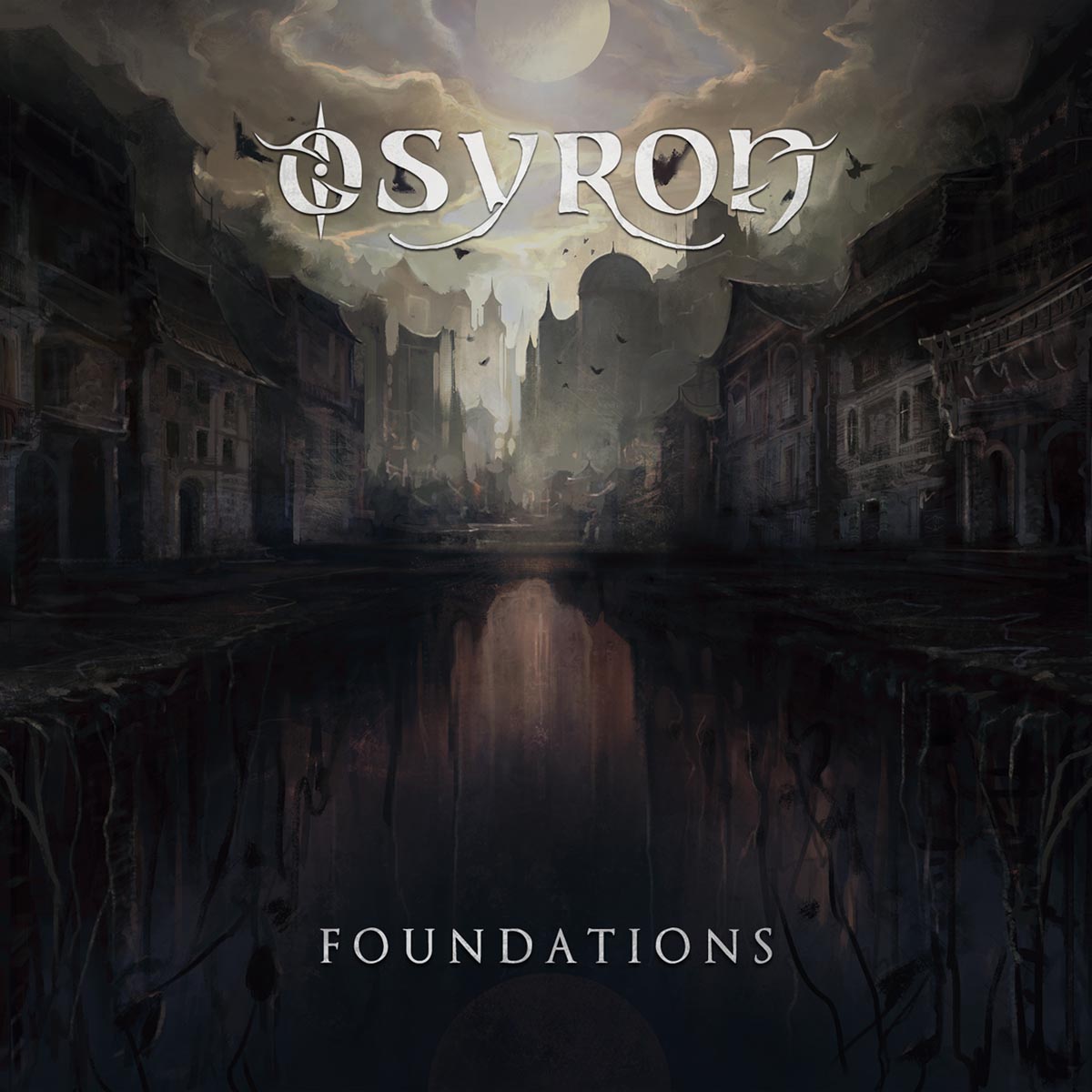 “Tell the story of those who have been ignored for too long” is Osyron’s message for their 2020 output “Foundations,” and the coherent blend of heaviness, soul and deep atmosphere explores Canada’s past and identity just as it’s meant to do. “It reflects personal and societal stigmas, opinions and preconceptions about Canadian culture and history by delving into sensitive topics such as cultural genocide, racism and segregation while also touching on more communal elements of emotion, like loss, pain, hope, and perspective of faith. And it brings to life the very foundations on which Canada as a nation was built: the bloodshed, war, and assimilation of different ethnic groups (mostly First Nations) that cultivated into what we know as Canada today.”

Here is what’s behind “Foundation’s” first single “Ignite”, straight from the band: “We all decided (in the process of making the song) that having a “riffy” chorus would just be a great mix up – as normally we’ve got these riff-laden verse sections and big chord and melodic choruses. After the first few rehearsal/listening sessions of the bones of the song, the rest of it came rolling out pretty quickly. (…) The lyrical concept behind Ignite is deeply rooted in history: During World War 1, Canada was still regarded as a Dominion of the UK and Great Britain. As such, its citizens and resources were to be treated as an asset in war and a pawn for the greater good of the commonwealth. Ignite explores the narrative from both perspectives (Canada and the UK) of what role Canada played in the First World War, while elaborating on the many sacrifices Canadian soldiers paid with their lives, and of laying the foundations of a sovereign Nation.”

“Ignite” is  available today May 22nd on all digital platforms. “Foundations” is released digitally on July 10th via SAOL/The Orchard.