Atlanta’s rockers NASHVILLE PUSSY will release its new album, “Pleased To Eat You”, on September 7, after signing to earMUSIC. Formed in 1997, NASHVILLE PUSSY preached its sleazy gospel over the past couple of decades alongside MOTÖRHEAD in every rock outpost from Asia to Europe and back again. Lemmy personally blessed NASHVILLE PUSSY calling them “America’s last great rock ‘n’ roll band” — and Lemmy should know.

The band’s bass player — Bonnie “Bon” Buitrago — began as a teenage fan of the band sneaking into shows, determined to make the leap from audience member to member of the band by mastering her craft on bass. Atlanta native and ex-landscaper Ben Thomas on drums has quickly become known for his showmanship, precision, and all-around sensuality behind the kit.

“We are rock ‘n’ rolls’ dirty little secret — blissfully outliving musical trends we never knew existed,” says Suys. “More than ever, everyone needs to escape to a place where they can pretend they don’t give a shit, let their hair down and get loud, sweaty and dirty. NASHVILLE PUSSY provides that unpretentious refuge. Everyone is welcome — just don’t dress up ’cause it’s gonna get messy.”

The Gods of Rock smiled upon on NASHVILLE PUSSY in creating the band’s brand new studio album, “Pleased To Eat You”. Combining the talents of producer Daniel Rey (RAMONES, WHITE ZOMBIE, Ronnie Spector and RAGING SLAB) and studio engineer David Barrick (BLACK STONE CHERRY, THE KENTUCKY HEADHUNTERS, MARSHALL TUCKER BAND), the band was fresh off an international tour and hungry for new songs to sink their teeth. 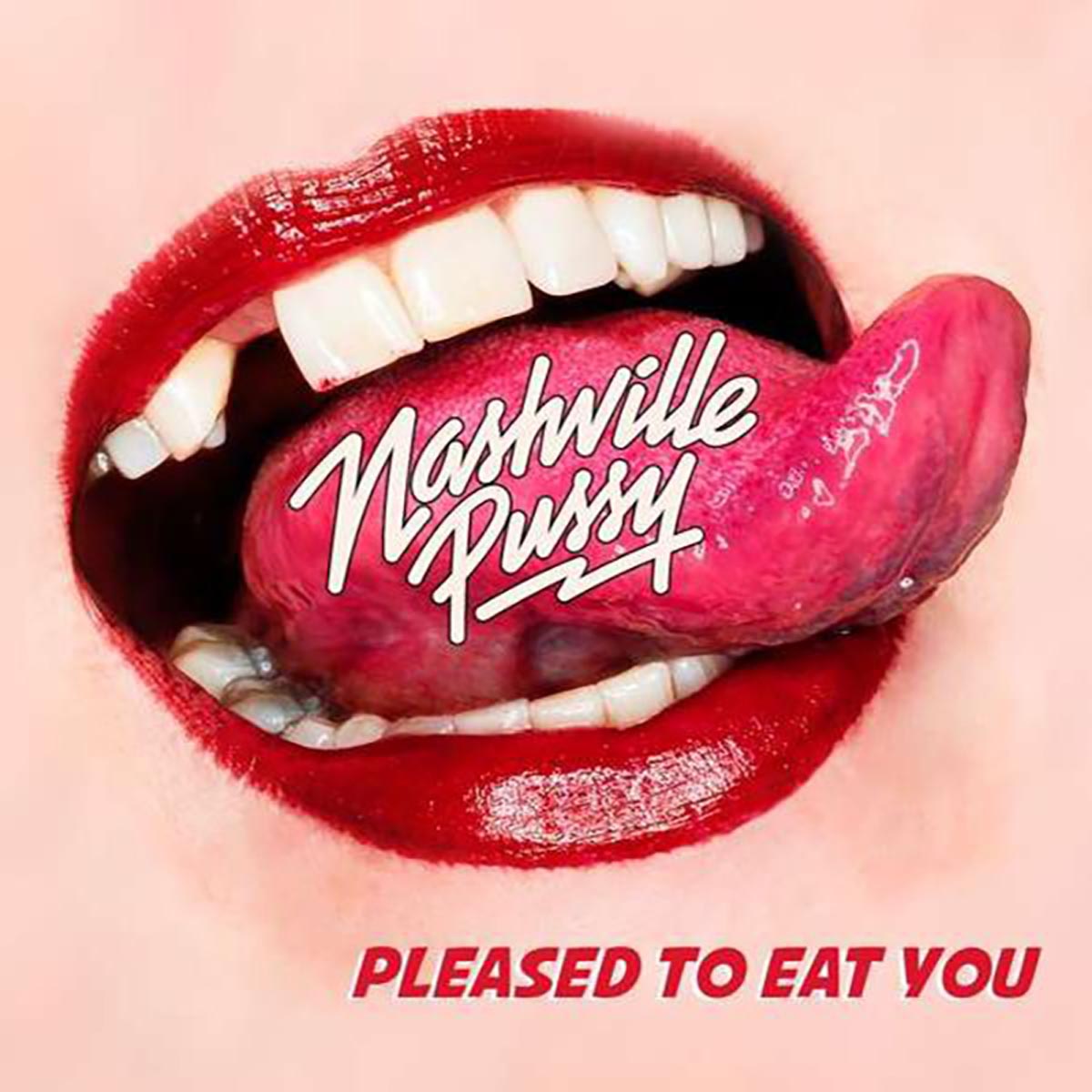 “Pleased to Eat You” Album Artwork

“Pleased To Eat You” is their seventh studio album and certainly another milestone recording by the band. You’ll hardly find a band that manages to act so easy, so fast and yet so impulsive as NASHVILLE PUSSY — a band that is not shy about expressing opinions loud and clear.

“Pleased To Eat You” Tracklisting: