Portuguese dark metal giants MOONSPELL, who just released their highly acclaimed, 13th studio album “Hermitage” through Napalm Records, have just unleashed an epic live video from their recent show at the Pavilhão Rosa Mota – Super Bock Arena – in Porto, Portugal, in December 2020. The band is releasing this clip in celebration of their newly announced UK tour dates with Paradise Lost, taking place in 2022. See below for the new video below.

As mentioned above, MOONSPELL have announced that they will join Paradise Lost on their 2022 UK tour! While the world is waiting to see the return of live shows, there is no better way to celebrate a 30th band anniversary as MOONSPELL will when back on the road next year. Following both of their latest releases, Paradise Lost’s magnum opus “Obsidian” in May 2020 and MOONSPELL’s exceptional epos “Hermitage,” the world will finally see this high class band package bring their masterpieces live on stage in February 2022. The British gothic metal legends announced their “Obsidian Moon” tour, featuring longtime friends MOONSPELL as special guests.

PARADISE LOST frontman Nick Holmes says: “We’re looking forward to doing a full UK tour again and playing some long-awaited shows in support of ‘Obsidian’, and who better to bring along for some of the ride than our old friends from Portugal, MOONSPELL? Thanks to you all for your continued support during these crazy times, and we hope to see you there. Until then, stay safe and stay well. Cheers, x!”

Fernando Ribeiro from MOONSPELL adds: “We couldn’t think of a more perfect way of getting back to touring than to join forces with the mighty Paradise Lost, a group we always looked up to and that helped ignite our very own existence as a band.” 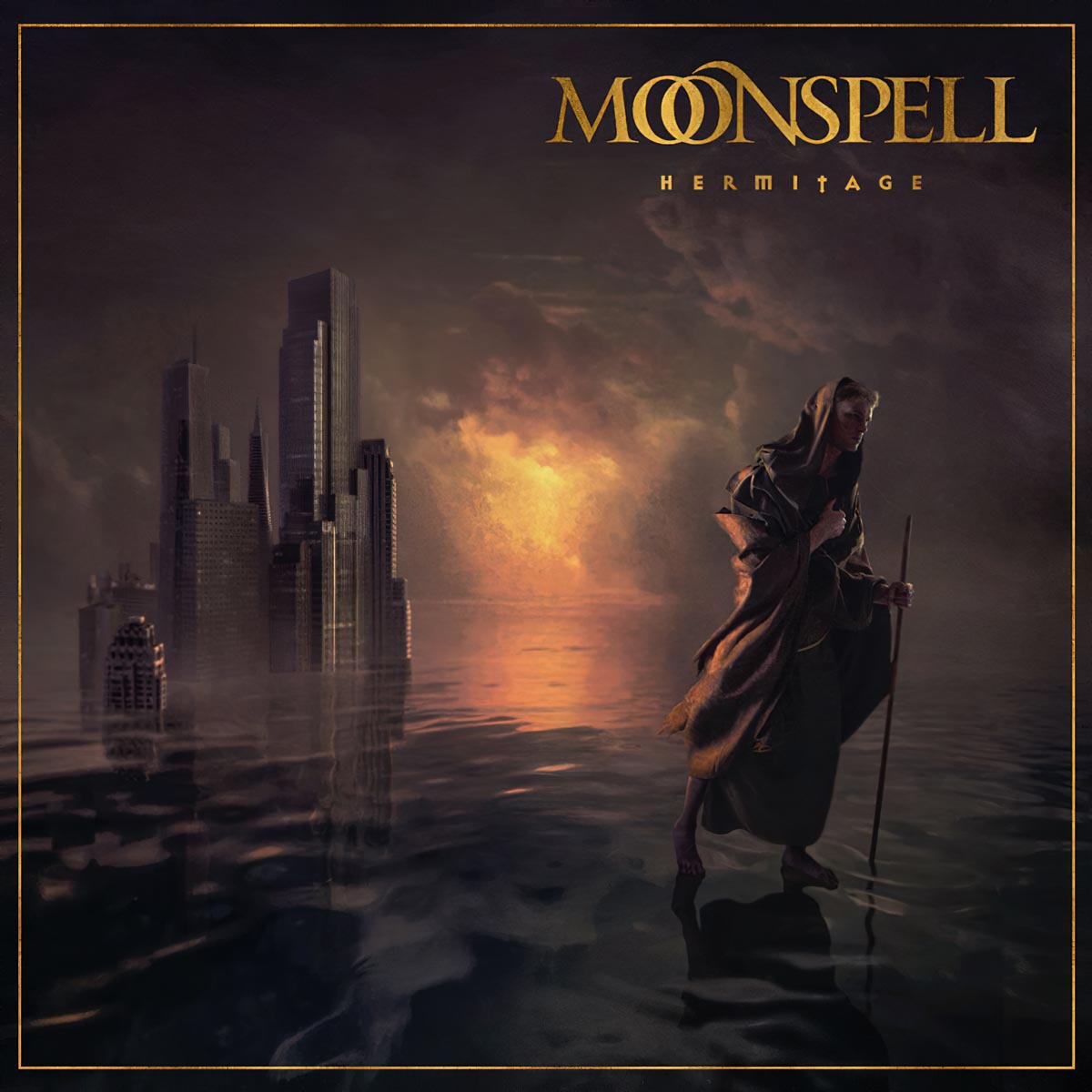 While the world was struggling in the dark, MOONSPELL’s new album Hermitage was recorded, mixed and mastered by Jaime Gomez Arellano (Paradise Lost, Primordial, Ghost, Sólstafir & many more) in the summer of 2020 at the Orgone Studios in the UK. It was released on February 26, 2021 via Napalm Records.
Building upon the sensitive facets of the album, “Hermitage” is an entertaining and revolutionary, yet epic journey through the darkest days of human existence. Beautifully crafted songs such as “The Greater Good“ show us the modernity of the wolves in 2021, while other tracks embrace the MOONSPELL tradition of writing a dark, gothic metal record like no other band can. The ethereal and melodic sounds of MOONSPELL, while not straying away from their metal roots – influenced by underground metal bands such as Bathory – make “Hermitage” most likely one of the deepest, surprising and most epic albums MOONSPELL has ever written. It’s a testament to what the band always loved the most: Honest, emotional metal that binds us even in the darkest times.

“Hermitage” will be available in several highly limited and collectible Deluxe and Die-Hard Editions, Mediabook, and Cassette (all of them including the Candlemass cover “Darkness in Paradise”) but also in Jewelcase and Digital formats. The Deluxe Box will also include an etched 7’’ Vinyl with another special bonus track, “The Great Leap Forward“, as well as much more exciting additional collectible items!