It’s no secret that a lot of fans measure the artistic value of a rock band mainly by the quality of a group’s live performance. THE ALLMAN BROTHERS without their legendary concerts? Unthinkable! LYNYRD SKYNYRD as just another anemic studio project? Impossible to imagine! The same goes for MOLLY HATCHET as another legendary force among these protagonists of the longstanding history of Southern rock that, alongside lots of outstanding studio recordings, the band’s full potential comes into effect live on stage. Again and again, the musicians surrounding guitarist Bobby Ingram have reinforced their reputation as an awesome live act in brilliant live “battles,” so it comes as no surprise that requests by their international fan base for a new live recording have been growing increasingly insistent for a number of years.

“Battleground” was recorded in Pratteln, Switzerland, in Ludwigsburg, Germany, and during MOLLY HATCHET‘s 40th-anniversary tour of the United States and features amazing cover artwork created by Paul Raymond Gregory (SAXON, BLIND GUARDIAN, URIAH HEEP, among others).

Ingram looks back with legitimate pride and unmistakable modesty not only at the new live album but also at the band’s career to date: “MOLLY HATCHET has now been in the mainstream of Southern rock for over forty years and still counting,” he says. “That in and of itself is an honor for every band member who experienced the journey along the way.” It’s this honor that listeners sense in every note on “Battleground”.

The upcoming shows will see Ingram & Co. not only present their greatest hits, they will also introduce their new vocalist Jimmy Elkins, who has joined the fold to replace the late Phil McCormack, who sadly passed away in April 2019. Elkins was the front-man of Florida band BOUNTY HUNTER for a number of years, an act who has shared a stage with MOLLY HATCHET on various occasions over the past two decades.

“To us it was the logical next step to ask Jimmy to become our new vocalist,” Ingram explains. “You can tell that he has the Southern rock gene and is a perfect match for MOLLY HATCHET, not only on a musical but also on a personal level.” 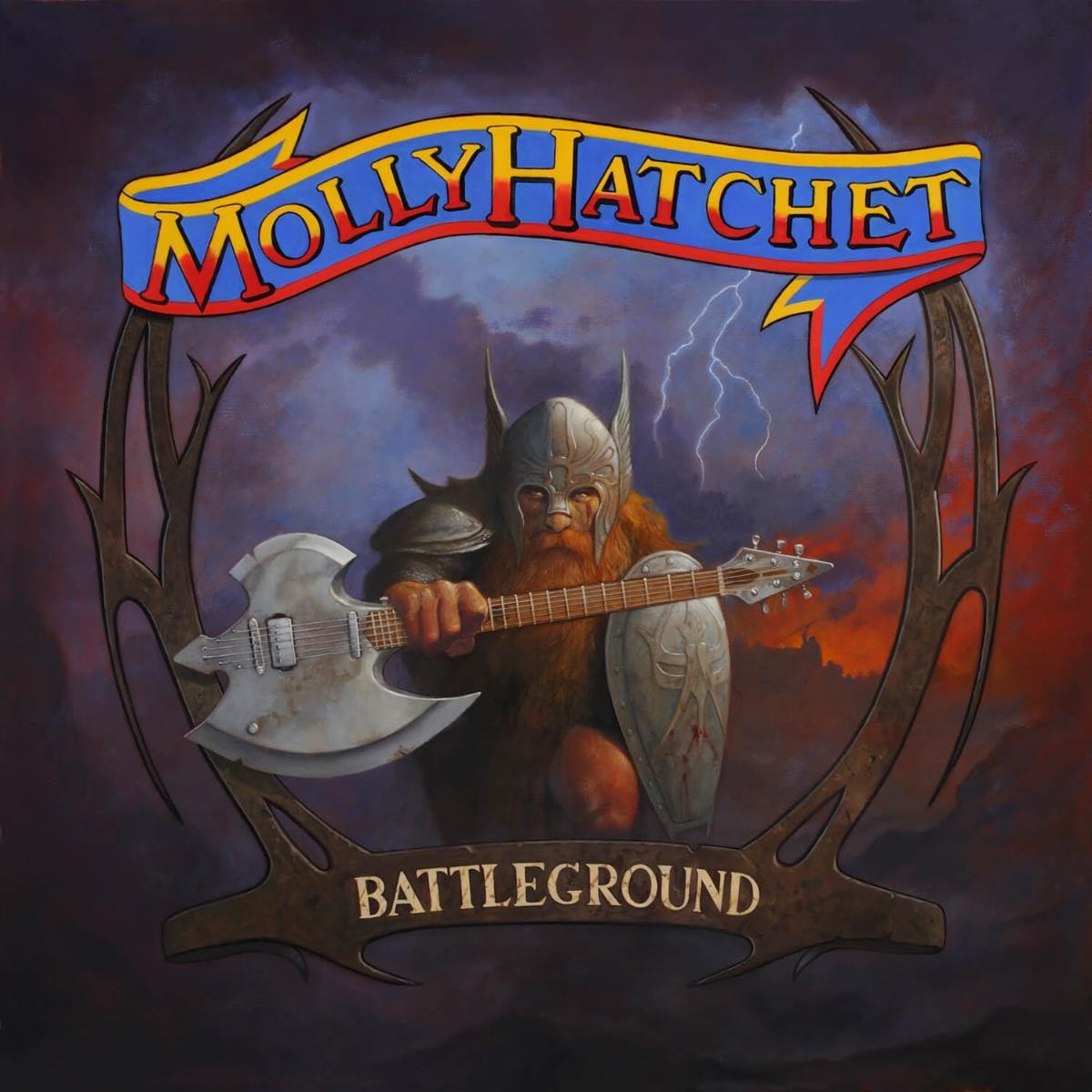 “Battleground” will be released through SPV/Steamhammer on November 29 as 2CD digipak, 3LP gatefold version, download and stream.