A limited-edition run of 2,000 copies of a new fully authorized visual history book “Ministry: Prescripture”  by author Aaron Tanner has been announced today. Published by Melodic Virtue, the book contains over 200 pages of rare and unseen photos, artwork and other ephemera that spans MINISTRY‘s entire career. Melodic Virtue raided Uncle Al‘s personal collection of behind-the-scenes artifacts and have supplemented those items with contributions from band members past and present along with visual artists, Brian Shanley and Paul Elledge.

Various packages are available for pre-order and include copies autographed by Al Jourgensen and the author, Aaron Tanner as well as a seven-inch of the studio version of “(Every Day Is) Halloween (Acoustic)” featuring Dave Navarro (JANE’S ADDICTION). Pre-orders are at this location and you can read more about it via Rolling Stone.

Founded in 1981 by Al Jourgensen, MINISTRY has never stopped evolving. Jourgensen‘s constant experimentation and stylistic variation has morphed the band from its synth-pop origins to the industrial juggernaut of today, as explored in the book. 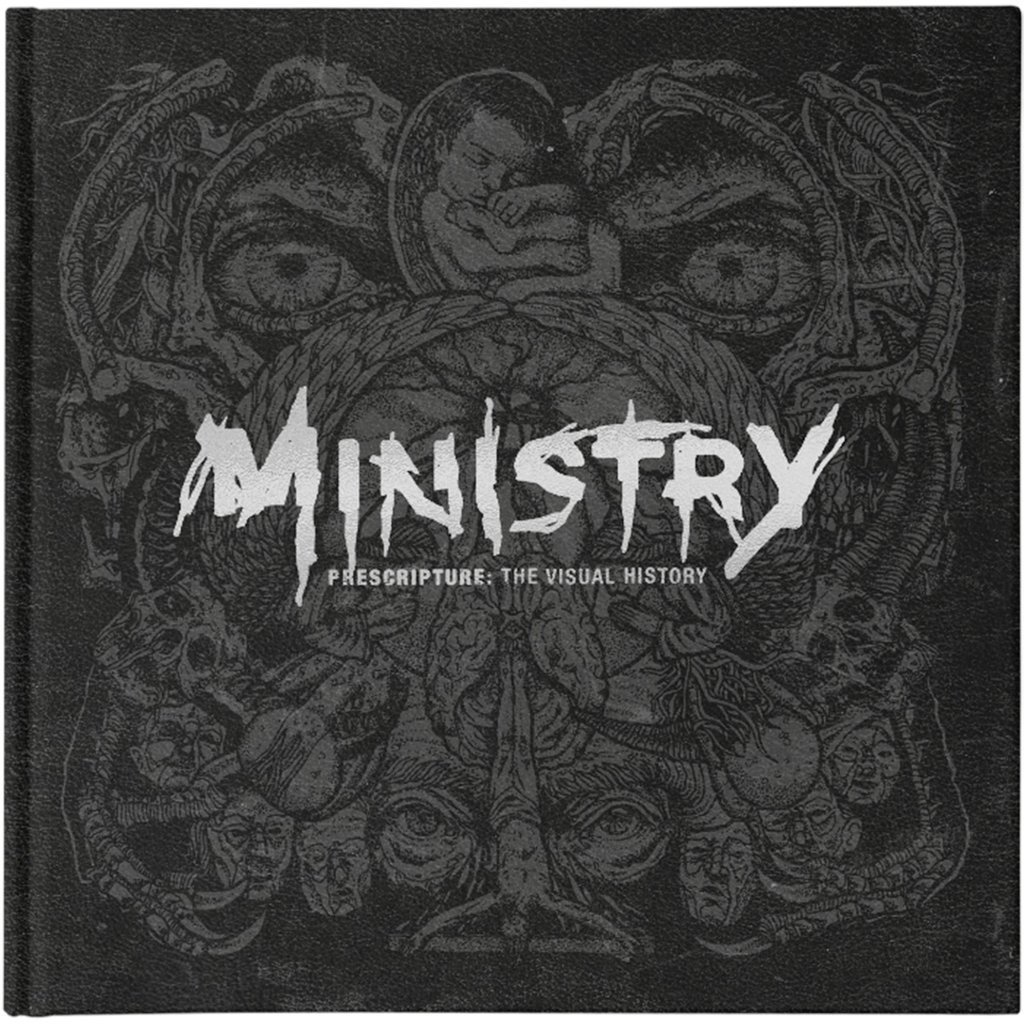 Dave Navarro says: “There have always been bands full of angst, rage, anger, drama, and theatrics. It was MINISTRY who first came along at the dawn of the industrial movement, who combined these things so seamlessly, that the audience was about to have its first immersive experience. Not only were the shows a visceral experience, but lyrically, Al was preaching the truth on top of the finely crafted sound of this new musical tonality of aggression and machinery. Loud and aggressive, yes, but also painstakingly put together as a symphonic experience. Al is the real deal. Who we see and hear on stage is who he is; it’s his truth that resonates with so many. Truths that make the disenfranchised feel included and truths that make the common man wish to be among the disenfranchised.” 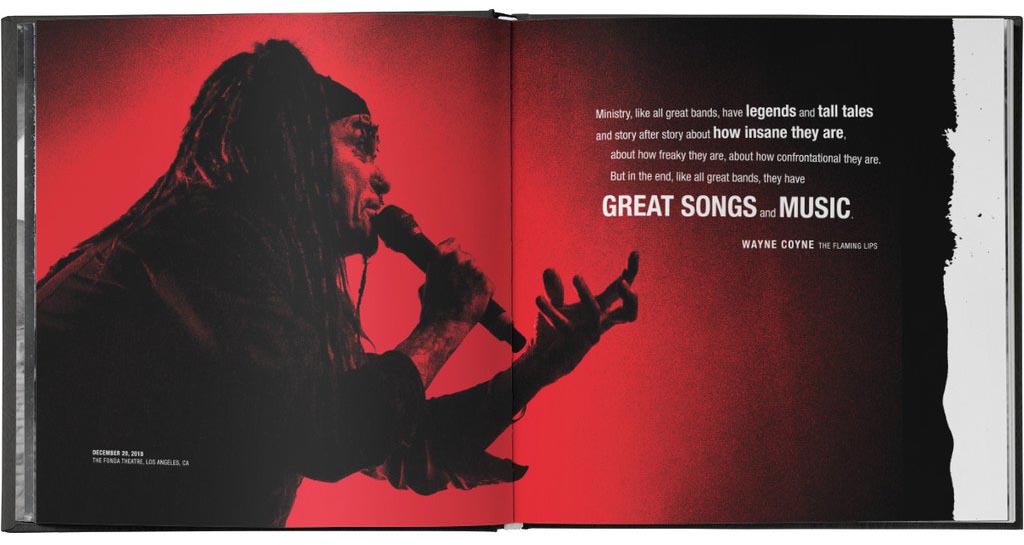 MINISTRY will appear on all 18 dates of SLAYER seventh and last leg of their goodbye tour alongside additional support acts PRIMUS and PHILIP H. ANSELMO & THE ILLEGALS. In addition, MINISTRY has several headlining dates on the trek.