To commemorate the 15th anniversary of their classic album “Ashes Of The Wake”, heavy rock icons LAMB OF GOD will re-release the effort on double vinyl with four non-LP tracks, including the b-side “Another Nail For Your Coffin” and three previously unreleased demos. “Ashes Of The Wake – 15th Anniversary Edition” double vinyl will street on May 3.

Each double vinyl will include a download card, and is manufactured on limited Green Smoke vinyl for the LAMB OF GOD store only. Additional retailers will carry standard black vinyl. A digital version will also be available on all DSPs. Pre-order Ashes Of The Wake – 15th Anniversary Edition now via this link. 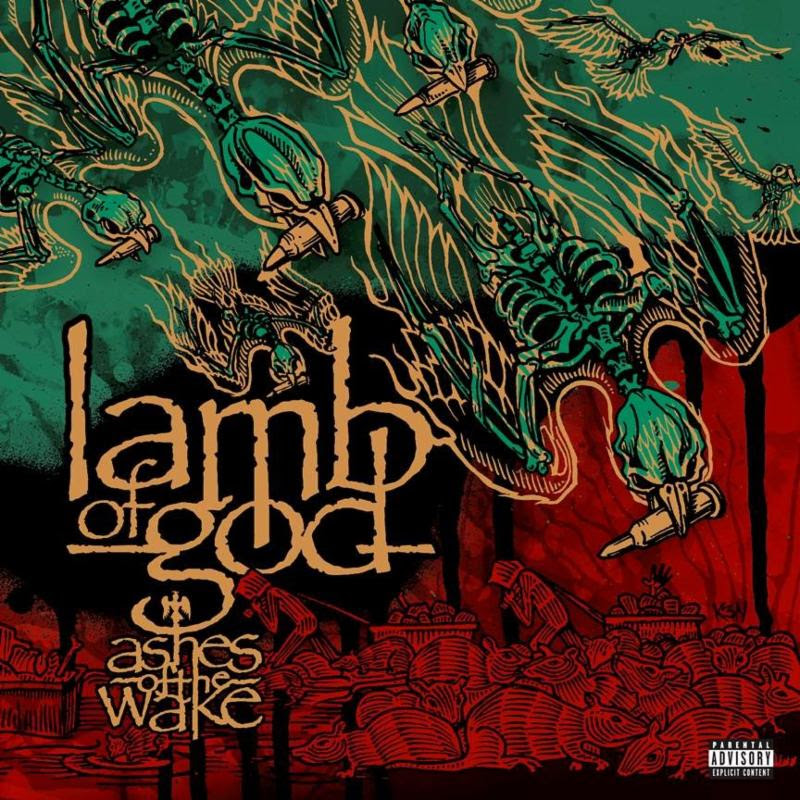 Guitarist Mark Morton states: “This year, LAMB OF GOD will celebrate the 15th anniversary of the release of our third studio album, ‘Ashes Of The Wake’. As I recall that moment in time, it was a pivotal point for our band. We were transitioning from the relative comfort of an underground scene that we felt confident and natural in to a much higher profile with higher stakes and more critical eyes upon us. It was our first release on a major label and our first to be aggressively marketed through mainstream channels. I remember feeling a mixture of pressure and confidence, along with a pervasive uncertainly as to whether our brand of bottled insanity would translate to a larger audience. Ultimately, I think our biggest strength in that situation was that we never let pressure, expectation or the potential for failure effect our creative process. We stepped up our collective focus and concentration to rise to the occasion, but we stuck together and stayed true to our identity, artistically and otherwise. That tunnel vision approach to our creative process is part of our DNA as a band. I believe it’s a large part of what keeps us honest and motivated to this day.”

He added: “For ‘Ashes Of The Wake’ to be remembered and celebrated 15 years later is a true honor. I think I can speak for all of us when I say that it is incredibly special to know that these songs have touched people’s lives in a positive way and that they are still relevant so many years later. Thanks to all of our fans for an incredible ride so far… and cheers to the years to come!”

LAMB OF GOD is currently gearing up to support SLAYER on another North American portion of the latter band’s final world tour, beginning May 2 at the Ak-Chin Amphitheatre in Phoenix, Arizona. The tour will culminate at the Xfinity Center in Mansfield, Massachusetts on May 25. LAMB OF GOD is also scheduled to perform at Domination Mexico festival in Mexico City on May 4 and Sonic Temple festival, taking place at MAPFRE Stadium in Columbus, Ohio on May 18. The band will begin a run of European festivals and headline dates on June 13.