Legendary Dutch progressive rock band KAYAK will release their seventeenth studio album entitled “Seventeen” on the 12th January 2018, which will arrive on January 12 via InsideOut Music – and is their first record since 2014’s “Cleopatra – The Crown Of Isis”. They have launched the track “Feathers & Tar”, the first single from the album.

Ton Scherpenzeel comments: “While being a straight-up, very rousing track musically, ‘Feathers and Tar’ is a hard one to explain lyrically. The lyrics are basically part of a larger story that is not quite finished yet, but can stand on its own as well, metaphorically. I put it into a kind of ‘Game of Thrones’ like context, to point out the seemingly inevitable cycle of wars, because of greed and general human misconduct – history repeating as it were. Not a very happy tale yet a really powerful song!”

Scherpenzeel says it’s hard to believe that the band are still going strong after 45-years and adds: “We have had our share of ups and downs. Often it seemed the band would either break up for good or fade into oblivion, but we didn’t. So here we are, a new lineup, but as dedicated to the music as we were in the beginning. If there is a secret to Kayak’s longevity, it must be that”

“Writing this, I realize that the album title does not only mark the number of studio albums Kayak has made up until now. it also represents that exciting feeling of being 17 all over again, embarking on a musical journey, full of expectations. And just like in 1973, I don’t know where it will lead us, but we’re on our way. Here’s to new horizons.” 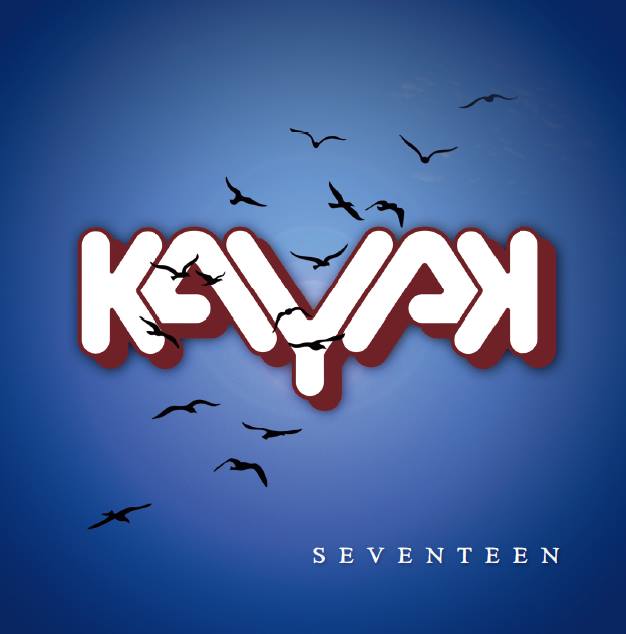 “Seventeen” is now available to pre-order on 2CD Digipak (featuring an extra disc with 36 minutes of demo material), gatefold 2LP + CD & digital download. An exclusive, strictly limited blue Gatefold 2LP+CD (200 copies only) as well as the 2CD Digipak are available at the band’s own official store.