Canadian melodic death metal heavyweights KATAKLYSM will release their 14th full-length studio album, “Unconquered”, on September 25 via Nuclear Blast Records. The official music video for the disc’s first single, “The Killshot”, can be seen below. The clip was directed by Scott Hansen of Digital Thunderdome.

KATAKLYSM frontman Maurizio Iacono said: “‘The Killshot’ is very Machiavellian at its base meaning. The song deals with revenge and planning it out, I wrote the song in an open interpretation because everyone has their own story that they can attach to it. In general, the album deals with pain or setbacks, overcoming them and fighting back especially in today’s situation, the timing is on point.”

“In February, we flew to Atlanta, Georgia and worked with director Scott Hansen. We saw some of his creations and wanted to try his style. The experience was awesome and we won’t forget it anytime soon. Everything went great but it was there, sitting at the airport that we first started seeing on all the screens that COVID-19 was about to shut down the country.”

“Unconquered” was recorded and engineered by the band’s long-time producer and guitarist Jean-François Dagenais at JFD Studio in Dallas, Texas. KATAKLYSM enlisted legendary Colin Richardson, post retirement, to aid in the mixing of “Unconquered”‘s weightier and modernized sound with additional help from Chris Clancy‘s technicality and precision. “Unconquered” stands among the best produced albums in the band’s career. 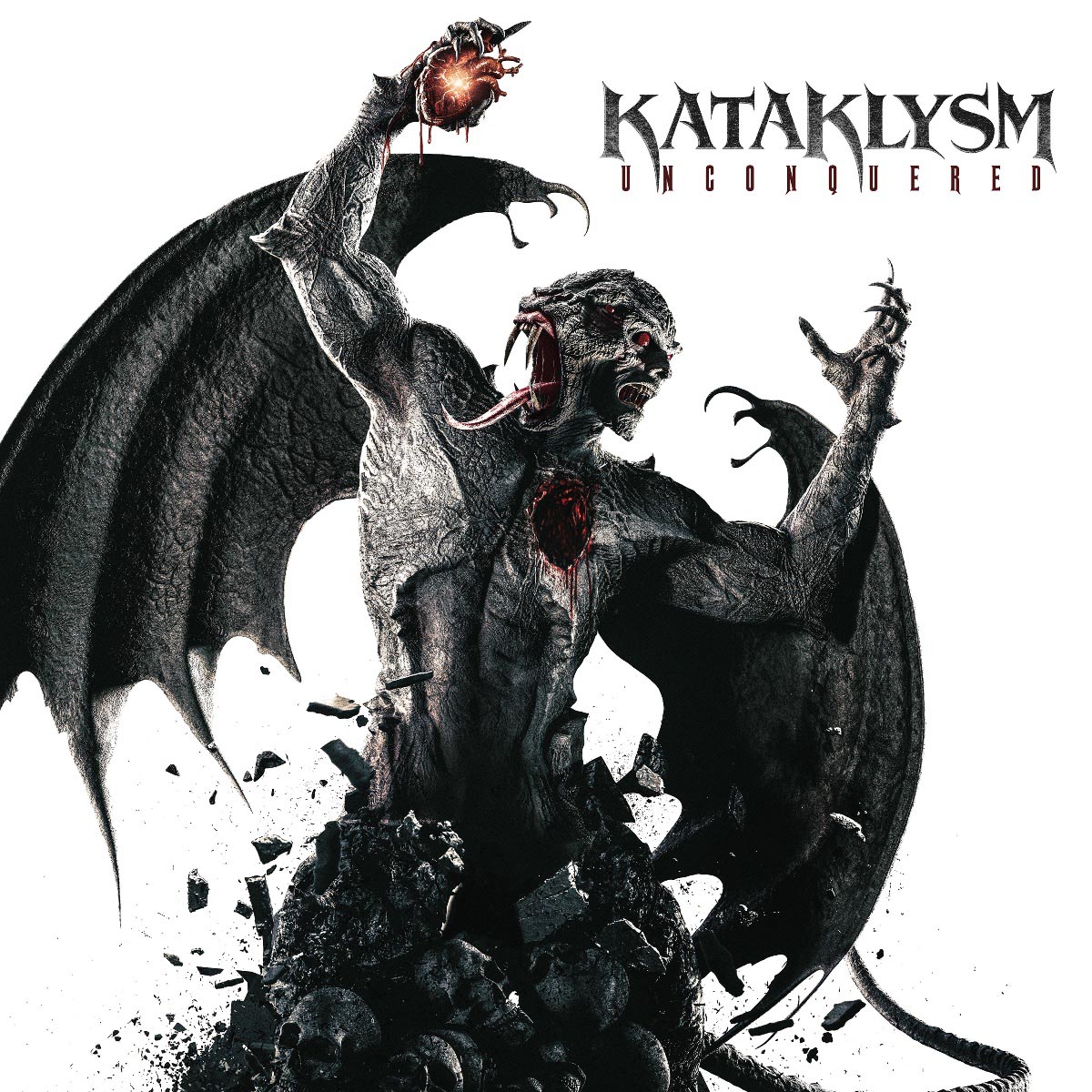 The infamous heart beast, which also appeared on “In The Arms Of Devastation” (2006), “Prevail” (2008) and “Heaven’s Venom” (2010), makes its return with a cover image created by artist Blake Armstrong. 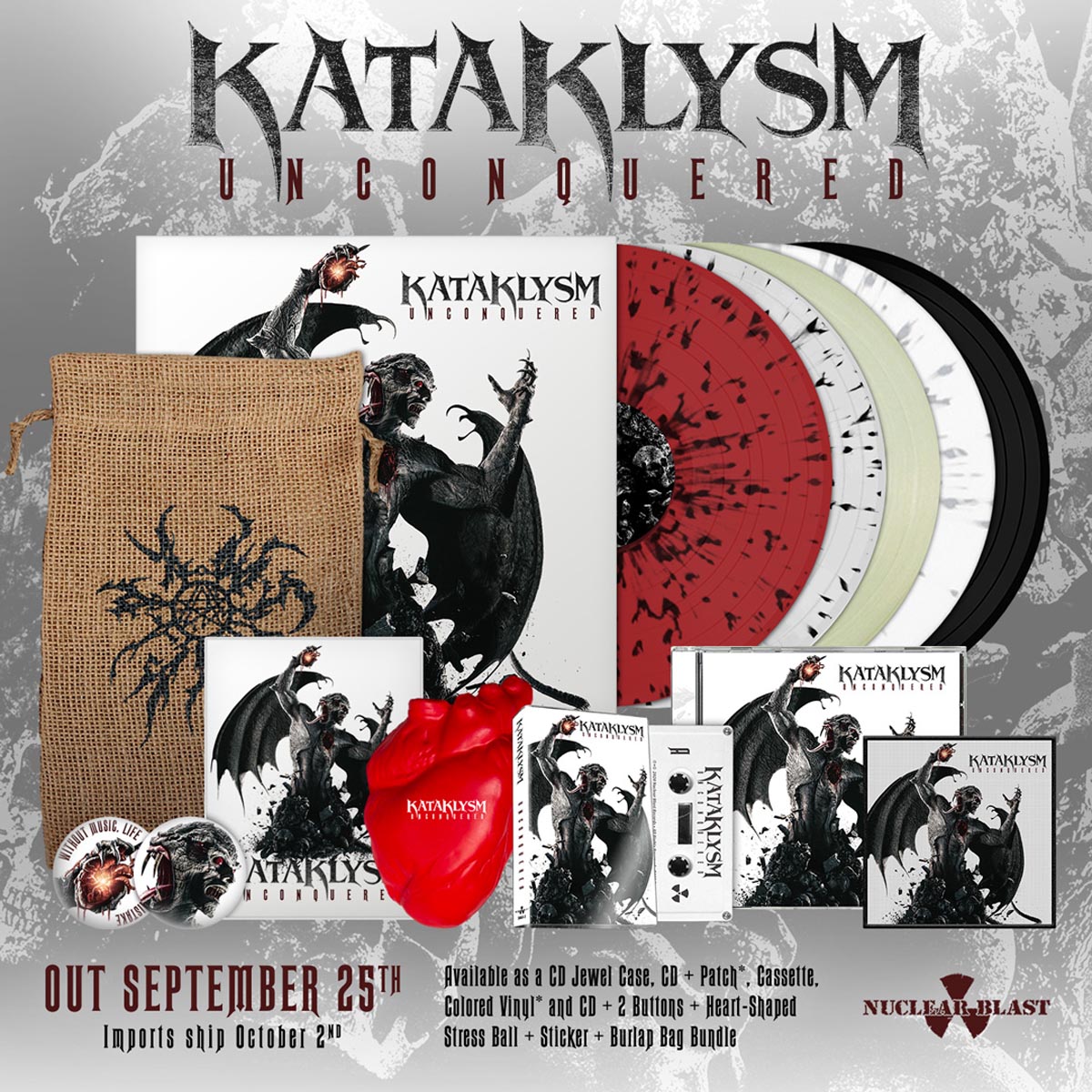 “Unconquered” will be available in the following formats:

Pre-order your copy of “Unconquered” in the format of your choice here.