The 30th-anniversary edition of ICED EARTH‘s self-titled debut album will arrive on December 18 via Century Media Records. The new version of the 1990 LP features a remix by Chris “Zeuss” Harris, who previously worked with ICED EARTH on the group’s latest effort, 2017’s “Incorruptible”, and brand new artwork.

ICED EARTH mainman Jon Schaffer comments: “This 30-year-old debut classic has been remixed and remastered from the original 2 inch tapes by Zeuss, and it sounds fantastic. It has a modern touch and still retains the dynamics of the original release. This is a big step forward sonically and visually. We’re excited to have our exclusive artwork and blood red vinyl version at icedearthmerch.com.”

The remixed and remastered version of the song “Written On The Walls” can be streamed below. 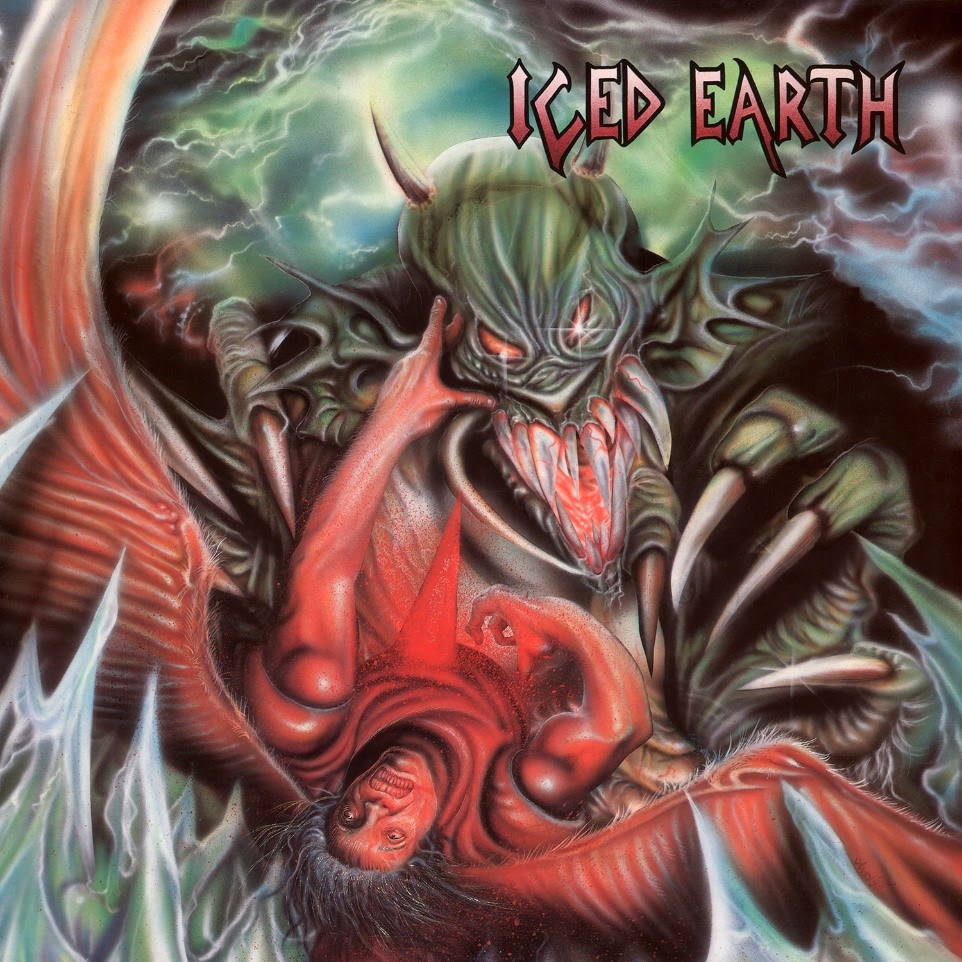 This past July, Schaffer said that there were no plans for ICED EARTH to work on the follow-up to “Incorruptible”. “There is no way we can plan,” he said during a Facebook Live chat. “You guys should be able to understand that, if you watch the news. I have an international band, and I can’t even travel to Europe right now [because of coronavirus pandemic-related restrictions]. There’s no point in trying to put together a plan, because I guarantee you they’re gonna launch the second wave of this shit and lock us all down again. To what degree, nobody really knows yet, but they were fielding that as soon as all this nonsense started, so it’s definitely expected to be the case. So making plans for touring and putting all that together just to have it all derailed is costly and naïve at best. So I don’t know.

“I’m gonna definitely plan on working on some new material later this year, early next year,” he explained. “But again, that depends on how things roll out. So that’s the way it is. We’re just gonna have to see what happens with the global situation. There are several things that could take place. Hopefully some good things will happen to turn this mess around, but I’m not feeling super confident about that at the moment.”

Less than two years ago, Schaffer teamed up with his old pals in PURGATORY, the band that he originally founded in 1985, then later became ICED EARTH, to record five tracks that were written between 1985 and 1987. The resulting “Purgatory” EP was released in December 2018 through Century Media. The EP includes liner notes and comments by Schaffer, Gene Adam, Greg Seymour and Bill Owen, and fitting cover artwork by David Newman Stump and Roy Young, known from their excellent work on “Incorruptible”.