Italian technical death metal band HIDEOUS DIVINITY have released their second brutal single and visualizer video “Chestburst”. Watch the video below. The track is off their forthcoming EP “LV-426,” which is set for release via Century Media Records on April 23rd.

“That persistent beat in James Horner‘s ‘Face Huggers’ theme from the movie score… it all starts there. If ‘Acheron Stream of Woe’ is the epic theme, then ‘Chestburst’ is the crazy fast escape tune. It’s the soundtrack of alien drones hunting the Colonial Marine squad. And no, there’s no happy ending,“ states HIDEOUS DIVINITY about the track.

The concept of the EP is a sub-narrative of the second Alien movie, directed by James Cameron.

Hideous Divinity adds, “We chose to concentrate on the story of Rebeca ‘Newt’ Jorden, the 6-year old girl rescued on the alien infested planetoid LV-426 by Ellen Ripley. We live the story from her point of view, a mixture of childhood’s happy life and memories cut off by the alien attack.”

The EP includes two brand-new Hideous Divinity tracks, “Acheron, Stream Of Woe” and “Chestburst”, and a smashing tech-death cover version of Coheed And Cambria’s “Delirium Trigger”. Like its predecessor, “Simulacrum,” the EP has been produced by Stefan Morabito at 16th Cellar Studio, who refined the bands signature sound consisting of bone-crushing riffs, superb drumming, and frightful vocals. Also, the EP features a stunning Alien-themed artwork by Colin Estrada.

“LV-426” will be available as Ltd. CD Edition (Pocket Pack) and on all digital platforms. Pre-order the EP here. 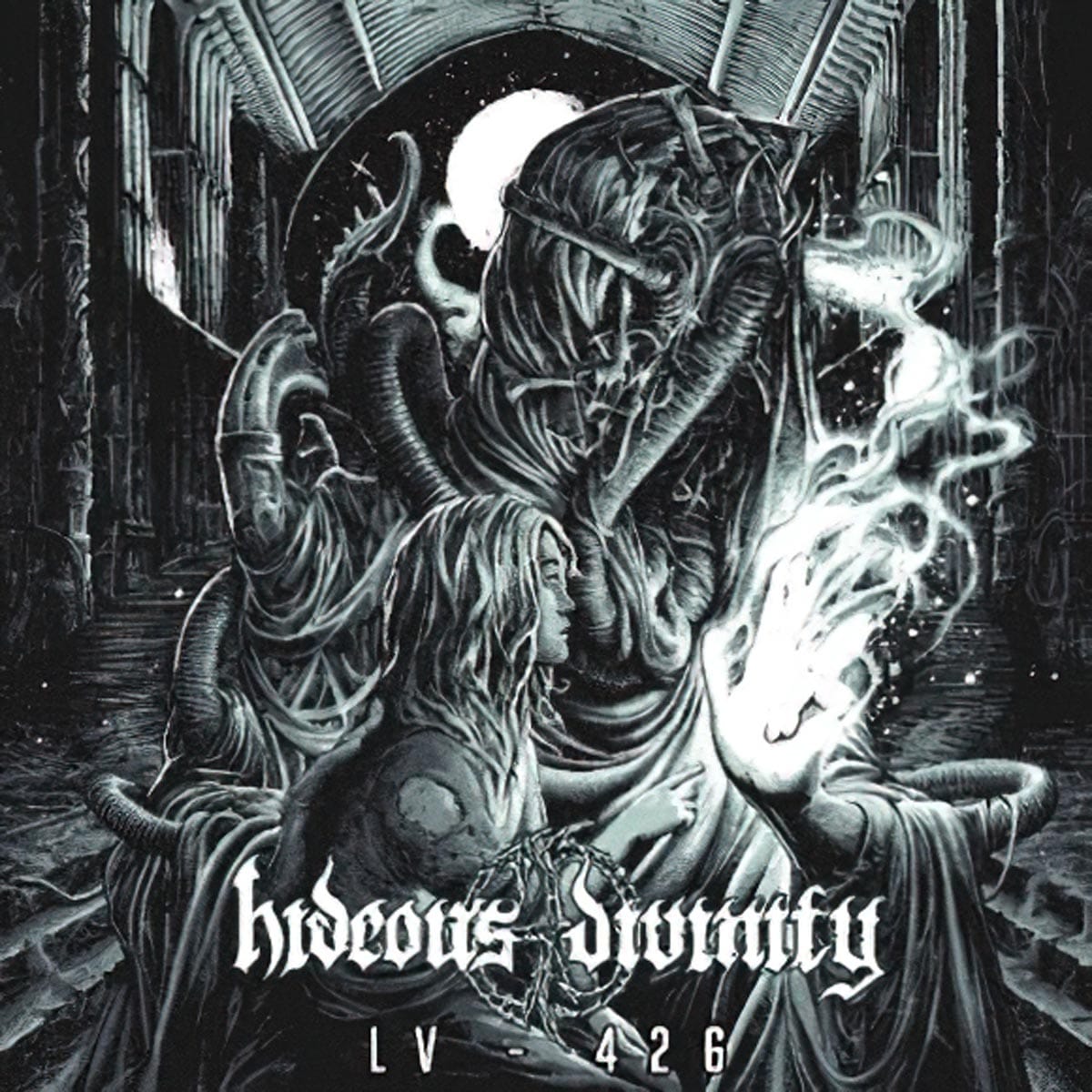