The official Costin Chioreanu-crated animated music video for “Toxic Freedom“, the second single from Arizona’s GO AHEAD AND DIE, can be seen below. The song is taken from the band’s self-titled debut album, which will be released on June 11 via Nuclear Blast.

GO AHEAD AND DIE features vocalist and guitarist Max Cavalera (SOULFLY, CAVALERA CONSPIRACY, SEPULTURA) along with his son, singer, guitar and bass player Igor Amadeus Cavalera, as well as Zach Coleman on drums. GO AHEAD AND DIE‘s sound mixes elements of death and thrash metal, with early CELTIC FROST influences and a punk attitude.

Max comments: “‘Toxic Freedom’ is about police corruption, police brutality, and police racism. It can be seen and felt all around the world. It is about authority killing minorities.”

Igor states: “Our leaders abuse their power while thousands are imprisoned and more are murdered every day. ‘Toxic Freedom’ is a protest for those that have suffered at the hands of wrongful police brutality.”

GO AHEAD AND DIE‘s tempos are wild, with a contempt for modern social ills palpable, its riffs monstrous and captivating. They make angry, spiteful, utterly engaging, spirited extreme music for increasingly extreme times.

The self-titled debut sees Max and Igor splitting guitar and vocal duties, with utter madman style drumming from Zach Coleman of the blistering BLACK CURSE and critically-acclaimed KHEMMIS. It sounds like a relic from the glory days of thrash, proto-death metal, and filthy rotten punk, the kind of band that would inspire a teenaged thrasher in 1987 to carve the G.A.A.D. logo into a school desk.

GO AHEAD AND DIE‘s self-titled album will be available in the following formats:

Pre-order your copy of GO AHEAD AND DIE‘s self-titled album, here. 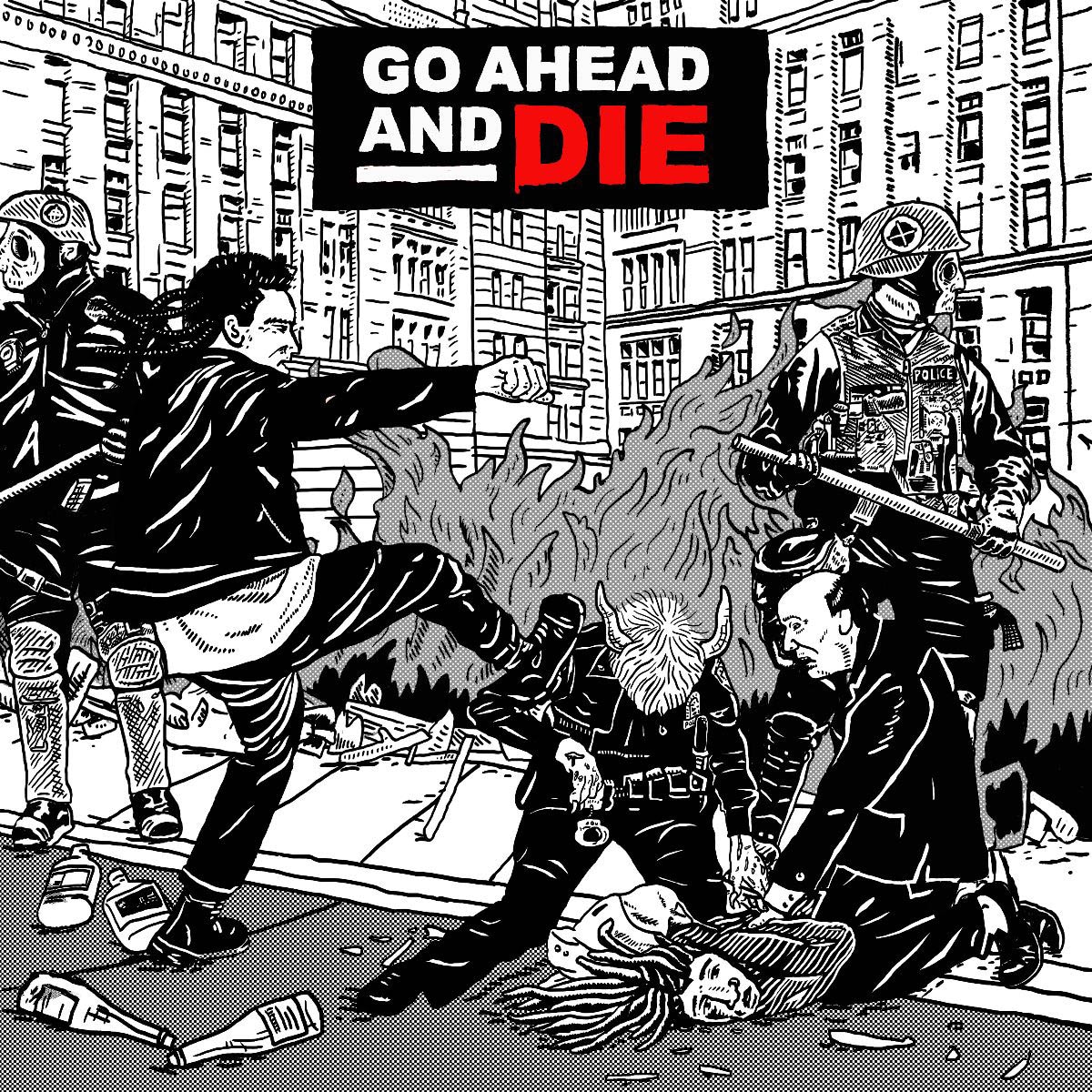 Vocals weren’t tracked over and over in the pursuit of some kind of “perfect” takes. Coleman didn’t play to a click-track. The heart and soul of GO AHEAD AND DIE is all about just going for it, the traditional way. Engineer Charles Elliot captured the sessions with the help of Platinum Underground Studio owner John Aquilino. The album was mixed by Arthur Rizk, whose credits include POWER TRIP, CRO-MAGS, and CAVALERA CONSPIRACY. The artwork for the album was created by Stewart Easton while the Circle logo was created by Jeff Walker (CARCASS).

GO AHEAD AND DIE track listing:

GO AHEAD AND DIE is: