A year after their successful inaugural tour, the five guitarists reconvened for an 11-city tour of Asia that included a stop in Beijing, China. Select performances from that April 2017 concert appear on the new live recording, Generation Axe – The Guitars That Destroyed The World: Live In China. The album will be released on June 28 via earMUSIC as a CD digipak, limited colored 2LP+download and digital. Check out the DEEP PURPLE cover “Highway Star” below.

When asked which song performed captures the true essence of Generation Axe, Steve Vai shares, “For me, I might say that our arrangement and performance of “Highway Star” captures a good essence of what Gen-Axe is about. In this song we all came together and worked out a spectacular five guitar arrangement of this classic masterpiece, with an interplay of harmonies that is uniquely structured and potent. There are shifting solo sections tailor made for each guitarist, and a deep respect to the structure of wicked fast harmonies engineered around Richie Blackmore’s historic solo. And then there’s Yngwie’s powerful vocal performances on this track too. It has a high degree of rock and roll energy in it.” 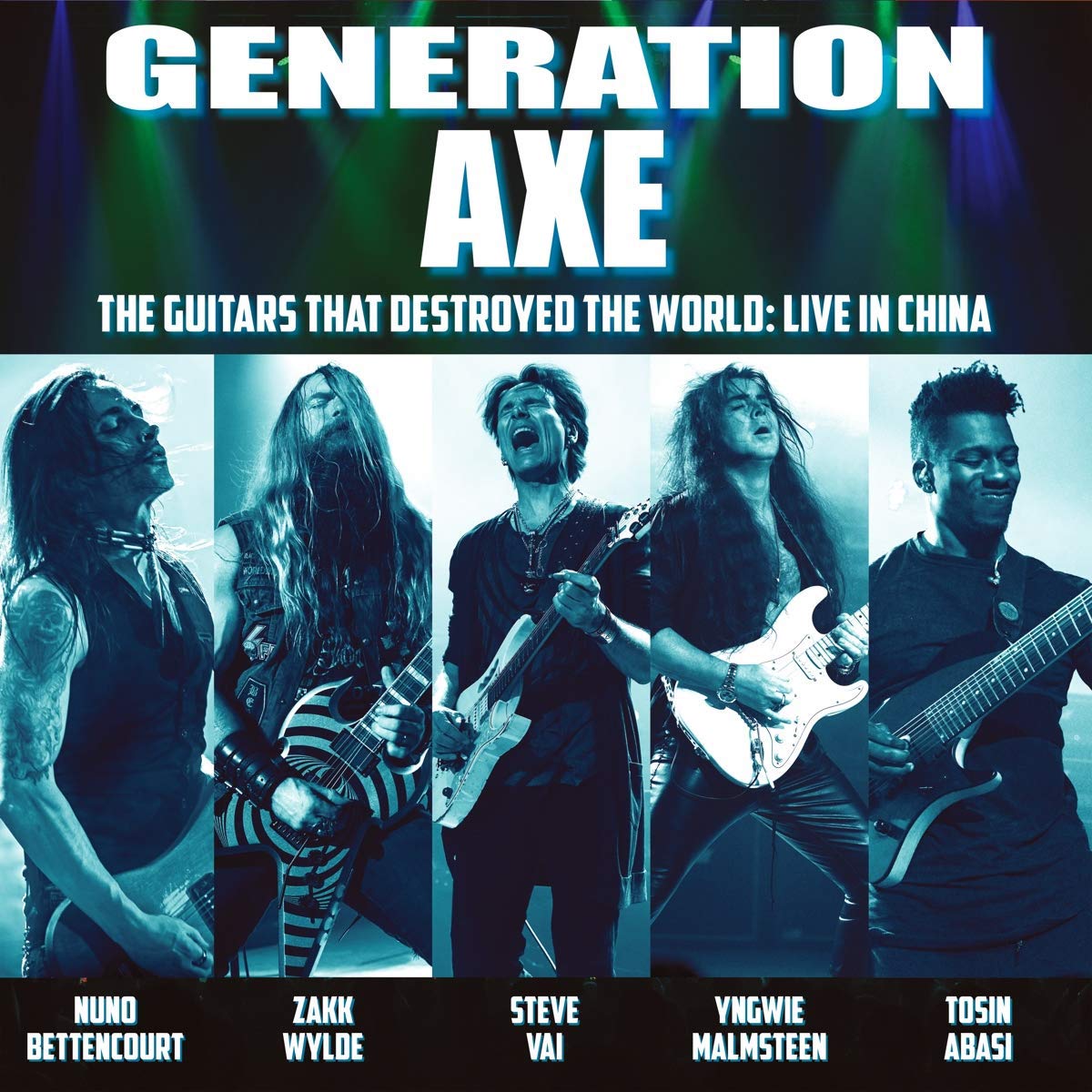 “The Guitars That Destroyed The World (Live in China)” Album Artwork

The track listing is as follows:

In front of the last North American tour, Steve Vai shared, “The Generation Axe experience goes way beyond simply gathering five guitar greats on one stage to jam. The idea was to create a seamless show with one backing band and 5 completely accomplished and astonishing guitarists that take to the stage in various configurations, performing some of their solo music and merging together as cohesive co-creators of lushly orchestrated guitar extravaganzas. Guitar Jams like this can get really messy when there is no organization and my idea was to create parts for everybody to play in harmony and off each other so it’s not a mess of noise. This worked out remarkably well. There are places where everyone is playing together in wild harmony.”