Legendary singer-songwriter and Rock & Roll Hall of Fame inductee Steve Perry makes his long-awaited return with Traces, his first new album in nearly a quarter century, out Friday October 5th, 2018 on Fantasy Records. “I know it’s been a long time comin’…” are the fitting first words Steve Perry sings with tremendous soul and conviction on “No Erasin’” — the life-affirming anthem that opens up Traces, which video can be seen below. It is a rousing start to the most personal and emotionally powerful work yet from this legendary singer-songwriter who earned global fame as the voice of Journey before going on to significant solo success as well.

By any standard, Traces is an inspired and expansive work that has indeed been a long time coming. Yet in a very real way, Traces marks an extraordinary and welcome return to form that Steve Perry himself long assumed he would never make. Big and bold, yet intimate and revealing, Traces is not the sound of a veteran rock star dipping his toe back in the pool, but rather an artist who has reconnected with his music in a new way that surprised even Perry himself.

Traces continues a musical story that goes back even further than Perry’s transformative time with Journey. Since his childhood growing up in California’s San Joaquin Valley, Perry’s love of music had become the driving passion of his life, ultimately taking him to remarkable heights, both artistically and professionally. But instinctively, Perry knew the time had come to try another path in his life’s journey. Paradoxically and — to many, perhaps inexplicably — Steve Perry, one of the defining voices of our times, had himself stopped believing. And so, he did the only thing he thought he honestly could do. “I stopped singing,” Perry explains, “and I started living life on its own terms.”

Burned out by the exhaustion and excess all too common in the music business Perry made a fateful and, in his mind, necessary decision to step away from the business of music in the late Nineties. And to a remarkable degree, he never really looked back. “The truth is, that I thought music had run its course in my heart,” Perry explains now. “I’d had an amazing time in an amazing band, and then the chance to express myself as a solo artist too. But I had to be honest with myself, and in my heart, I knew I just wasn’t feeling it anymore. For a long time, I could barely even listen to music,” Perry recalls now. “My last show with Journey was in February of 1987. Then one day, it hit me that I couldn’t do this anymore. I felt as if I had to jump off this merry-go-round — this big beautiful mothership that we had all worked so hard together to build.”

And that — it appeared for the longest time – might have simply been that. It took the love and the loss of one extraordinary woman to fully open up Perry’s heart to the idea of once again sharing the music that was in his heart. In 2011, through his good friend, film director Patty Jenkins – who famously featured Journey’s “Don’t Stop Believin’” in her acclaimed 2003 film, Monster — Perry met Kellie Nash, a PhD in psychology who was bravely battling breast cancer. Over the next few years, Perry’s life was forever changed by the experience of falling deeply in love. “I’ve had a few relationships, and they all changed my life,” Perry explains. “But when I met Kellie, it was the next level of change that was required for me to have a complete heart. It’s as if sometimes a heart isn’t complete until it’s truly broken.”

When Nash passed in 2012, Perry was indeed heartbroken, ultimately though, he was moved to fulfill a promise he had made to her. “When Kellie was very ill, she made me promise not to keep isolating myself anymore,” Perry remembers. “Kellie taught me many things in our time together, but one of them was that it really is better to have loved and lost than to never have loved at all.” 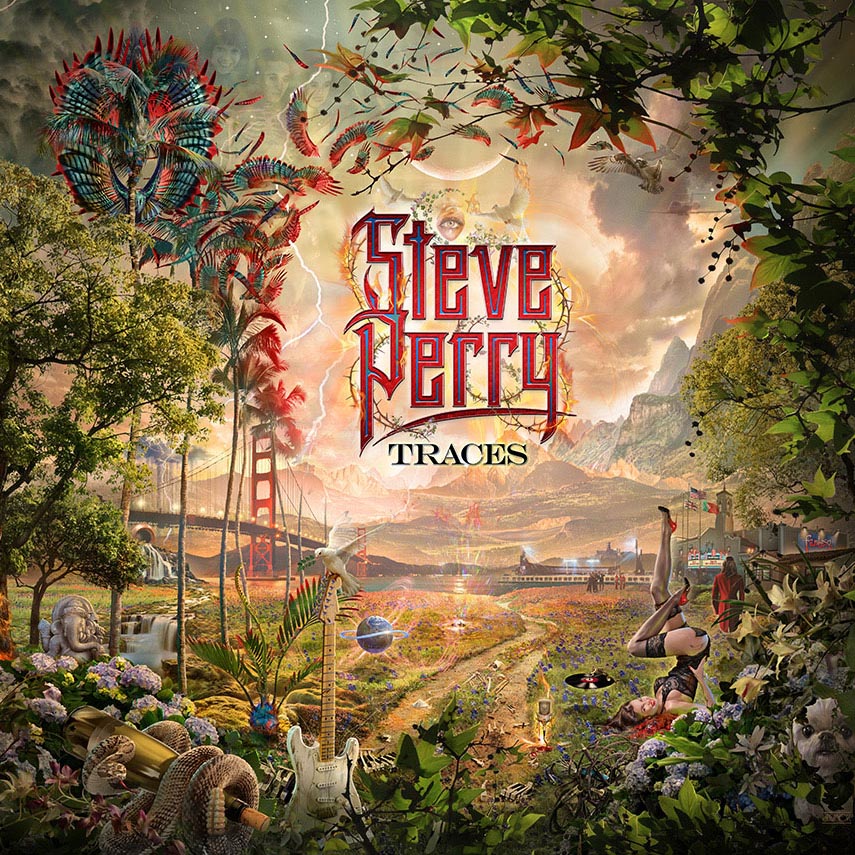 Gradually, Perry began to revisit early sketches of songs, some of which he had shared with Kellie, and some like standout tracks “Most Of All” and “In The Rain” that were written before they had ever met – but somehow seemed to foretell their love story and its profound impact on his life. “This was not about seeking closure or moving on, but about taking it all with me, about feeling it all, and expressing it all in hopes that it might move and help other people too,” Perry explains. “She told me one night, ‘If something happens to me, promise me that you won’t go back into isolation because I feel that it would make this all for naught.’ In the years after her passing, that conversation never left me, and my love for music slowly returned.”

Working in his studio in California, Perry and his engineer and co-producer Thom Flowers eventually got to work. “We started going through my demos — these musical traces that were left behind, and slowly decided to bring a remarkable group of musicians together.” Here too, Perry made the artistic choice not to isolate himself any longer. “At first, I sketched some of this material with electronics in my computer, but eventually we needed to keep these songs real,” Perry explains. “That meant letting musicians come in and bring their hearts and souls to this music. Every musician on this album made a musical and emotional contribution to what it’s become. Vinnie Colaiuta, as one example, doesn’t just play drums – he plays music; he just so happens to be playing drums when he does it. Everybody who played or co-wrote these songs with me helped make this album possible.”

Remarkably, Steve Perry’s iconic voice, with time and experience, has never sounded more soulful. “I’ve always considered my voice a work in progress,” Perry says with a warm laugh. “Singing can be a consistent unpredictable situation. The reason is your instrument isn’t fingers on strings, or fingers on keys or drumsticks in your hands. Your instrument is You.”

The album’s lead track “No Erasin’” is a kind of an emotional homecoming. “That song is about going to a class reunion in the farm community where I was raised,” Perry explains. “Literally speaking, it’s about coming back into contact with someone you haven’t seen in a long time in a location where you used to hang out and make out, but metaphorically, it’s about the audiences that I’ve not seen in years, and being in the back seat of their car once again.”

Perry is looking forward to performing his music live, something he stopped doing years ago. “One of the groups that reminded me of my love of music is The Eels. E from the Eels kept asking me to sing with him for an encore. So, when I finally walked onstage with him, after like 25 years, I was nervous. I did not know what my voice would or would not do. But the voice I was worried about not showing up — well, it showed up. Because that audience wanted me to go and get that voice for them. And that’s when it hit me — I need the audience to go and get it for. I can’t find that voice all by myself.”

“I would not come back to it now unless I could be absolutely emotionally honest about the music,” Perry explains. “I’m not trying to top what I’ve done in the past, or better anyone or anything. That stuff doesn’t matter to me now. In a way, it’s this simple: when I had something to say again, I said it. All I’m trying to do now is make music that really matters to me and I hope maybe will really matter to other people too.”

Traces is available now for pre-order on CD, digital download and 180-gram vinyl, here. Signed and exclusive bundles can be found here.