U.S. progressive metal pioneers FATES WARNING will play a string of dates in Europe and in the USA/Mexico next month in support of their much-acclaimed latest album, “Theories Of Flight”. All of the upcoming European shows will be recorded for a live release to be mixed by Jens Bogren, who last worked with FATES WARNING on the band’s “Theories Of Flight” studio album. The band just released a video where singer Ray Adler says: “After a break from the last European tour it’s time to hit the road again. And this time we’re headed to the West coast! Also, we will be performing in wonderful Mexico City for the first time! We cannot express how excited we are to finally be able to announce these dates as it has been a long time coming. See you all soon on the West coast leg of the Theories Of Flight tour 2018!”

FATES WARNING guitarist Jim Matheos commented: “It’s been 20 years since we released our only live album, ‘Still Life’. It’s time for an update! In January we’ll be recording a series of shows in some of our favorite European cities. The best of these will be included in a live album to be released in 2018. While we haven’t decided on the final setlist yet, we’re planning on about a two-hour set with as little overlap as possible with the ‘Still Life’ album. Hope to see you all there!”

“Theories Of Flight” was released in July 2016 via InsideOut Music. The cover artwork for the CD was created by Michigan artist Graceann Warn. Performed by the FATES WARNING lineup that returned to form with 2013’s acclaimed “Darkness In A Different Light” record, “Theories Of Flight” was produced by guitarist Jim Matheos and mixed/mastered by Jens Bogren at Fascination Street Studios (OPETH, SYMPHONY X). 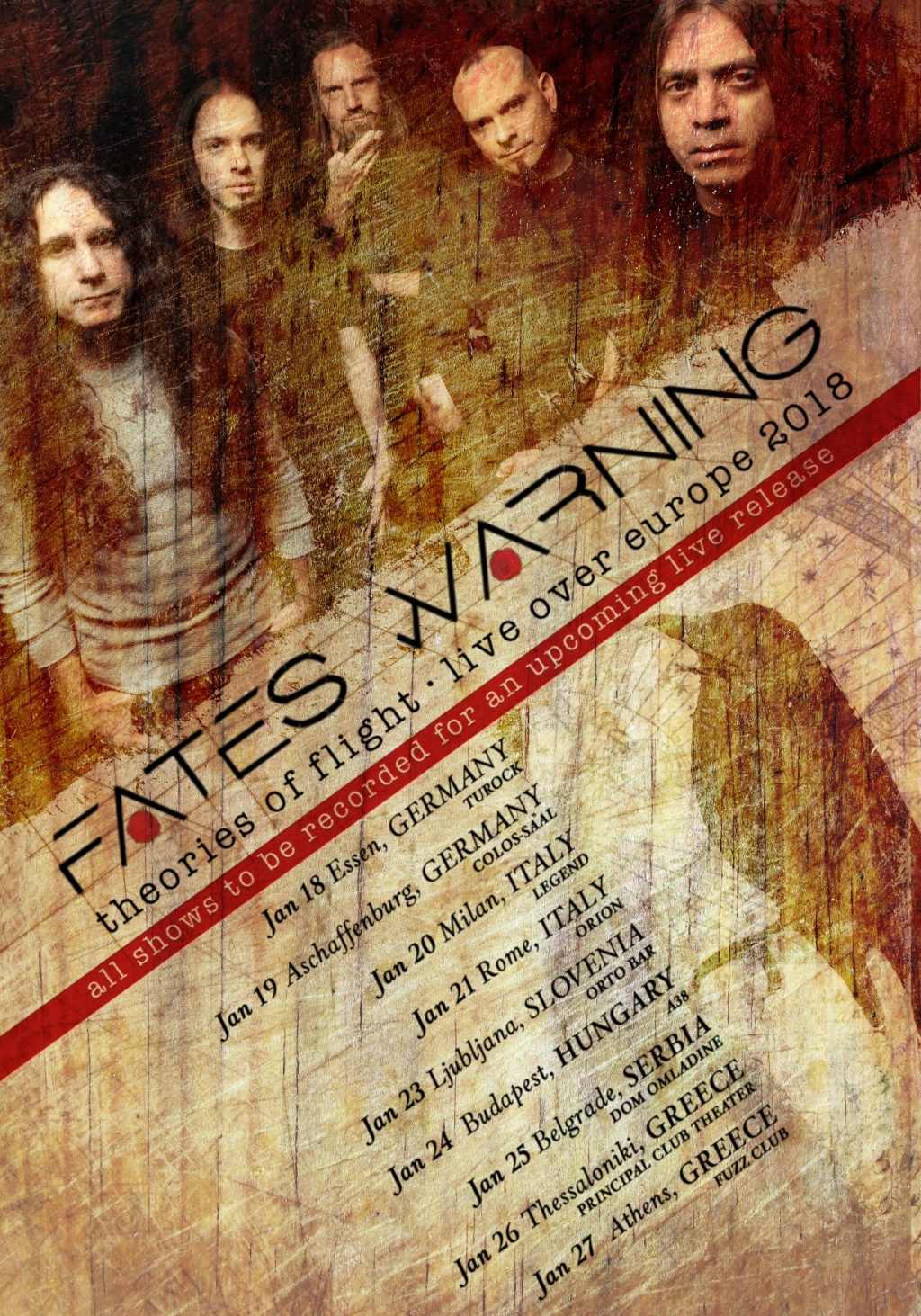 Frank Aresti contributed a couple solos on the new record, but due to his current work commitments, he is not be able to tour with FATES WARNING. He was temporarily replaced by Mike Abdow, who is described by Aresti as “a great guitarist and a great guy.”

You can read our review of “Theories of Flight” in this location. The updates list of tour dates can be found below.