Sporting a dynamic and renewed lineup featuring founding member, producer, singer, and keyboardist Alessandro Del Vecchio, guitarist Aldo Lonobile (Secret Sphere), bass player Nik Mazzucconi (Labyrinth), and drummer Marco Di Salvia (Hardline), EDGE OF FOREVER are back with what is easily their strongest album to date, which heads back to the heavier, but still melodic, sound of their acclaimed debut album. The video for the album first single and title song can be seen below.

Years of artistic collaboration between Alessandro Del Vecchio and Frontiers have led to some simply amazing records and “Native Soul” is no exception. Anthemic songs, epic choruses, bombastic production, and a deep, strong vocal performance are the foundation of the album.

“I’ve been eager to reach the sound we have now as a band for years,” says Alessandro. “I chased very hard what I envisioned when I wrote these songs, but the final result exceeded my expectations! The band is tighter, tougher, and classier than ever. Honestly, I couldn’t be happier and more pumped about it. Edge Of Forever always had those classic rock and neoclassical elements that could remind one of Talisman, Yngwie Malmsteen, and House Of Lords, but this time we wanted to take the strong melodic, hard bluesy edge that bands like Tangier have and blend it all together.” 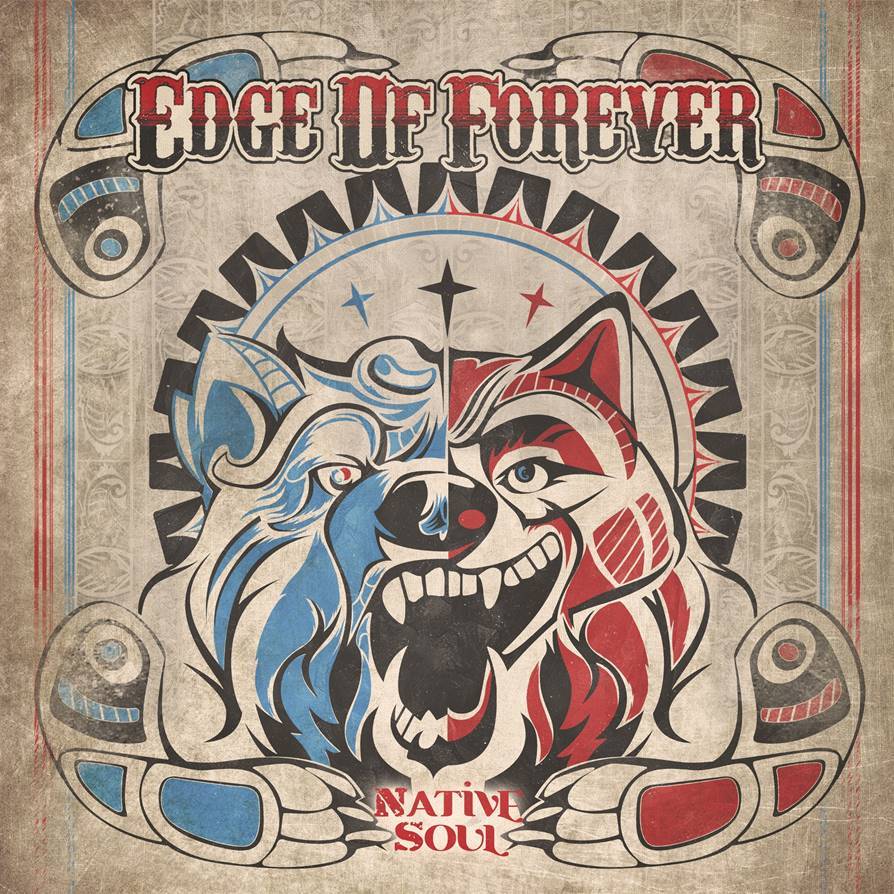 Since Alessandro Del Vecchio teamed up with Frontiers he has since became a reference name in the hard rock world, being the producer, songwriter and musician behind successful albums with the likes of Hardline, Jorn, Revolution Saints, The End Machine, Find Me, First Signal, Harem Scarem, House Of Lords, and many others. Beside being one of the most talented musicians in the scene, Alessandro is also known for his high tenor soulful voice. Aldo Lonobile was the first choice when the band was ready to enter the studio. Loaded with a great attitude and undeniable talents, Aldo’s guitar playing fits like a glove for EDGE OF FOREVER. His aggressive rhythm guitars and powerful but soaring guitar solos give new life to the sound of the band. Still forged as a metal/hard rock guitarist, Aldo’s guitar work on the album allows the listener to have a new perspective of him as a player, with bluesy solos and melodic phrasings. Nik Mazzucconi is the only member left – with Alessandro – from the last album “Another Paradise” and his playing pairs perfectly with powerful drummer Marco Di Salvia, already a bandmate of Alessandro in HARDLINE.

“Aldo and I have been talking for years about doing something together and now that he is also part of the extended Frontiers family, my choice couldn’t have been easier. He was #1 on my list ’cause I knew he had the chops and understood the sound I wanted for the record and for the band. He is known to be more of a metal guitarist, but he blew me away in the studio with great melodic solos and you’ll hear that bluesy side you wouldn’t expect from him. Nik and Marco already played together several times and I always witnessed a great chemistry and they locked perfectly on these songs, giving them a completely live and in-your-face attitude. There are still tons of keyboards and soaring melodies, but this is certainly a riff-based record. We also wanted this album to be different from your ordinary rock record and and give it a different vibe from the start. That’s why the first song on the album is the acapella “Three Rivers”, like a warm welcome to “our” own sound and world.”

““Native Soul” is my very first hard rock release,” says guitarist Aldo Lonobile “I grew up listening to this genre and its legendary guitarists so when my buddy Alessandro invited me to join the band and played me the first few demos I was sure that we were on the way to deliver a gem of an album. I had to change drastically my playing for this record, but at the same time I am sure everyone will enjoy the final result.”

“Native Soul” is a deep and spiritual record. The Native concepts of Life, Faith and Love for Mother Earth come alive in songs like the title-track “Native Soul”, “Promised Land”, “Carry On”, “Wash Your Sins Away” and the acapella intro of the album “Three Rivers”, turning them all into anthems about life strength and motivation. “”Native Soul” is a very positive record and I want people to listen to these songs with a smile on their faces and enjoy a band pouring blood, sweat, and love into every single note. It’s my vision of the world, of life, and faith and gives a strong message of never letting anything stop you,” concludes Alessandro.

EDGE OF FOREVER is: