Canadian singer, songwriter and producer Devin Townsend has announced a new virtual event dubbed “Empath Volume 2: By Request”. Set to take place on September 5, it will see him run through the set he was due to perform at this year’s edition of United Kingdom’s Bloodstock Open Air festival. Townsend will be joined by drummer Samus Paulicelli, guitarist Wes Hauch and bassist Liam Wilson.

Townsend explains: “So, I was thrilled to announce my headlining of Bloodstock this year, and with an eye on doing my first ‘by request’ set that included my entire career, (including [STRAPPING YOUNG LAD] and all the [DEVIN TOWNSEND PROJECT] albums), I know there were a lot of people that were really excited as well. But then, as we all know, circumstances prevented that from happening, and that was disappointing as the show was meant to be a pivotal moment in my creative career. But every roadblock is an opportunity for something different so we have come up with a plan to bring you the show in a way I believe will be kind of revolutionary and damned exciting.

“We have been working tirelessly to bring you a ‘virtual’ concert of the by request set, with musicians playing together, yet all in different parts of the world. However, I wanted to do something different, not the ‘Brady Bunch’ type split screen visuals filmed on smartphones (they are cool, but also not really exciting in my opinion). Instead, we have opted to make a full production, filming ourselves separately, playing our instruments live, on greenscreens, with 8 cameras each (all at the same heights and distances for each of our remote shoots) and then combine these elements on a crazy virtual stage. It’s ambitious, but I think the closest to a monster concert as can be achieved this summer. Considering everyone is scattered throughout the land yet not wanting to ‘let the dream die’ we have stumbled upon something rather amazing I think.

“The players are Samus on drums, Wes Hauch on guitar, and Liam Wilson on bass… they have been going crazy learning the material, and we are putting it all together on September 5th, for the most ambitious live stream I think I’ve heard of thus far. We have been dealing with StageIt to avoid any hiccups, and it’s poised to be rather awesome.

“I will be live with it, and you, at this show, answering questions and talking to you throughout, to make it a totally interactive experience that acts not only as a cool way to spend a Saturday, but also as a potentially new way to do concerts entirely. The players I have hired have worked their butts off learning the material, and its going to be one of the coolest things Ive done in recent memory.

“So please consider coming to this, StageIt has allowed the show to be the full 85 minutes, so it will be the full Bloodstock set. I can’t actually believe we’re managing to pull off something like this, and there’s a lot involved with it, but it’s worth it to me. Its not just any quarantine concert; this one is a quantum leap of sound and visuals. I cant wait for you to see this, hopefully you’ll consider it.” 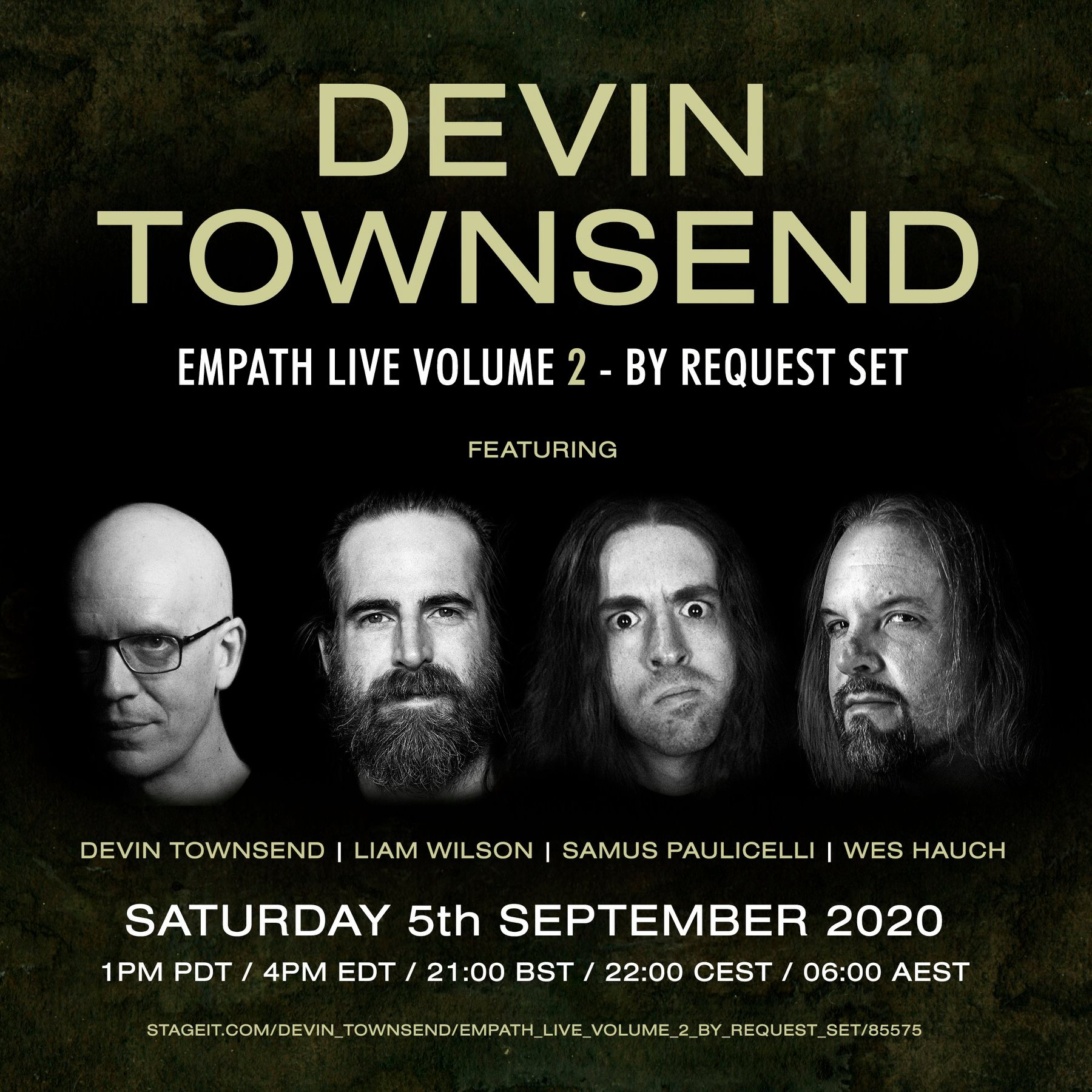