Speaking to Rock Candy magazine for the cover story of issue 21, DEEP PURPLE stalwarts Ian Gillan and Ian Paice have revealed what fuels their enduring passion for rock music — and it has nothing to do with money. It’s their abiding love for being in DEEP PURPLE, not the pots of cash, that has ensured the legendary rock band has survived for more than 50 years — and it also means that PURPLE is still making exciting and creative music with new album “Whoosh!”

“The early days were fabulous,” says vocalist Gillan in his interview with writer Dave Ling. “Everything was new and wonderful and shocking. Things got bigger and bigger and bigger, so we became very confident. But as young men, we were also wealthy. We had more money than we could ever imagine. In those circumstances, you can end up becoming surrounded by sycophants who tell you you can’t do a thing wrong. At that age I thought I knew everything. How wrong I was.”

Despite not knowing everything, the PURPLE singer has nevertheless navigated a tremendous career. The secret, says Gillan, is in remaining true to yourself.

“We never try to second-guess what the public wants, or what the business might desire from us in terms of the records we make,” he says. “What we do is what pleases us, and we cross our fingers and put our hands together in prayer that the public will like it.”

Given DEEP PURPLE‘s exalted position as a live draw even now, it appears that their public is still as excited about PURPLE performing as the band are about playing. The coronavirus pandemic put paid to the band’s plans to undertake a major tour in 2020, “and that’s a lot of time to sit around doing nothing,” says an exasperated Paice. “Sitting on my arse until June next year really doesn’t appeal to me.” There are currently two dates pencilled in for September in Sweden, which may stop Paice getting itchy. But there’s no doubt that PURPLE‘s loyal fans will turn out in droves to see them when they hit the road in earnest in 2021, especially given that the band acknowledge that they can’t simply go on forever. If the skill or the energy should drop away then that’s the end of it for me,” insists Gillan. “I don’t want to go out there and do anything that’s sub-standard.”

Read the whole of this revealing article in issue 21 of Rock Candy magazine. 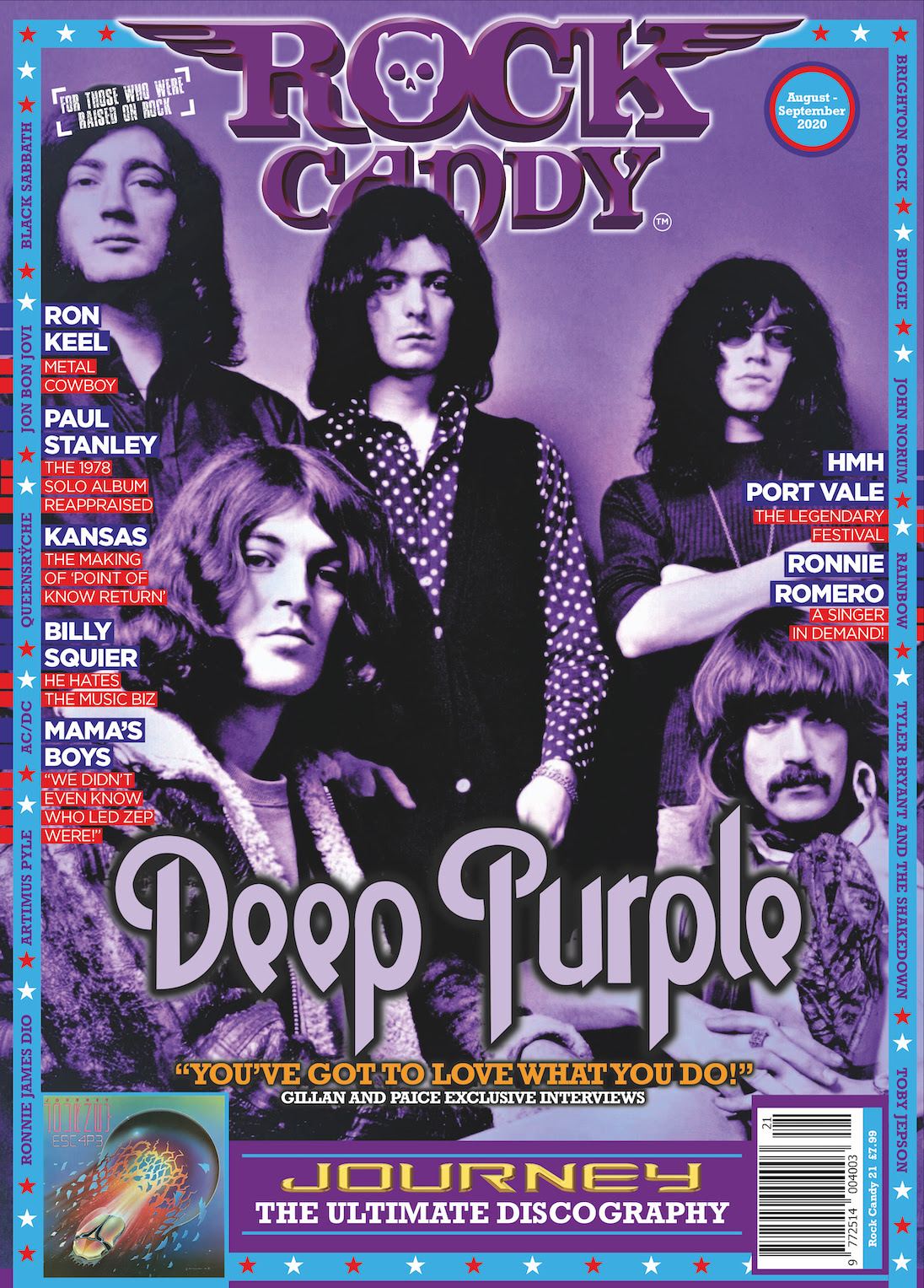