Legendary heavy metal front-man, actor and radio personality DEE SNIDER is about to drop “For The Love Of Metal Live”, a larger than life live album and DVD/Blu-Ray set, this Friday, July 31 via Napalm Records. Music lovers around the world are craving the return of live concert experiences, and “For The Love Of Metal Live” is just the thing to keep live music where it belongs – with the fans! Combined behind-the-scenes footage, various detailed interview clips, insightful personal commentary and electrifying live performances make this release an entertaining experience that every heavy metal fan needs in their collection.

Today, in celebration of release week and as a follow up to the premieres of dominating studio track “Prove Me Wrong” and the energetic live video for “I Am The Hurricane”, DEE SNIDER has revealed yet another video – this time for the live album version of “For The Love Of Metal”. A sinister groove leads the listener down a darkened path, careening into a heavy thrashing verse accented by guitar harmonics. DEE SNIDER chants his ode to heavy metal music with a confident, riotous passion, and with his band by his side, delivers a vehement in-the-flesh performance.

DEE SNIDER says about “For The Love Of Metal” Live: “When Jamey Jasta told me his idea for this song, I thought it sounded crazy. But after we were done putting it together and recording For The Love Of Metal, I knew we made a statement that not only needed to be made, but will speak for the heavy metal community for years to come. Because at the end of the day, we are all fucking metal! This is my new favorite song to perform live!”<

The DVD/Blu-Ray and accompanying live album (available in various formats, see below) features audio captured from several Dee Snider festival performances worldwide – from the United States to Europe, Australia and beyond. In addition to tracks from Snider’s solo catalog like “I Am the Hurricane” and “For The Love Of Metal”, Twisted Sister favorites such as “I Wanna Rock” and “We’re Not Gonna Take It”, and even a cover of AC/DC’s “Highway to Hell”, the audio portion of “For The Love of Metal Live” also features a brand new original studio track, “Prove Me Wrong” – a thrashing, confident metal hit. 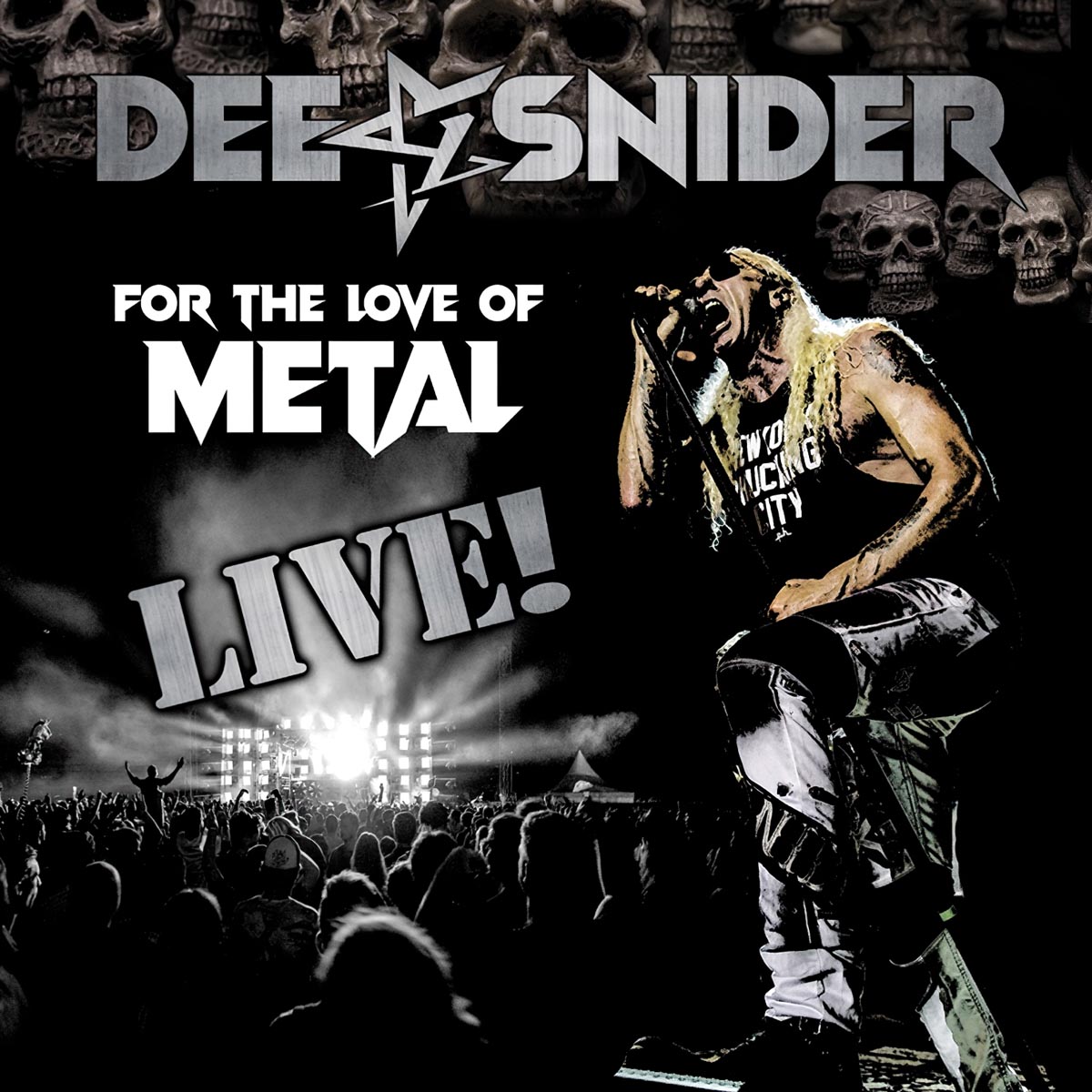 “For The Love of Metal Live” Album Artwork

The DVD/Blu-Ray also feature additional bonus live material and personal footage, with the DVD/Blu-Ray including even more special bonus interview content. The interviews feature Snider himself discussing his famed PMRC hearing, opening for Motörhead and more.

While live entertainment has been curtailed for now, we cannot let the spirit of live entertainment die within us. Any music I’ve ever loved and listened to, I always imagine what it would be like live. When I was young and couldn’t go to shows, all I had was what I thought the bands would be like live. We must keep our desire to see and hear the great new music out there in concert, because that’s its true habitat. Bands on stage with fans cheering them on in the audience is the way the rock gods intended it to be.” – Dee Snider

Pre-Order “For The Love of Metal Live” here

“For The Love of Metal Live” Track-Listings: 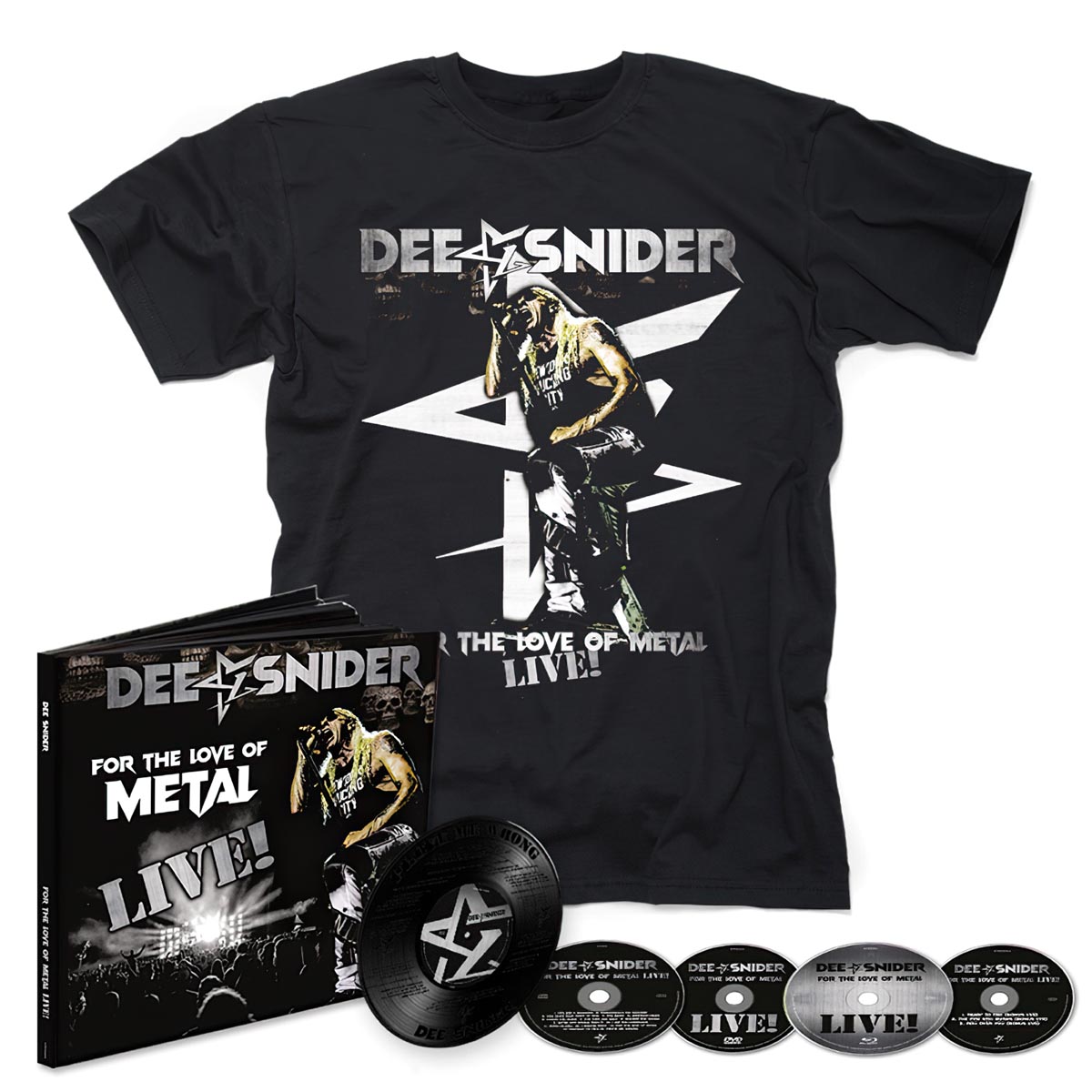 “For The Love of Metal Live” will be available in the following formats: