Maryland rockers CLUTCH are once again gearing up for another edition of their “Live From The Doom Saloon” streaming concert series. On December 18, the band will play a 15-song set of its classics as voted by the fans.

Anyone who misses “Live From The Doom Saloon – Volume III” concert will be able to stream it on demand through the weekend, right up until midnight EST on December 20. Show donations will benefit Save Our Stages, a charitable organization that raises money for over 3,000 independent venues in 50 states and Washington D.C. that are banding together to ask Washington for targeted legislation to help live music survive. Music venues were the first to close and will be the last to open due to COVID-19.

Tickets are on sale now at ClutchMerch.com. 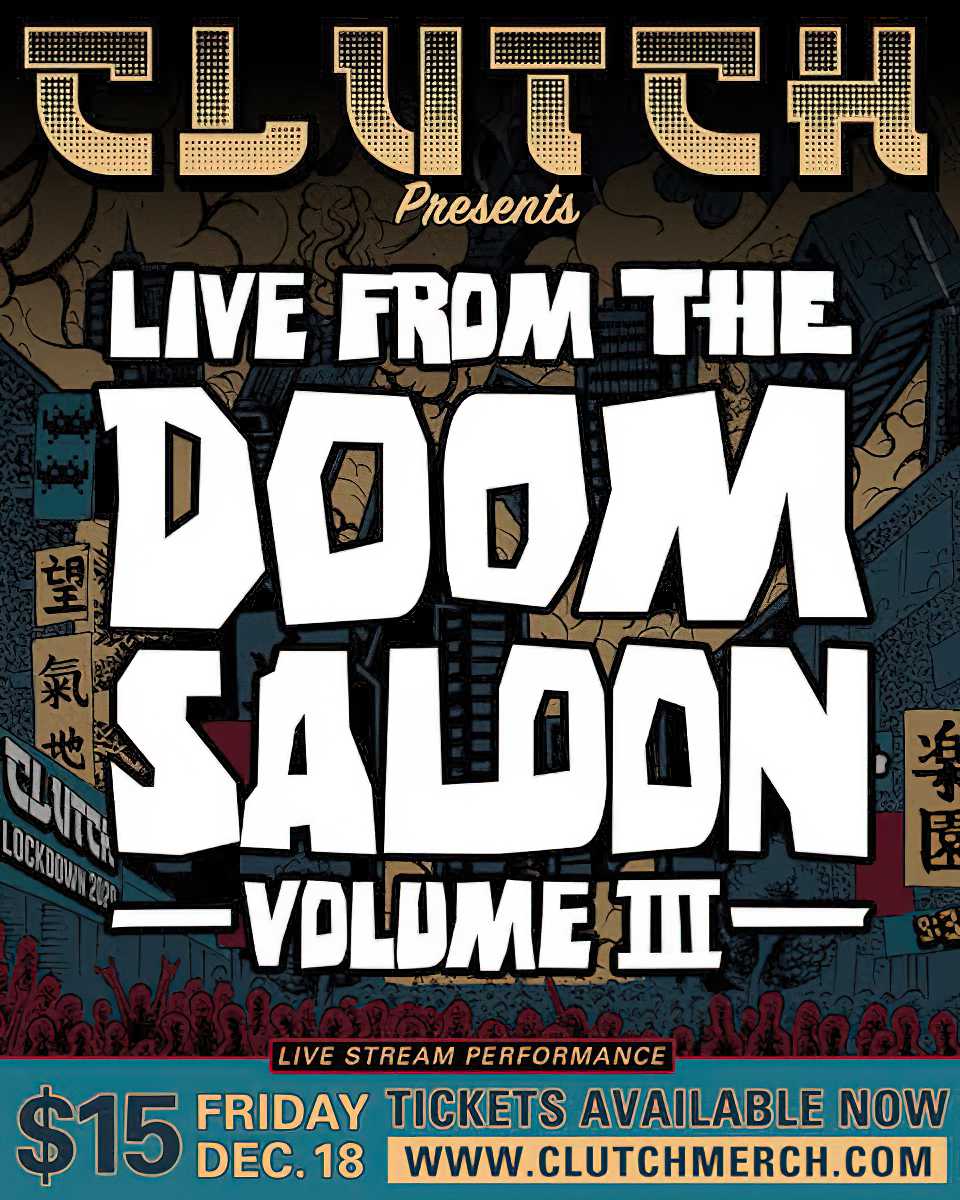