Back with a vengeance and hell-bent on destruction, Norwegian death metallers, CADAVER, are back in business and ready to reign. “Edder & Bile,” the first full length from this band’s new incarnation of Anders Odden’s original, extreme metal vision, will be released on November 27th via Nuclear Blast Records. On October 23rd, the band released the music video for the second single, “Reborn.”

Anders Odden comments, “‘Reborn’ is one of those songs that just jumps out and grabs you as a listener. The way nothing in the song repeats is a symbol of time itself. The lyrics are about not being afraid of who you are and that you should claim your own throne in life. So many things will go wrong with every one of us and I wanted the video for the song to both represent our current time and become timeless. In 1896, the famous Norwegian artist, Theodore Kittelsen, depicted the Black Death as a spirit in human form as a woman named ‘Pesta’. She plays with our lives, making us feel fragile while the pest doctor symbolizes our defense against death. It is there to remind everyone of our origins, every human has the shadow of a beast. We are all gonna die at the end no matter our triumphs – only death is real. But, while we wait for the end we should be celebrating the post-apocalyptic world we are heading into.”

“Edder & Bile” was produced by the band as well as Adair Daufembach who also handled the engineering. The album was recorded and mixed at Northwood Sound Studios in Hollywood, CA. The album features vocal cameos from death metal icons Kam Lee (MASSACRE) and Jeff Becerra (POSSESSED) ensuring that this crushing rebirth has underground credentials to spare. The photo for the artwork was taken by Hannah Verbeuren and the layout was created by Justin Bartlett.

“Edder & Bile” will be available in the following formats and can be pre-ordered HERE: 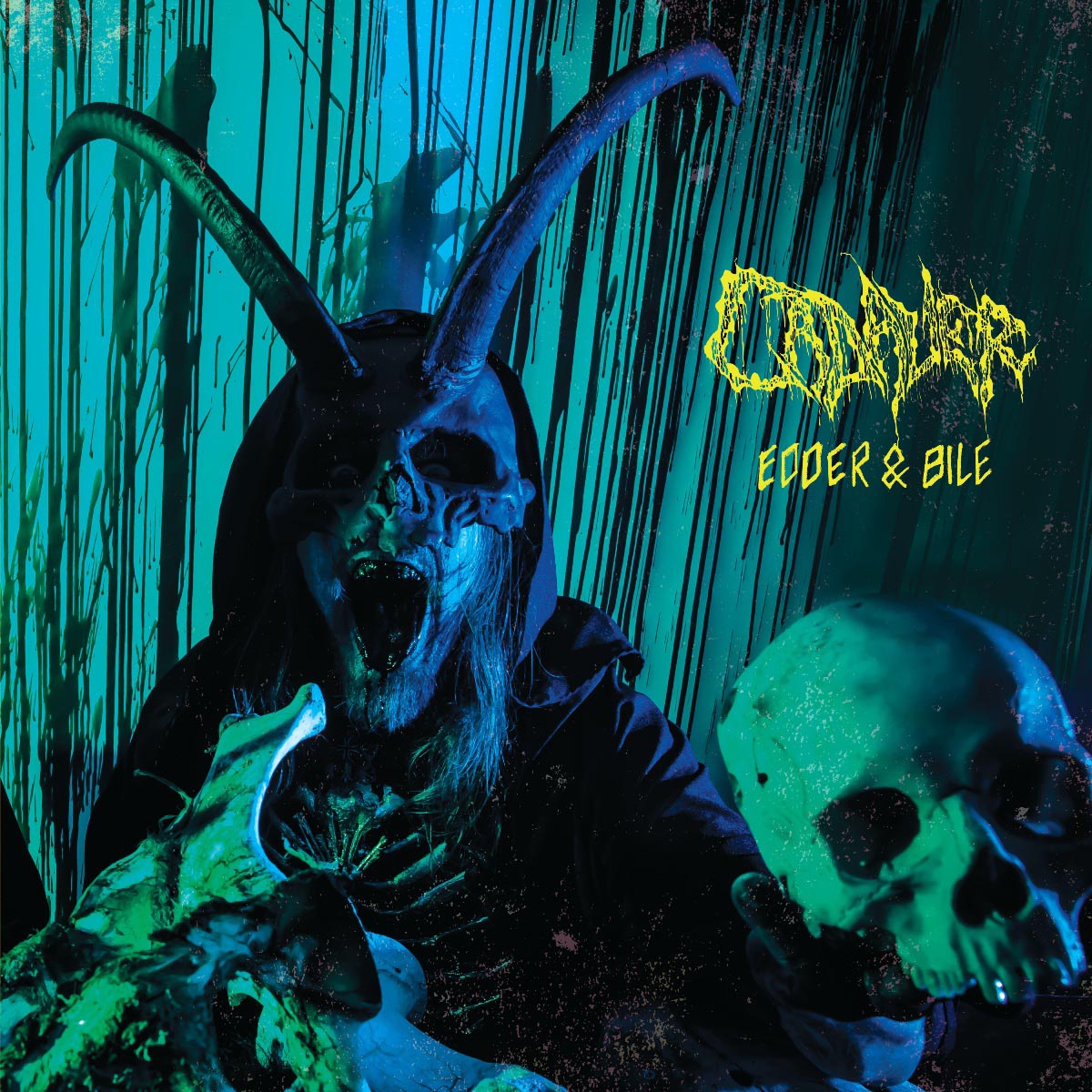