As a bassist and composer, Bryan Beller (The Aristocrats, Joe Satriani, Dethklok, Steve Vai) has never been accused of being insufficiently driven. But nothing he’s done before can truly prepare audiences for his newest release, the massively ambitious and unapologetically progressive double concept album Scenes From The Flood, scheduled for worldwide release on September 13, and available for pre-order starting today at bryanbeller.com.

A work so sweeping in scale that it took Beller nearly a decade to conceive, compose, and now fully realize, the album grapples with an existential question: When the storm comes for us, the big one after which things will not be the same, who are we and what do we become in those defining moments? What do we keep, and what do we let go? Scenes From The Flood explores themes of ambition and loss, intentionality and reality, hope and disillusionment, and uses every second of its 18-song, 88-minute running order to tell an emotionally consuming and unforgettable musical story.

Today marks the debut of the animated video for one of the album’s signature tunes, “The Storm”, a dark and heavy odyssey that serves as one of the signature compositions of Beller’s new opus. The 7-minute piece features the aforementioned metal legend Gene Hoglan on drums and an army of four guitarists to deliver the song’s urgent, powerful message. Watch it below. 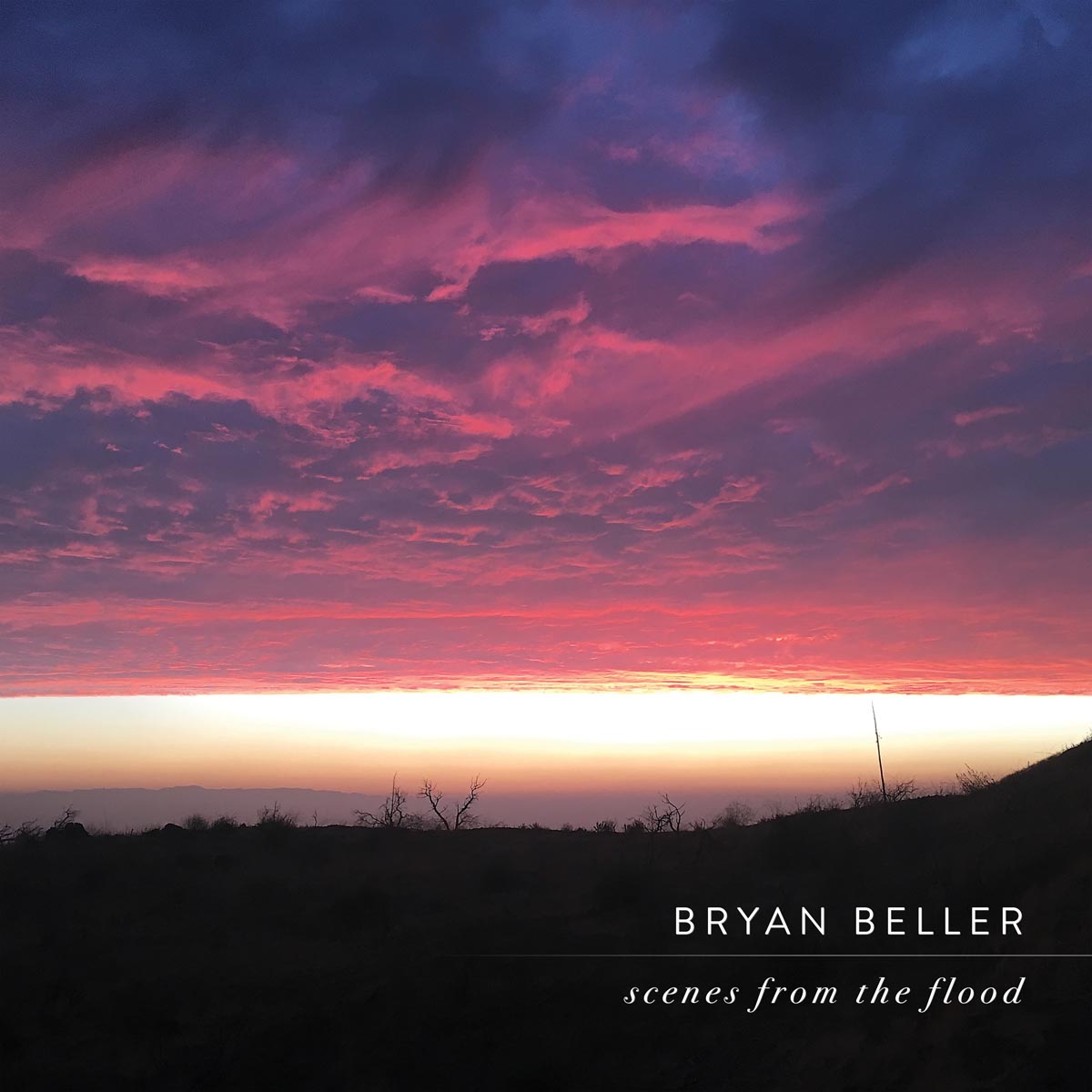 “Scenes From The Flood” Album Artwork

“Not exactly light fare, is it?” chuckles Beller, who just turned 48. “But all of my truly favorite albums take me to deep, sometimes challenging places, even upon repeated listening. Especially the double albums. Somewhere inside me, in the eleven years since my last solo album, I’d absorbed and processed a series of life experiences that, I thought, could possibly inform an extended work like this. I felt like I had something big and complex to say. And then I just dove into it.”

Presented in the classic format of four vinyl sides (or four “parts” on two CD’s), Scenes From The Flood was inspired by hallowed progressive double-albums like Pink Floyd‘s The Wall and Yes‘ Tales From Topographic Oceans, as well as more modern expanded works, such as Nine Inch Nails‘ The Fragile. The deluxe packaging (2CD 8-panel digipak + two 20-page double-CD booklets; 2LP gatefold + 24-page full-size booklet) reveals not just album artwork, but unique cover-style artwork for each of the eighteen songs, or “scenes”. The resulting sense of story urgency and dramatic narrative presents like a soundtrack to a movie suspense thriller as much as it does a double album. A limited run of 200 colored (purple) vinyl will also be produced.

Scenes From The Flood Tracklisting

1. The Scouring Of Three & Seventeen
2. Volunteer State
3. Everything And Nothing
4. A Quickening
5. Steiner In Ellipses

1. Bunkistan
2. As Advertised
3. Army Of The Black Rectangles
4. The Outer Boundary
5. Angles & Exits