The second annual Bourbon & Beyond Festival makes its return to Louisville’s Champions Park on Sept. 22 and 23 blending Bourbon, food and rock legends. Musical legends Sting and Robert Plant along with The Sensational Space Shifters, as well as superstars John Mayer, Lenny Kravitz, Counting Crows, David Byrne and Sheryl Crow will lead the music lineup of well over 30 artists.

Bourbon & Beyond, presented by Danny Wimmer Presents, is an annual celebration of the craftsmanship behind award-winning Bourbons, master distillers, legendary musicians, world-class chefs, and an unforgettable showcase of the soul and spirit of Louisville, held during Bourbon Heritage Month. In its inaugural year in 2017, the festival attracted 50,000 people from all over the country, offering a series of on-site experiences, including Bourbon and culinary workshops. 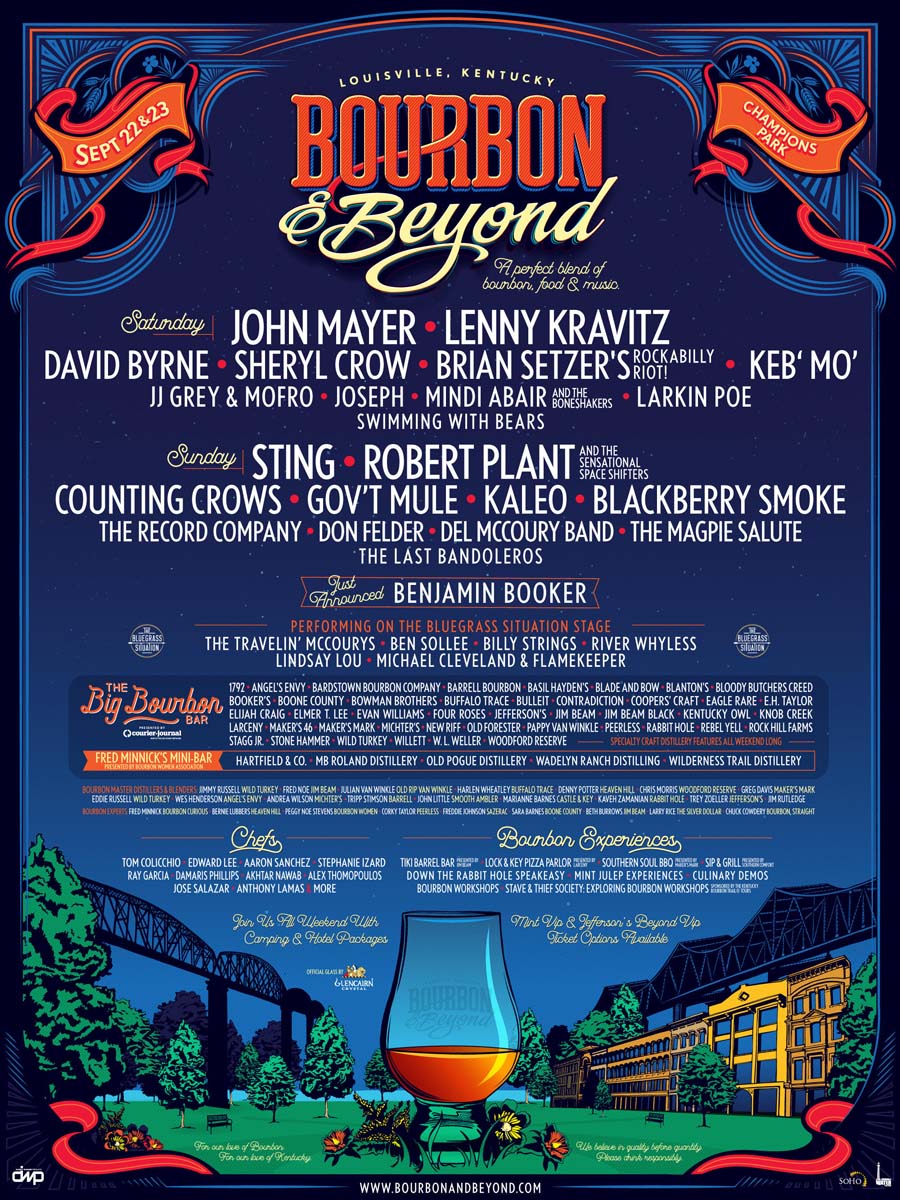 Acclaimed Louisville whiskey bar The Silver Dollar will operate “The Hunter’s Club”, where festival goers can find vintage bourbons dating as far back as the 1930s, as well as contemporary collectibles.  Last year, in fact, the club had over 50 rare examples on hand for bourbon aficionados to check out.

“The underlying theme of Bourbon & Beyond is a celebration of craftsmanship. I’ve asked our team to approach every aspect of this festival with the same handcrafted spirit that is used by all of the participating artisans. Each and every one of these distilleries, master distillers, musicians, and chefs have spent years mastering their craft. I am honored and humbled that they have agreed to participate in our second year,” said Danny Wimmer.

For tickets and more information please visit this location and check out the official video announcement below.