BLUES PILLS have released the video for their second album single “Low Road,” which you can now watch below. Unfortunately, the album, “Holy Moly!”, will not be released as planned on June 19th, 2020. Together, the band, its management and label have decided to postpone the album indefinitely.

The band states: “It’s with a heavy heart that we must tell you that our new album “Holy Moly!” must be postponed. Due to the situation with Covid-19 it’s impossible for us to go on with this album release according to plan. Festival after festival is getting canceled, borders are closed and we feel we cannot go on with this release to make it the best. We put so much into this, over a year of hard work in our own studio and we miss you fans out there SO much. This situation breaks our hearts, we were excited to share this with you. The album, the festivals, the upcoming tours.”

BLUES PILLS continue: “We hope to have more information during the next week. But the album will be released, we’re just pushing the release date and we’re still thinking if we should go on releasing singles but over a longer time. Or take a break and continue the release when we decided when the album will be released. We want to share this with you so bad, and we will. But now the most important is to take care of each other. Stay strong, stay healthy. Support bands and artists you like, keep the rock rolling. WE LOVE YOU.”

If you were blazed by the heaviness of their first self titled album, and tripped to the psychedelic soul of “Lady In Gold”(#1 Germany) you won’t be immune to the effects of this third dose of the pills. “Holy Moly!” was written, produced and recorded in BLUES PILLS’ own analogue studio which they built in the beautiful countryside of Närke, Sweden. In the old factory building, where the studio is located Zack, Elin and André spent almost a year recording and writing songs. 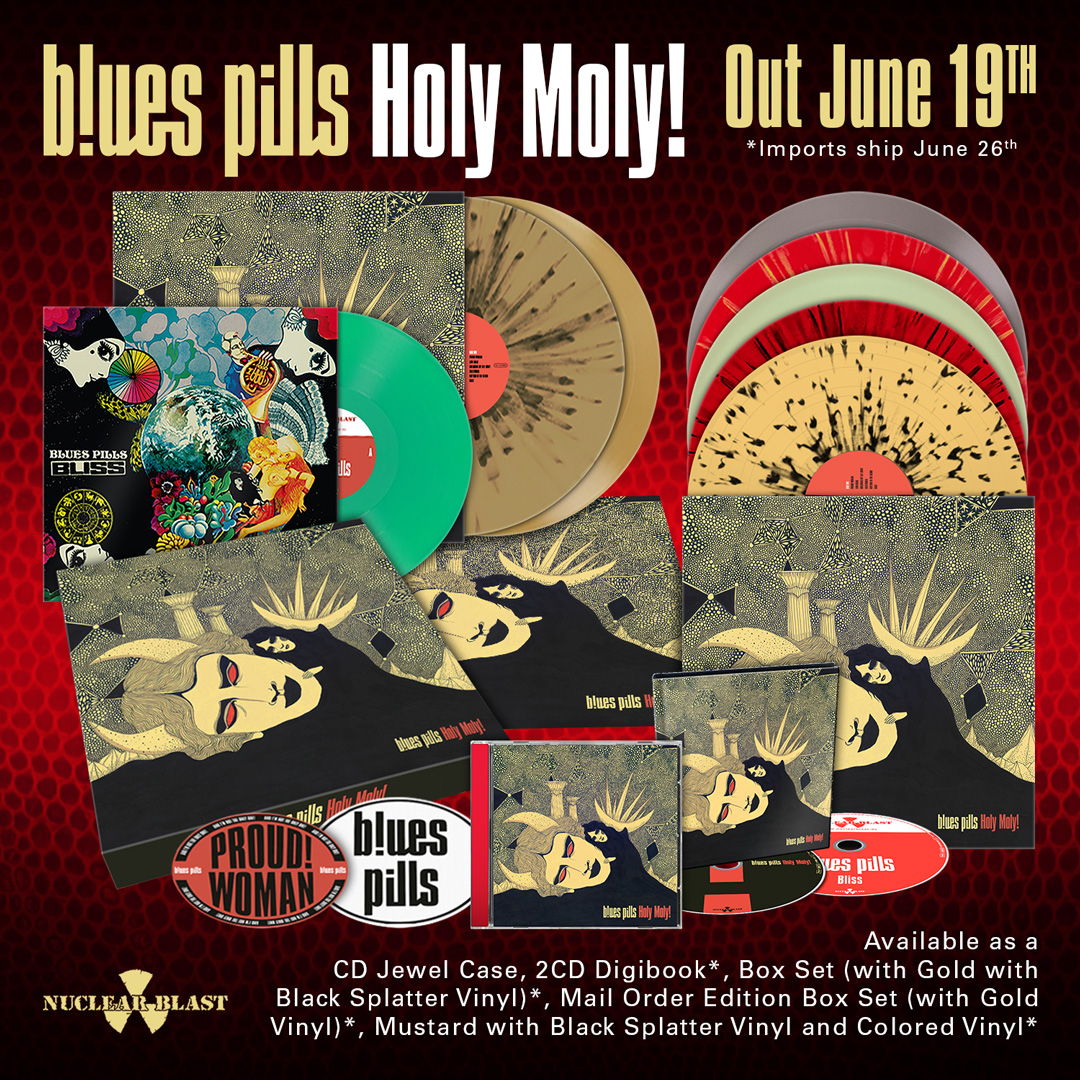 The album is recorded by BLUES PILLS guitarist Zack, although with some helping hands along the way from THE HIVES members Nicolaus Arson and Johan Gustafsson, as well as Martin Jacobsson from Rovljud Sound. “Holy Moly!” is self- produced by BLUES PILLS and mixed by the Grammy award winning Andrew Scheps (RED HOT CHILI PEPPERS, IGGY POP, ADELE, BLACK SABBATH, RIVAL SONS, HOZIER). The album illustration ”Beast” is by the artist Daria Hlazatova.