Baroness, in a first time ever performance, will play “Gold & Grey,” the band’s widely-praised 2019 album, in its entirety on Sept. 10 at 8 pm Eastern as a live-stream from Long Island City’s Culture Lab LIC at The Plaxall Gallery.

Tickets, which are available now at this location, grant access to the premier live-stream event as well as unlimited viewing for 48 hours beginning at the time of redemption. The concert is available throughout the weekend, ending at 11:59 pm Eastern on Sunday, Sept. 13. A limited-edition collection of merch items to commemorate the special outing will also be available to ticket purchasers.

“The process of recreating the soundscape of ‘Gold & Grey’ for a live setting has been fun and inspiring to us as we forward to new musical territories,” says guitarist Gina Gleason. “We’re excited to share this experience with everyone!”

As a band that has continually integrated the visual and auditory realms of art and music, Culture Lab LIC at The Plaxall Gallery is a fitting backdrop for Baroness’ first live performance of 2020. Featuring a 12,000 square foot converted warehouse, the non-profit is dedicated to supporting the development of art, theater, music and community services.“Gold & Grey” arrived in June of 2019 with Stereogum saying the collection “is the best thing Baroness has ever done… a masterpiece,” NME declaring it “a work of art in the truest sense of the word “ and NPR, noting the synchronicity between Baroness’ music and imagery, observing that “’Gold & Grey’ feels like a callback to the heyday of the rock album as art object.” The 17-track release debuted atop Billboard’s Hard Rock Albums Sales and Independent Albums’ Charts and found the band gracing the covers of both Revolver and Kerrang! magazines. The band documented the album’s creation in a series of videos, dubbed “Making ‘Gold & Grey’”

The GRAMMY® Award nominated Baroness is John Baizley (vocals/guitar), Gina Gleason (guitar), Nick Jost (bass) and Sebastian Thomson (drums). The Philadelphia-meets-New York based band have grown to be one of rock music’s most critically-revered as well as one of the most inventive artists of the modern era with each release in their kaleidoscopic canon seeing the band further defining their unique musical vantage point. 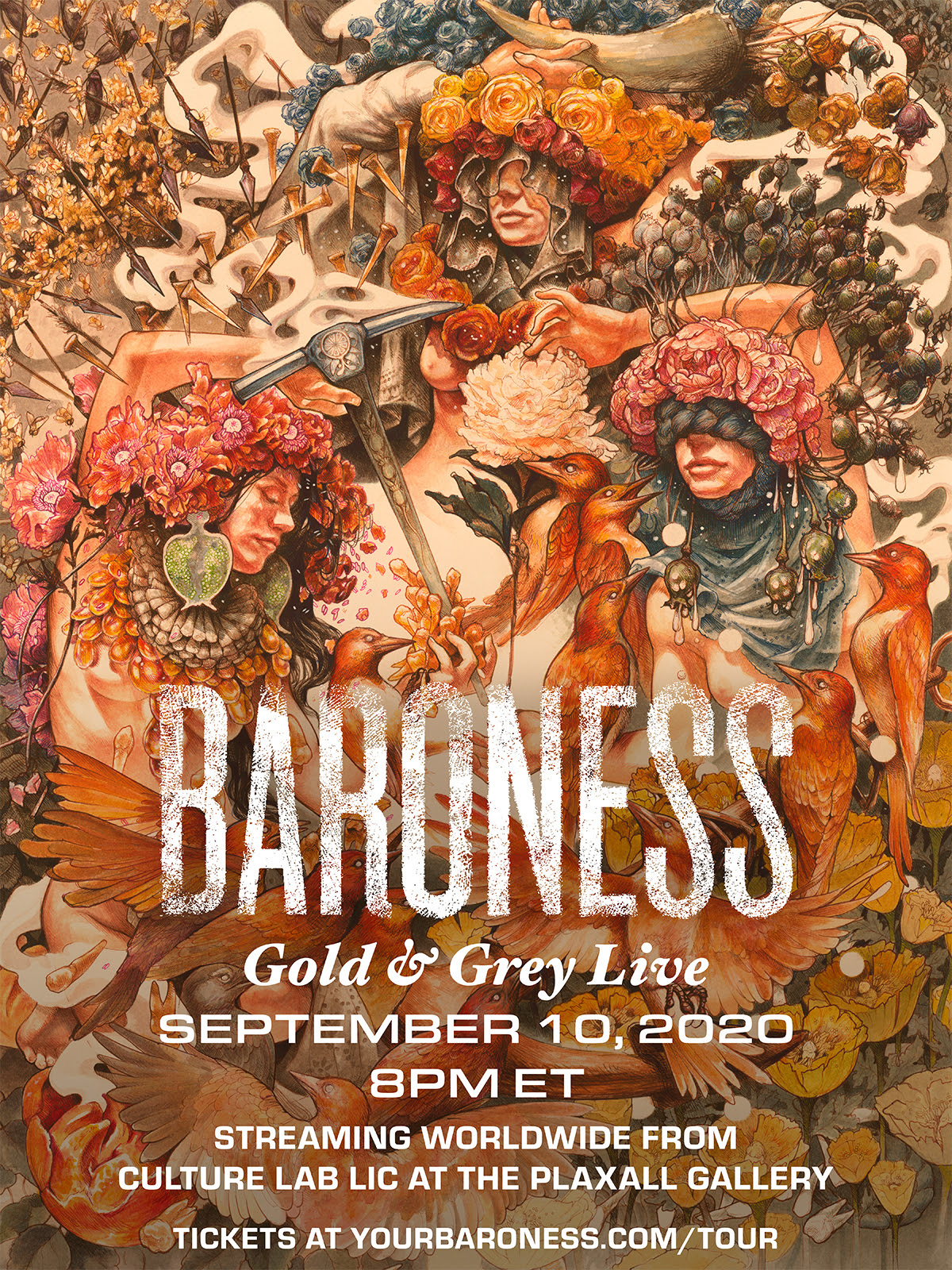