Japanese pop metal act BABYMETAL will embark on a fall 2019 U.S. headlining tour in support of its upcoming album. The band’s first-ever full-scale headlining U.S. tour will kick off on September 4 in Orlando, Florida, and run through an October 16 in Seattle, Washington. The trek includes the previously announced October 11 gig at The Forum in Los Angeles, which will mark BABYMETAL‘s first headlining arena show in the States.

Support on the BABYMETAL tour through the October 4 show in San Francisco will come from the Swedish metal band AVATAR. The last two dates will feature THE H as opening act. Tickets go on sale on Friday, May 17. Presale tickets will be available on May 13 at 10 a.m. local time using the code “BM2019”.

* No support
^ Festival date
# No AVATAR, support from THE H 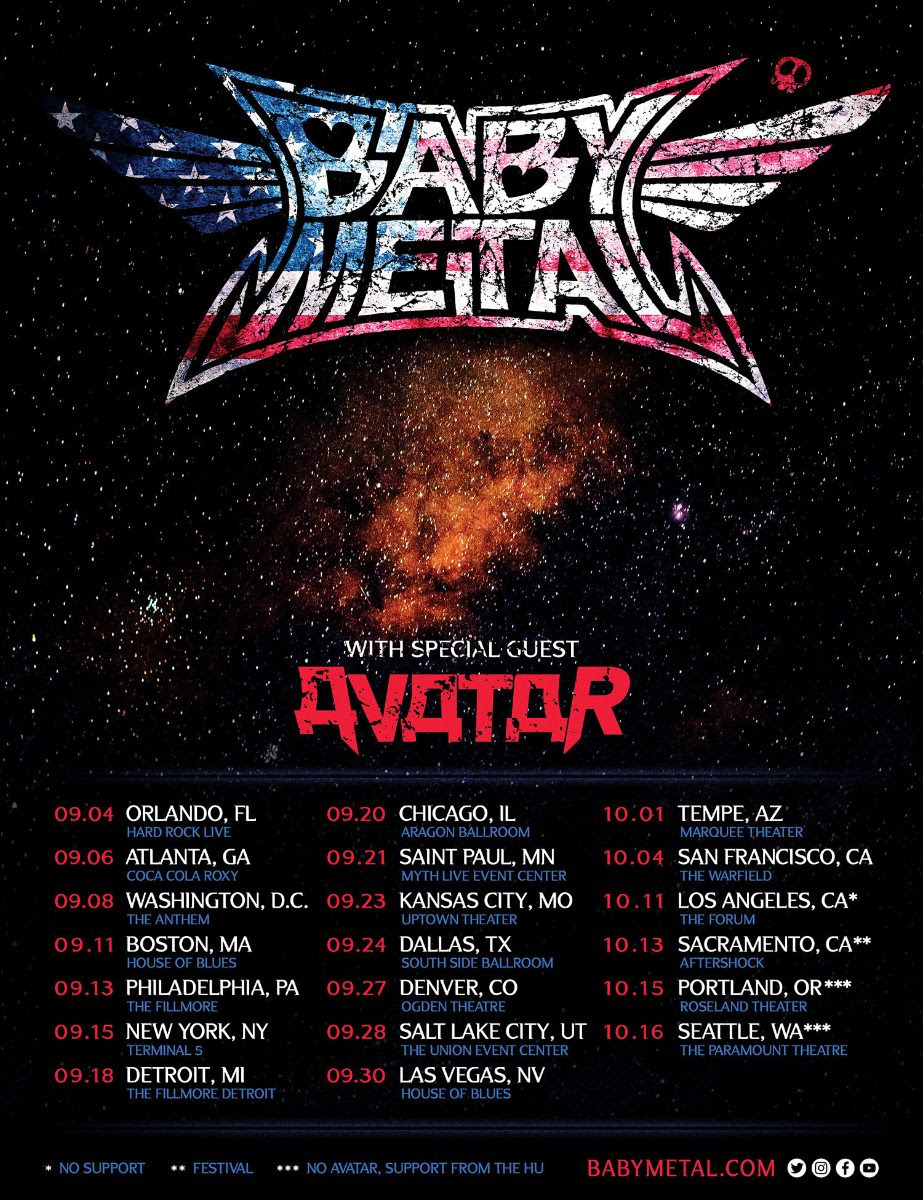 BABYMETAL‘s upcoming disc will be the follow-up to 2016’s “Metal Resistance”. Right after the release of this second disc, they performed at London’s prominent venue SSE Arena, Wembley and became the first Japanese act to have ever headlined there, breaking the all-time merchandising sales record at the venue. BABYMETAL also had successful back-to-back performances at the massive Tokyo Dome thereafter, playing to 110,000 people over two nights.

Last fall, BABYMETAL digitally released a new song called “Starlight”. It marked the rebirth of the band in which Su-Metal and Moametal form the core.

BABYMETAL spent all of 2018 touring without Yuimetal, who was formerly one of the members of the group’s core trio. She later exited the band, explaining in a statement that she would go on to pursue a solo career as Mizuno Yu.

Over the last few years, BABYMETAL has established itself as the most globally successful J-pop group of the past decade. The band describes itself as kawaii metal, kawaii meaning “cute” in Japanese.