Alice Cooper will release his brand new studio album, “Detroit Stories”, on February 26, 2021 via earMUSIC. Fans will get a first taste of the upcoming album this Friday, November 13, when the first song, “Rock ‘N’ Roll”, will be available everywhere.

Named for the city that launched the original Alice Cooper group on the road to success, “Detroit Stories” follows last year’s “Breadcrumbs” EP as a modern-day homage to the toughest and craziest rock and roll scene there ever was.

In 1970, fledgling producer Bob Ezrin walked into a farmhouse on the outskirts of Detroit to work with the Alice Cooper band. Abandoning flower power Los Angeles, because they were the opposite of the hippie peace and love ideal, Alice had brought his decidedly darker gang back to his birthplace to the legendary rock scene that gave birth to hard rock, garage rock, soul, funk, punk…and more.

Ezrin drilled the band for 10 hours a day to define their signature sound. Whenever they nailed a song, the inmates at the hospital for the criminally insane across the road cheered and thus the classic Alice Cooper sound was born.

“Detroit was heavy rock central then,” explains Alice, “You’d play the Eastown and it would be ALICE COOPER, TED NUGENT, THE STOOGES and THE WHO, for $4! The next weekend at the Grande it was MC5, BROWNSVILLE STATION and FLEETWOOD MAC, or SAVOY BROWN or the SMALL FACES. You couldn’t be a soft-rock band or you’d get your ass kicked.”

“Los Angeles had its sound with THE DOORS, LOVE and BUFFALO SPRINGFIELD,” he says, “San Francisco had the GRATEFUL DEAD and JEFFERSON AIRPLANE. New York had THE RASCALS and THE VELVET UNDERGROUND. But Detroit was the birthplace of angry hard rock. After not fitting in anywhere in the U.S. (musically or image wise) Detroit was the only place that recognized the ALICE COOPER guitar-driven hard rock sound and our crazy stage show. Detroit was a haven for the outcasts. And when they found out I was born in East Detroit… we were home.”

50 years later, Alice and Ezrin gathered some legendary Detroit musicians in a Detroit studio to record “Detroit Stories”, Alice Cooper‘s new album that celebrates that spirit for a new era. If 2019’s “Breadcrumbs” EP laid down the trail to the city, “Detroit Stories” drives like a muscle car right down Woodward Ave.

“We recorded with Wayne Kramer (guitarist and writer from the MC5), Johnny “Bee” Badanjek (drums; from the legendary DETROIT WHEELS), Paul Randolph (legendary Detroit jazz and R&B bassist) as well as the Motor City Horns and other local musicians,” explains Ezrin, “We had musical ideas and encouragement from John Varvatos, the support of the folks at Shinola, and we recorded at Rustbelt Studios in Royal Oak. This was made in Detroit, for Detroit, by Detroit denizens!”

The DVD and Blu-ray will show the incredible live performance “A Paranormal Evening At The Olympia Paris” for the first time on video. With the whole concert culture being shut down due to covid-19, Alice Cooper felt the need to share one of his latest shows with his fans as he cannot wait to get back on the road — better than ever. 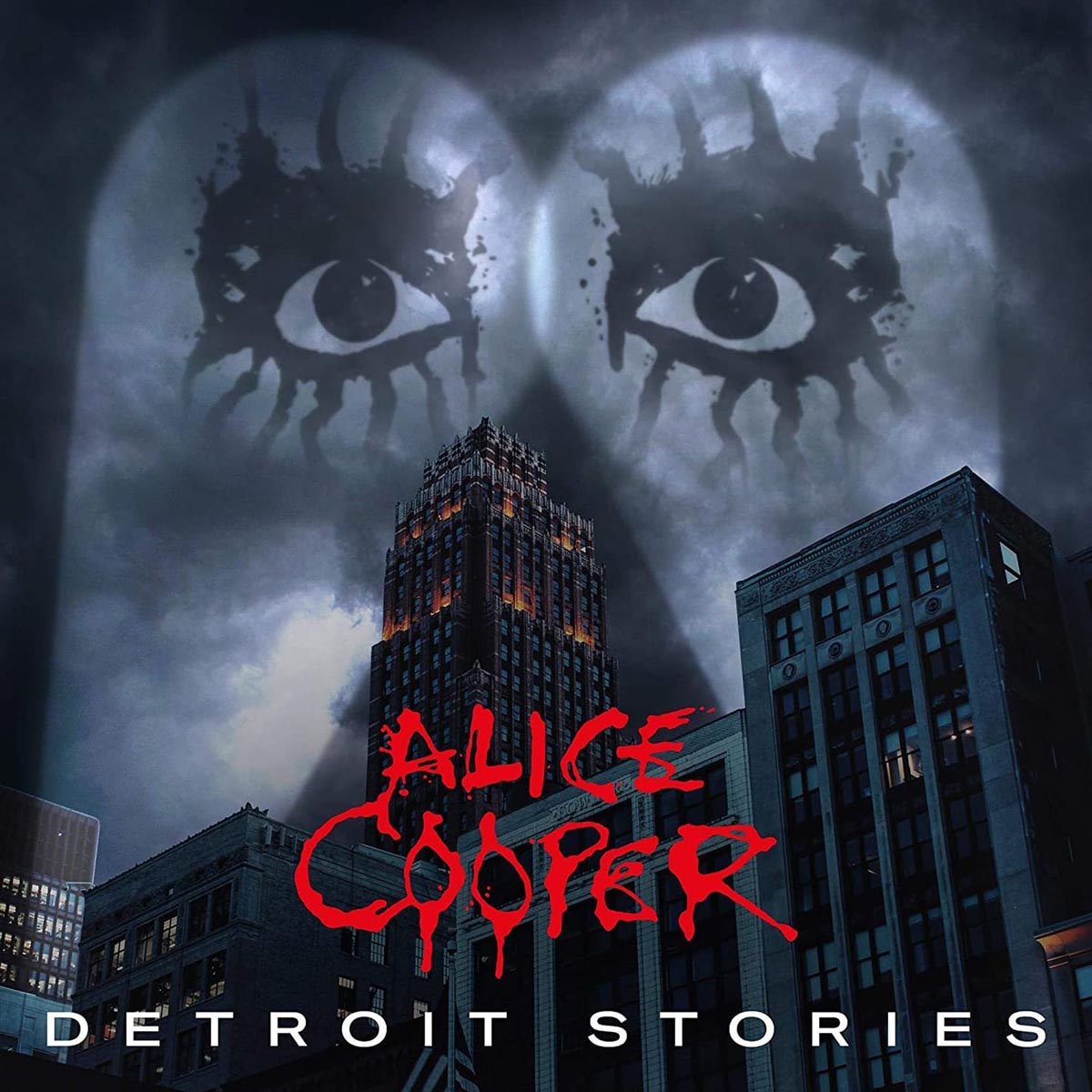