Take some interesting time changes, a whole lot of hooks, words inspired by John Steinbeck, and a kaleidoscopic vision of a Norwegian band with a front-man from Iceland.  When it’s all mixed together, you’ve got the video for “The Man Who Had It All,” the second release from Magic Pie’s upcoming album Fragments of the 5th Element.

It’s very good.  Let’s say that up front.  But you’ve got to back a few decades for part of the story of the song.

Back to when singer and lyricist Eirikur Hauksson was a schoolkid in Iceland.  One of his teachers suggested he read John Steinbeck and his books on the characters of Central California, as portrayed in Cannery Row and Tortilla Flat.  The stories often focus on the dregs of society, the poor, the drunks and prostitutes and homeless.  But they also highlight friendship, loyalty and a desire to be free of societal norms. That must have struck a chord with Hauksson—but a chord that was soft in the background until recently, when he matched his words with the music of Kim Stenberg to create “The Man Who Had It All.” 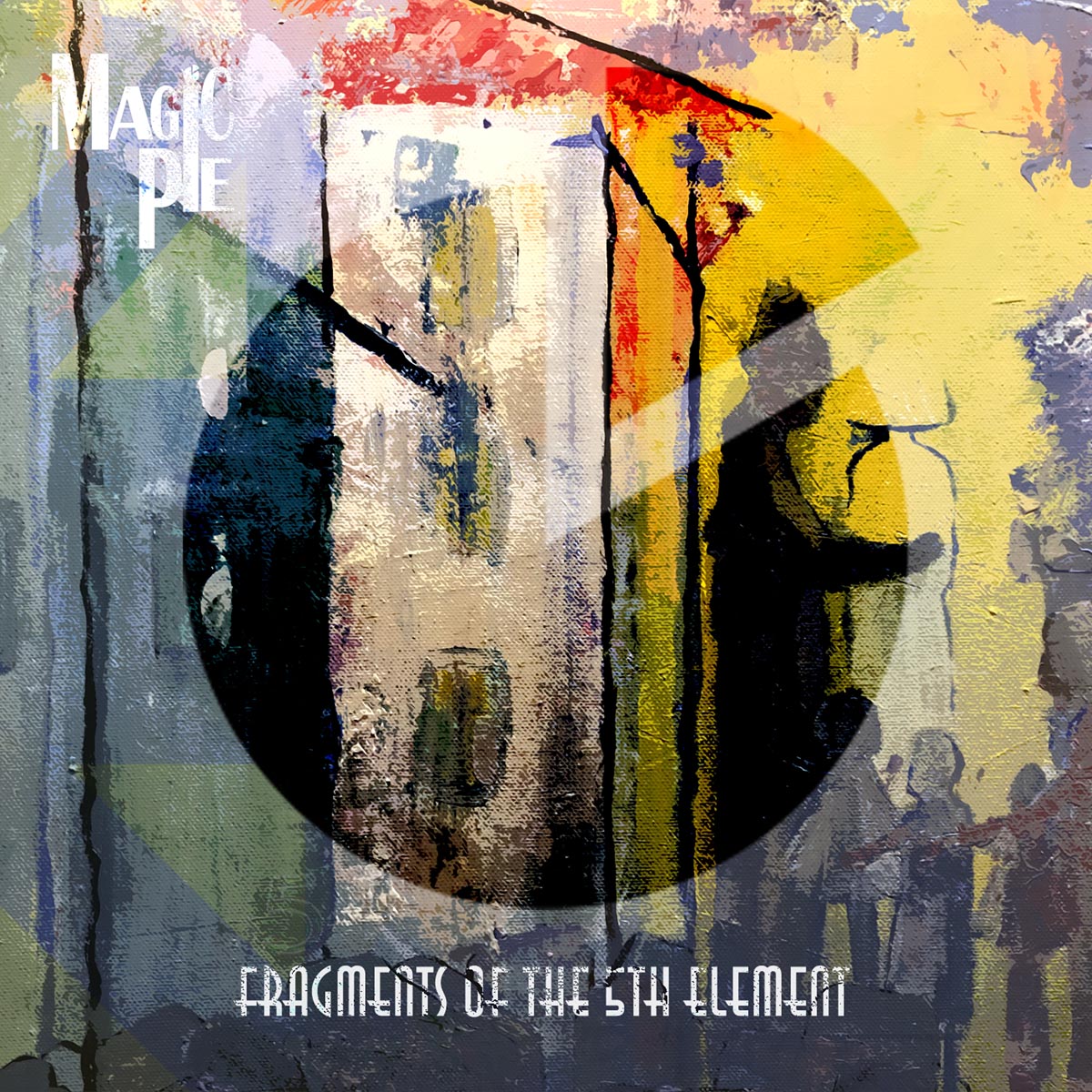 The video is a progression for Magic Pie and the brains behind it, guitarist/singer/composer/arranger/producer Kim Stenberg—who also comes up with the video ideas and production.  2015’s Trick of the Trade was a pretty straightforward presentation with the band performing on a sound stage.  A few cuts here or there, but nothing elaborate.  Then there was the first video from the new album (out August 30), P&C, which had a few more artistic shots—but still featured the band playing.

Then comes “The Man Who Had It All.” It’s very arty, very surreal at times. Most of the band shots—in black and white or color—are enhanced to make the guys look like drawings.  There are a variety of backgrounds: a city skyline, a park with balloons, a Japanese rising sun-like spread.

There’s a lot of overlap and fading in and out.  Different combinations of band members in different poses.  The charismatic Hauksson is most often front and center.  Interestingly, Kim Stenberg isn’t, although this is his band and his idea.  We see him playing guitar (and he is a great, great guitarist), but only from his neck down.  Or he’s in colored silhouette.  Or he’s way in the background.  Stenberg calls it an artistic choice—or that he’s “playing puppet master, moving the other pieces around the board while staying out of the limelight.”  A man of mystery is Stenberg—but a brilliant one.

Maybe The Pie is a modern-day version of The Who, with Stenberg as Pete Townsend and Eirikur Hauksson taking the Roger Daltrey role.

Which is not to say that the rest of Magic Pie is just along for the ride.  Singer and rhythm guitarist Eirik Hanssen, drummer Jan T. Johannessen, bassist Lars Petter Holstad, and keyboardist Erling Henanger are integral to the band sound.  And what a sound, especially on “The Man Who Had It All.”  It starts with something of a fanfare before going into a softer section where Hauksson enters.  Then it’s on to a hard section.  All in the first 90 seconds.  Prog?  Oh, yeah. It goes through various time changes that alters the atmosphere of different sections, and yet the song is cohesive (and sticks in your head as well). And there are enough hooks to empty a Norwegian fjord of all fish. 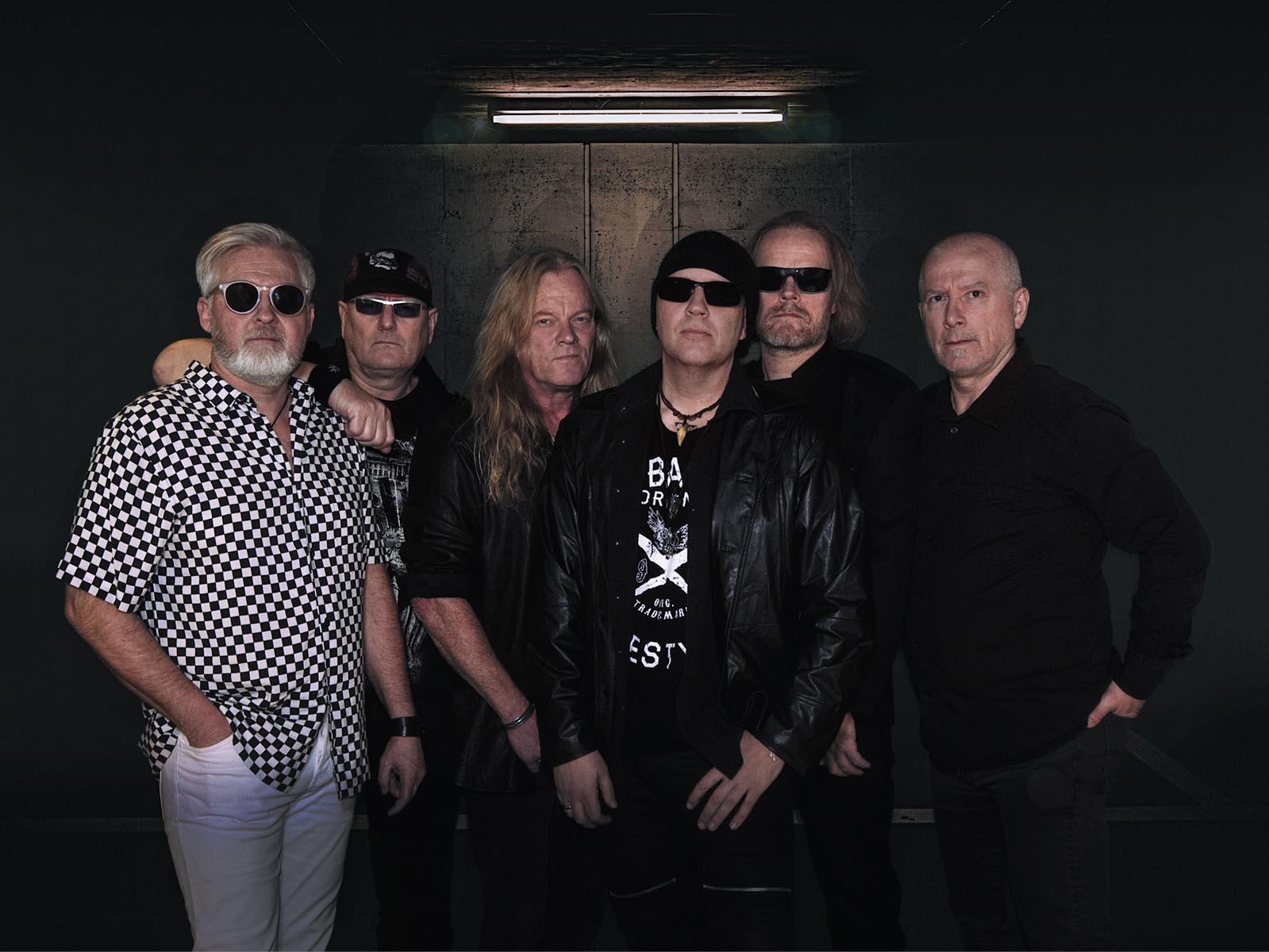 And did I mention the mix is by the legendary Rich Mouser?

And the story Hauksson tells?  About a just deceased wino named Jeremiah.  He’s got a smile on his face, the Good Book in his hand, and the promise that he’s going to an even better place—although he’s had a helluva time on earth.  And he wants his friends to continue the party.

Drink to me and my soul, then dig me a hole
where I can rest my bones.
Find a young priest with a sharp, witty speech
about this man who had it all.

Dissipation. Community.  Loyalty.  Some religious suggestions.  Very Steinbeckian (if there is such a term).  And all because an Icelandic lad, many years ago, took to heart a reading suggestion from a teacher—and an amazing Norwegian songwriter came up with music to put blood and muscle on the bones.  And because a band called Magic Pie then brought it to life.

So here’s looking at you, “The Man Who Had It All.”