The anniversaries of historical albums keep pouring in, and I can’t help but feeling how old I am getting. This time around is the turn for a monolithic pop-metal record that defined the latter part of the Eighties: Def Leppard’s “Hysteria”. The fourth studio album by the Sheffield fivesome was released a day like today after a four-year gap since their mainstream breakthrough record “Pyromania”, and became their best-selling album to date, with over 25 million copies sold worldwide, including 12 million in the US alone, and spawning seven hit singles – including “Pour Some Sugar on Me,” “Hysteria” and “Love Bites”.

However, the period between this record and his predecessor was far from being a bed of roses: genius producer Mutt Lange dropped out after the pre-production sessions citing exhaustion from a grueling schedule from the past few years and unexpectedly return to the fold a year later, Rick Allen was involved in a car crash which resulted in the loss of his left arm and many songs had to be re-written to cope with his now changed drumming abilities – an interesting fact is the name of the record being thought out by Allen himself as a reference to the worldwide media coverage that ensued after his accident –, Jeff Elliott suffered a bout of mumps, and to top that off the record turned out to be the most expensive the band had ever done, with Phil Collen saying that they had to sell 5 million copies to break even. 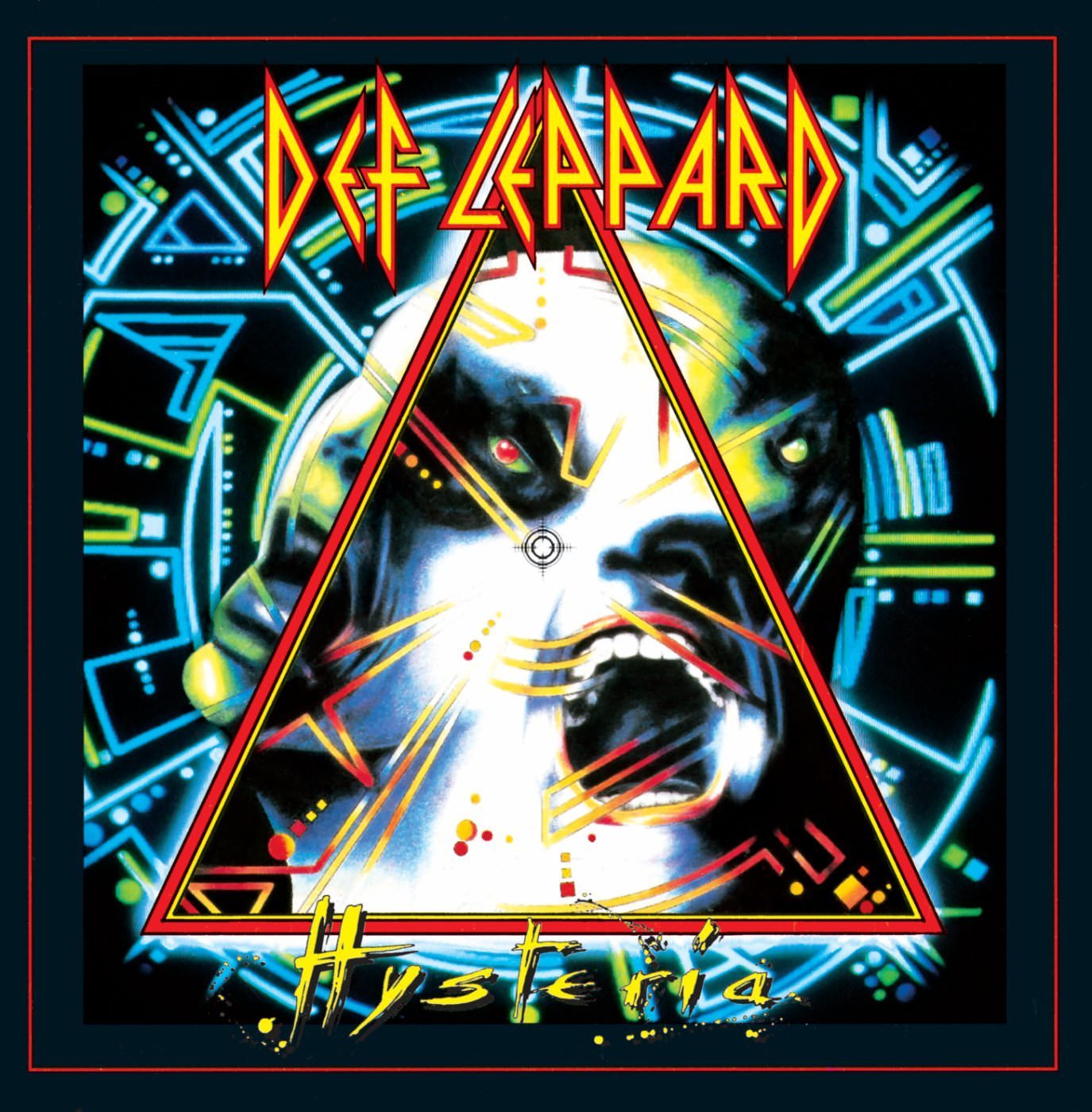 “Hysteria” can be considered a meticulously crafted rock masterpiece, infused with huge elements of pop, new wave, glam, and even rap. There’s no heavy-metal sound or even traces of the NWOBHM left on it, and that’s the obvious reason why metal-heads deny “Hysteria” with all their souls, nonetheless the record has stood the test of time admirably. The album’s goal, allegedly set out by Lange, was to be a hard rock version of Michael Jackson’s “Thriller”, in that every track was a potential hit single, and songs were conceived with this concept in mind, moving the band’s sound completely away from the traditional heavy-metal sound in favor of the latest sonic technologies available at the time.

The sound quality on “Hysteria” is a step up to an insane level of absolute perfection. Dozens of layers or recorded guitar parts are seamlessly blended without ever getting in the way of the main attraction of these songs: the vocal melodies. The vocal parts required special treatment, there are literally hundreds of backing tracks. The hooks are some of the catchiest in any genre, and the melodies are incredibly well thought out, dissected for human response. “Animal”, “Armageddon It”, and “Pour Some Sugar on Me” are designed to stay in your head and by extension, in your speakers for weeks on end. These are meticulously crafted pop tunes, every second carefully thought out, being spontaneous was out of the question. A quintessential pop-rock album, where every note serves a purpose and every melody is there for a reason, “Hysteria” was also tremendously inspirational for the second wave of hair-metal in the late eighties.

Tomorrow, August 4th, a 30th Anniversary Remastered Box-Set of “Hysteria” will hits the shelves worldwide. The reissue will be available in multiple formats: the 1-CD “Vanilla” version, a 3-CD Deluxe version, a 2-LP set on black vinyl, a 2-LP “Direct to Consumer” version on limited-edition colored vinyl and a massive, 5-CD/2-DVD Super Deluxe Edition. 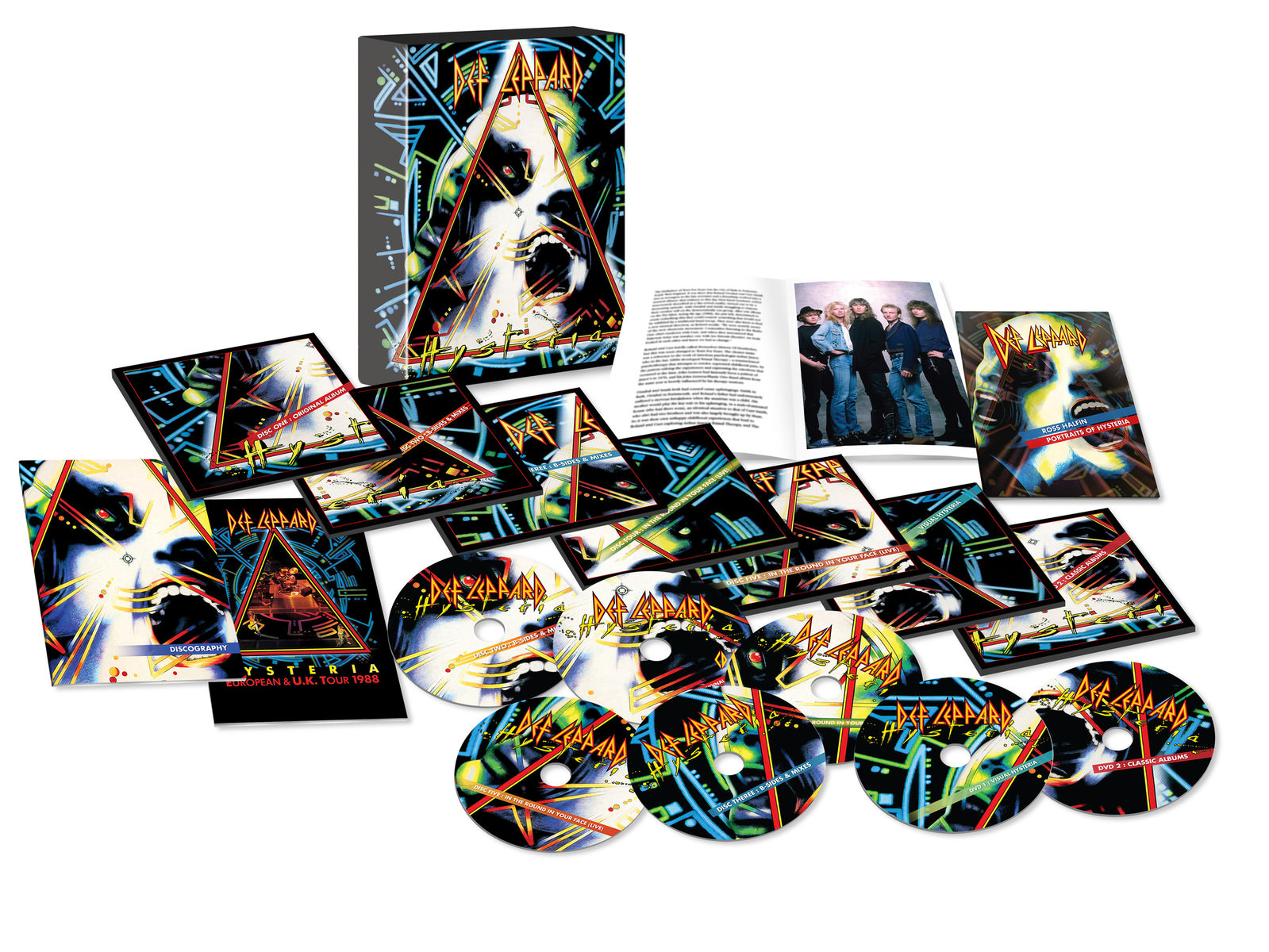 The Deluxe edition includes a slew of additional rare tracks, including B-sides, radio edits, extended versions, alternate mixes and a BBC Radio “Classic Albums” documentary. The Super Deluxe Edition also includes four books (Story Of, a Ross Halfin photo book, vintage tour program and poster). The two additional CDs include an audio version of the band’s 1989 concert film, Live: In the Round, In Your Face, recorded during the U.S. Hysteria tour. The two DVDs feature a series of promotional videos and live performance clips, along with the “Classic Albums” documentary. Below you will find the complete track-list for all the versions. Will you be buying this?

CD Four: In The Round, In Your Face (Live)

CD Five: In The Round, In Your Face (Live)