While most concertgoers are probably unaware, the location you see a band perform can have a significant impact on the end product delivered… as well as the experience remembered. Things like parking, seating, food choices and site lines are realities that a band doesn’t have to worry about. Video capabilities, PA quality, roof height and stage depth, however, are aspects that do concern the band and crew when they roll into a venue and make a plan of what that night’s show will include… or won’t.

While attending my first Within Temptation show on Monday night, I couldn’t help but wonder how much of what might have been was left in trailer parked outside. For the sake of context, I’d never seen the Dutch symphonic band perform live. They’ve been a recording entity for more than 20 years, and have developed a worldwide following that is more robust in Europe than North America.

To get an idea of what might be expected, I googled for footage of Within Temptation playing a sold out show in London in support of their newly released and somewhat polarizing release, Resist. I saw a large stage with large production support—massive video screen, explosive pyrotechnics and custom stage design. It looked like quite a spectacle, and made me anticipate the show in Denver all the more.

The band was playing at The Summit Music Hall, a downtown jaunt that’s a stone’s throw from Coors Field and a venue I’ve been to many times, including about a week earlier to see the Neal Morse Band on “The Great AdvenTour.” Having worked with that band on their previous tours in Denver, I had learned that the actual stage depth might be a bit of a downside depending on what all you’re trying to put up there. 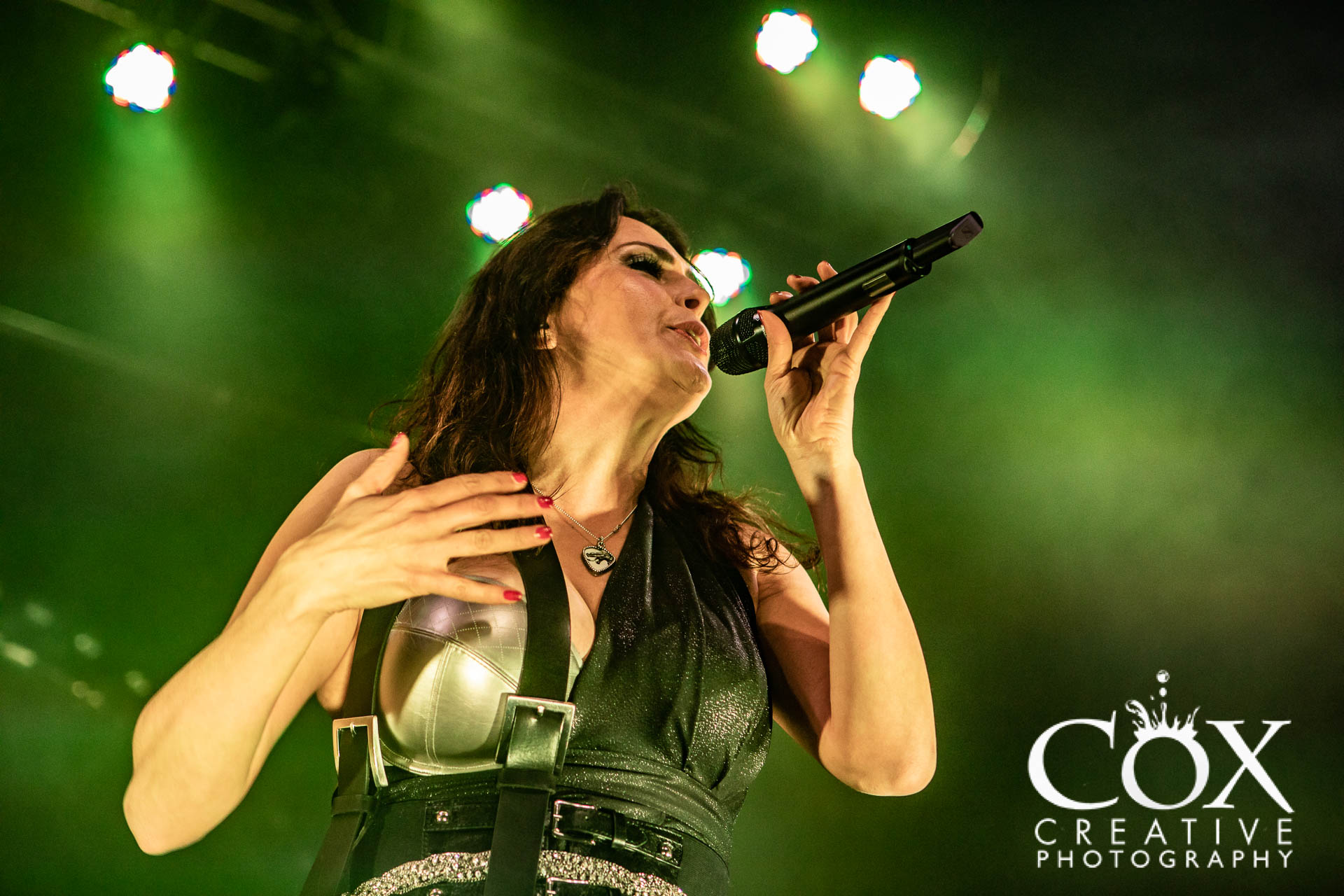 So as I stood in the sold out hall watching the band energetically perform songs from nearly their entire back catalog, with the heaviest attention given to material from Resist, The Heart of Everything and Mother Earth, I couldn’t help but wonder what might have been. It’s not that the performance wasn’t strong. In fact, Sharon den Adel sounded fantastic and delivered a spirited performance that had me focused on her most of the evening. It’s not that the band wasn’t tight. In fact they managed to convert the poppier and techno sounding components of Resist into a heavier, streamlined rock knock that improved their appeal. And it wasn’t the acoustics, as the sound in the Summit was loud but clear and balanced.

To be sure, the crowd wasn’t looking for more. The audience makeup featured far more females than a typical metal show. It also included a vast age range. But what they lacked in common in demographics they made up for in unified participation, singing and raising fists in the air on cue like a massive sea of synchronized black t-shirts.
The place was packed and people were enjoying the show immensely. The light show was certainly scaled back from what I came expecting to see, but the strobes and range of colors did an effective job of complimenting the music without drawing too much attention to themselves.

Perhaps the problem for me was simply one of expectations. I was hoping to see the equivalent of Les Miserable on Broadway and felt like I was seeing the local community theater’s version. Not because the performers were lacking in any way but simply because the production presented was (possibly?) scaled back to match the size of the stage. In my recent review of Resist, I noted that the new material is rather cinematic in its vibe, and I was eager to see how the band augmented that aspect with the actual video component in the live show. Unfortunately, there wasn’t one. At least not in Denver. And maybe there isn’t one on any stop here in North America. It just might be that the best Within Temptation live experience takes place overseas where a larger venue and crowd justify a larger supporting spectacle.

Near the end of the set, when the band launched into the opening of “Supernova,” (one of my favorite tracks from the album), I was torn between how good it sounded live (and was well received by the crowd), and how I wondered what it would have been like if I was seeing them in play in their hometown of The Netherlands or some other European country where their releases have reached #1 on the charts. 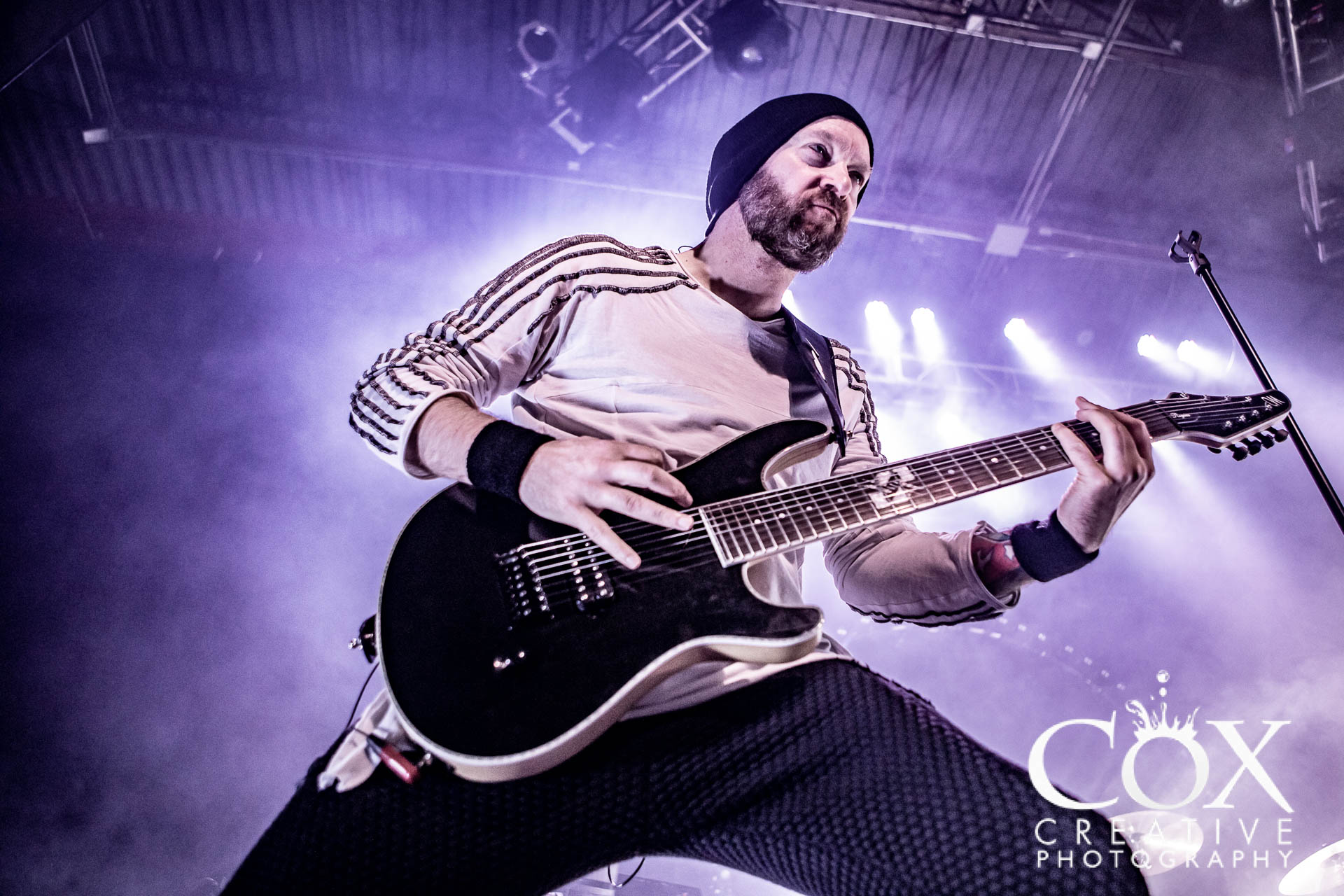 The theatrics were not the star of the show. The symphonic/orchestrated elements of their music were also more subdued in exchange for a more streamlined rock sound. Maybe this is catering toward an American audience. Maybe this is simple economics in what it would cost to bring those elements overseas to tour North America. And maybe it’s just not what the band is currently doing.

It really doesn’t matter. What matters is the band delivered what most of the fans expected: Sharon den Adel—dressed in a unique stage costume of her own design—singing big choruses that the crowd could join in with and escape the cares of their lives for a little while. When den Adel claimed that the crowd provided a very special energy that was coming back at them really strongly, she seemed to be saying how much they approved of the audience. The raucous applause at the end of the show seemed to only confirm what she said. The show was a hit in Denver, and I suspect they will be sure to return again…hopefully next time in an even bigger venue with a bit more of the eye candy that audiences overseas have been able to experience.

Raise Your Banner / The Reckoning / Endless War / In the Middle of the Night / Stand My Ground / All I Need / The Heart of Everything / The Cross / Ice Queen (acoustic) / Faster / Paradise (What About Us?) / In Vain / The Promise / Supernova / What Have You Done?