I’ve attended good concerts, great concerts and memorable concerts. Since I am always trying to capture that special moment which makes the pictures memorable, I have a hard time sitting down and enjoying the music. I am constantly wandering around with my camera in hand, trying to freeze time through my lenses, while my wife remains seated and witnesses the spectacle the right way. However, last Wednesday during Robin Trower’s show at The Parker Playhouse in Fort Lauderdale I stopped taking pictures after the third song and went back to my seat for the rest of the night. It was such a compelling performance from beginning to end that I couldn’t resist enjoying it the right way.

Rock giant Robin Trower is 71 years old, and his musical pedigree is second to none, but what really astounds me is the energy and passion he can deliver at that age. He truly is in a class by himself and can effortlessly make his guitar scream, smoke and cry. His playing is phenomenal and emotional-pure wah-wah heaven. I’ve always wondered why he has never really gotten the respect he deserves for his talent and I treasure “Bridge of Sighs” and “Twice Removed from Yesterday” as two of my desert island albums.

There was an increasing air of excitement and anticipation–and the slight electricity of whispering that occurs before such events. When Robin and his band appeared on stage the audience gave them a warm, boisterous welcome. Without much delay they broke the silence with “Somebody’s Calling”. It became immediately apparent that Trower has lost virtually none of his fret-board abilities. His fingers danced across the necks of his Fender Strat guitar with an absolute control of his tones, painting crisp and perfect sonic landscapes without a single out-of-place note and without overplaying. You could feel his soul coming through his floating hands. It was an emotional, unbeatable, roller-coaster ride: a class of delicate and powerful dreamy-rock glory. No pyrotechnics, no flying smoke, no visual effects, just an old guy and his guitar, talking to you in the universal language of music through his trademark soulful, melodic lead playing and mesmerizing vibrato; to the point that I felt compelled to put my camera aside and sit down.

It is curious and at the same time proof of Trower’s unique guitar playing style that the songs from early in his career still retain freshness and vitality on each hearing. They have survived the test of time impeccably. Songs like “Daydream” and “Day of the Eagle” sounded haunting and unforgettable, also in part due to the outstanding performance of the bass and drums paired with Robin’s graceful guitar playing and lush sound. While staying true to his sound, Robin didn’t just replicate the older versions of his classic songs but instead added a great deal of new licks, breaks, and modulations that really kept them interesting. 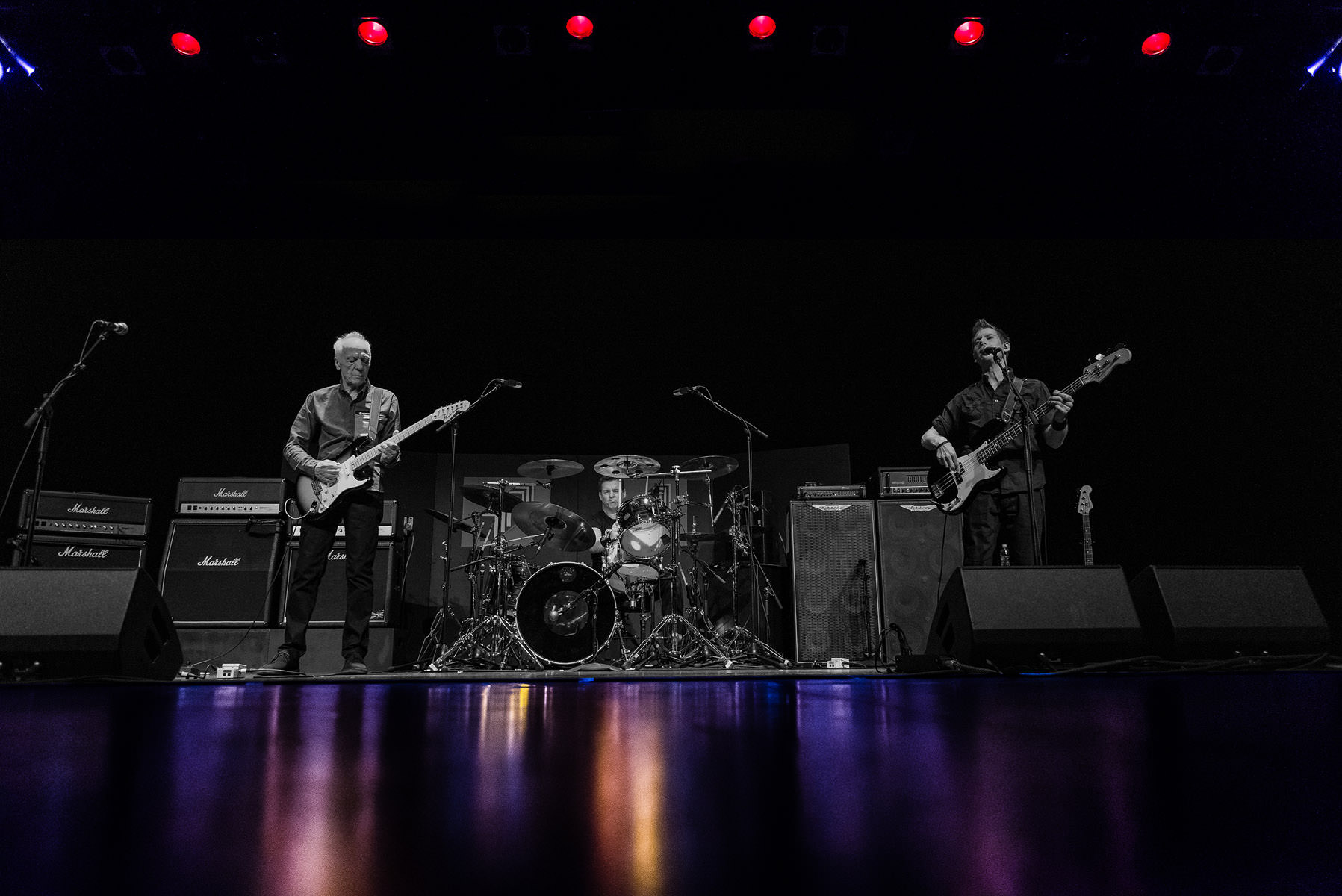 When “Bridge of Sighs” entered the night, claps, whistles and cheers nearly matched the band in volume. Robin’s mastery of the guitar is highlighted to great effect in that timeless piece of music. He improvised with great feeling; moving from soulful tenderness to moving aggression making this one of the highlights of the show. The rhythm section comprised by singer Richard Watts and drummer Chris Taggart was completely flawless, with Taggart mixing powerful punches and a very adaptive style, and ­­­­ Watts singing confidently with a voice more similar to Paul Carrack than to the inimitable James Dewar, the late singer-bassist from Trower’s original solo band in the early 1970s.

I could be writing pages and pages trying unsuccessfully to find the proper adjectives to transport your mind to that memorable night. And pay attention, I said “memorable”, not “great” or “good”. When there’s a conversation about guitar players, everyone has his/her favorite and there’s always a lot of discussion about who’s better than another. I’ve seen many great axe-men through the years, and many of them have been incredible players, yet none have had the “signature sound and style” of the man who was tagged by the press with the nickname of “The White Hendrix” back in the 70’s. After so many decades, Mr. Trower proves he is like good wine and manages to offer a simply jaw-dropping display of guitar playing prowess. Pure fantastic bluesy rock and roll GREATNESS.

Too Rolling Stoned / For Earth Below