Located in the heart of Toronto, The Baby G first opened its doors in 2016. Through the years, it has hosted artists of a wide range of styles, including country, dance, alt rock and disco. Tonight, the pace was significantly changed, as the band to play there was the uniquely sounding The Levin Bothers.

Formed around 2014, The Levin Brothers consists of the collaboration between stick-man Tony Levin, his brother Pete on piano, Jeff “Siege” Siegel on drums and guitarist Jeff Ciampa. They are currently in the middle of their “Snow Tire Tour”, and with a name like that, Toronto seemed like a mandatory stop. Together, they brought the audience into a time machine and transported us to a smokey jazz club in the 1950’s. As the band entered the stage and started to tune their instruments, Pete broke the ice and said: “talk among yourselves…we’ll start in a minute”, getting a good laugh from the crowd. They kicked things off with one of their compositions, “Out of Darkness”, and soon entered into a revamped version of Jimi Hendrix‘ “Up from the Skies”, which not many recognized at first. 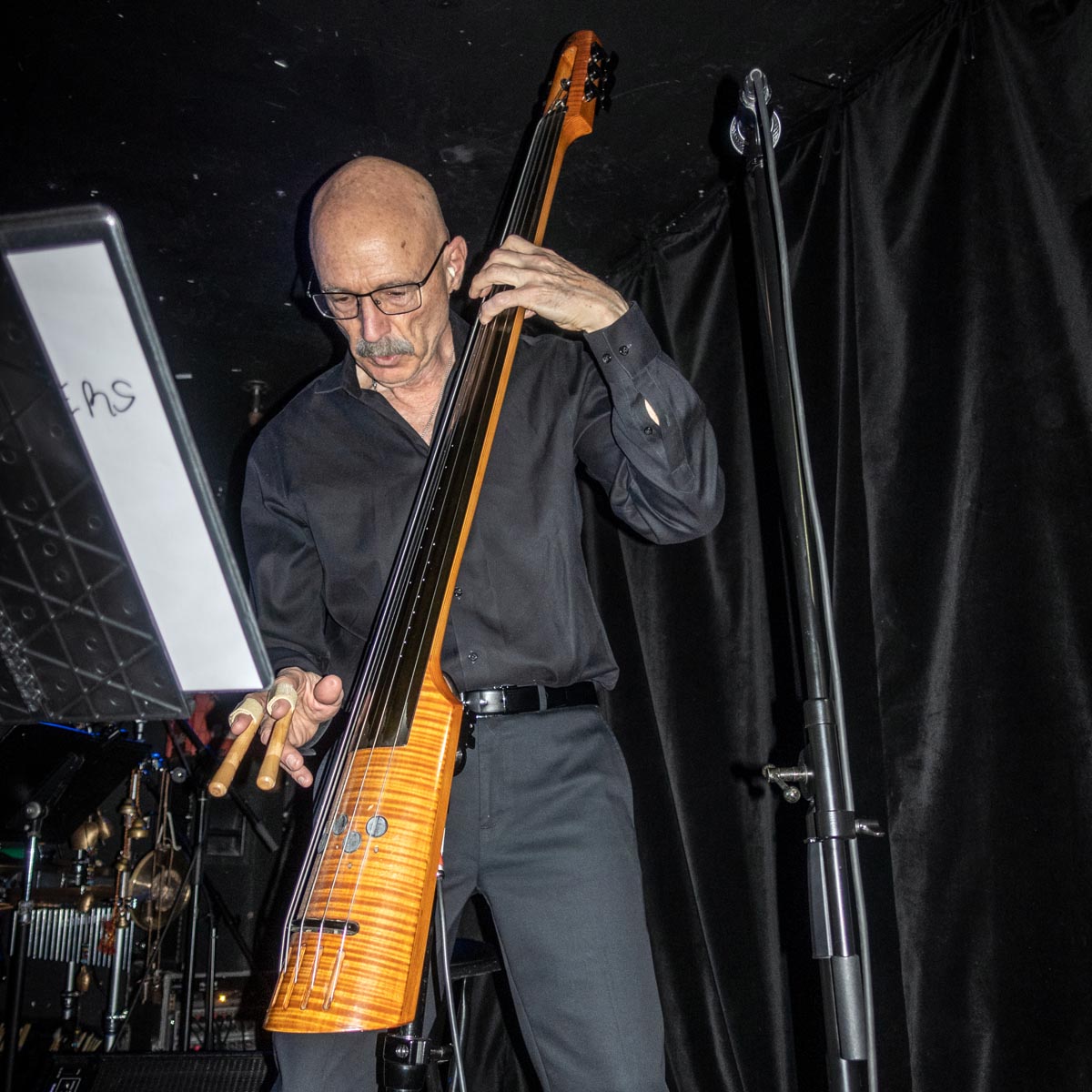 With absolutely everyone on stage dressed in black, sitting on stools and using music sheets, one would expect a stern, solemn atmosphere, but Pete and Tony‘s stage banter made sure there was an overall feeling of lightness in the air, despite the sometimes serious aspect of their music. “What’s up with the weather? Everyone said it was bad, but this feels great!”, Tony said at one point. Two covers followed: “Scarborough Fair”, a traditional song made popular by Simon & Garfunkel on their memorable “Concert in Central Park”, and Steely Dan‘s “Deacon Blues”, where Jeff Ciampa rewarded us with a great guitar solo. On “Kakilambe”, Siege made use not only of his Canopus drum kit, but also incorporated a lot of tribal beats on percussion, creating a hypnotic effect, enhanced by the other instruments that joined him on a long lasting crescendo, which took everyone momentarily from the cold winds of the north to the African Savannah. 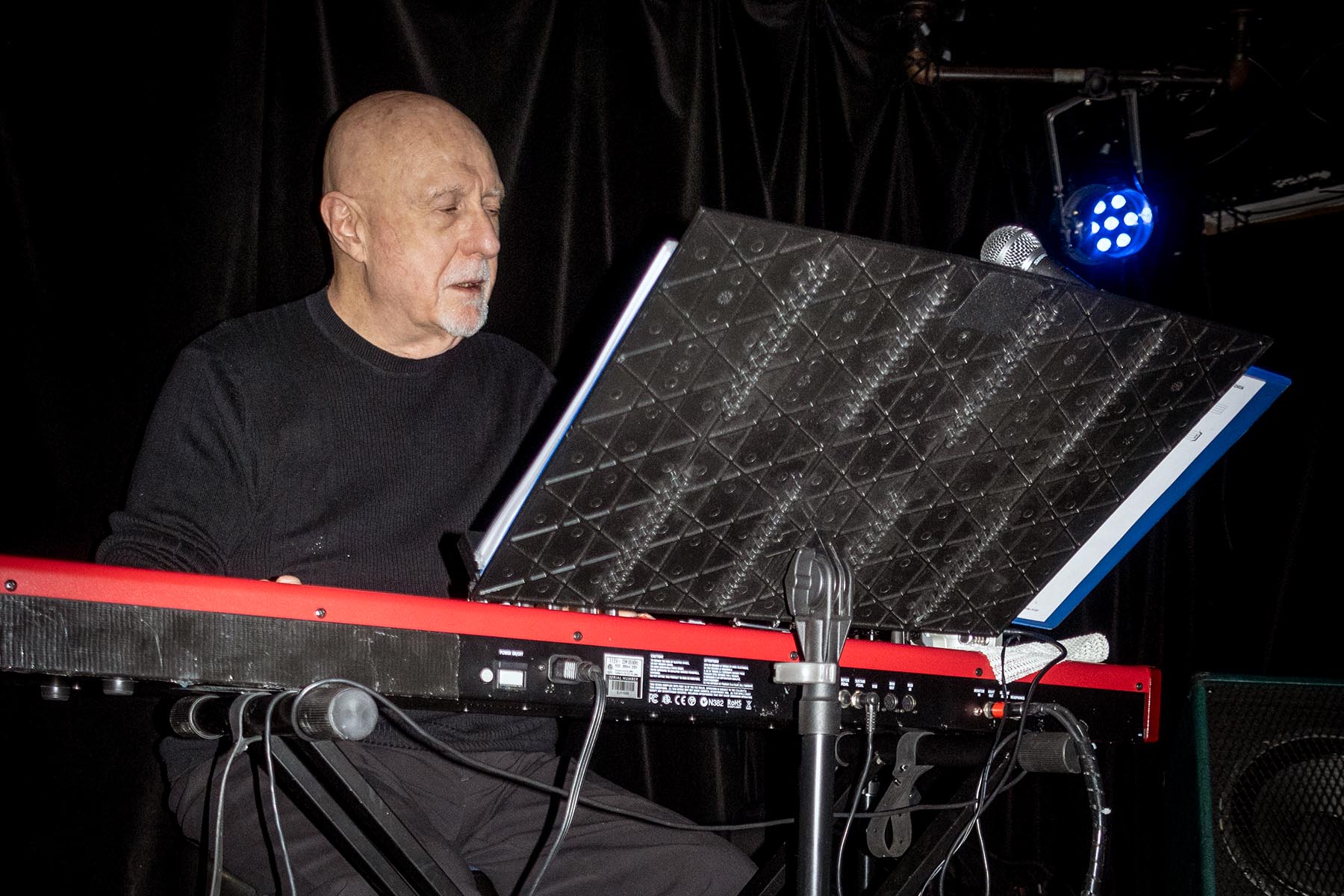 Coming up next was Freddie Hubbard‘s “Little Sunflower” and the Peter Gunn theme, a number that Tony thought nobody would be old enough to recognize, but that unmistakable bass line was hard to miss. A few staples of Pete Levin‘s career like “Bells” and “When I Was Young” were played, and with the clear evidence that jazz was an ever-present entity in their lives in their early years, one couldn’t help but wonder what it was like to grow up on the Levin household. During “Jump”, Tony borrowed his own creation, the woody extensions called “funk fingers”.

“Ballad of the Innocent” brought Jeff Ciampa‘s talent to center stage, with his tone evoking Andy Summers‘ work outside of The Police, Mike Stern and other jazz guitar greats, and Siege using brushes on this rather emotional piece. While all songs were presented with a jazz arrangement, the elements of blues, rock and ethnic music made sure that the show catered to a broader audience. The numbers from The Levin Brothers‘ two albums so far incorporated many of those elements as well, and served as a well deserving celebration of Tony and Pete‘s legacy. It´s refreshing and exciting to see them trading lines on stage, playing songs they listened to as kids and mixing some of their most memorable pieces of work for other musicians with the repertoire that has resonated in their brains and ears for decades. 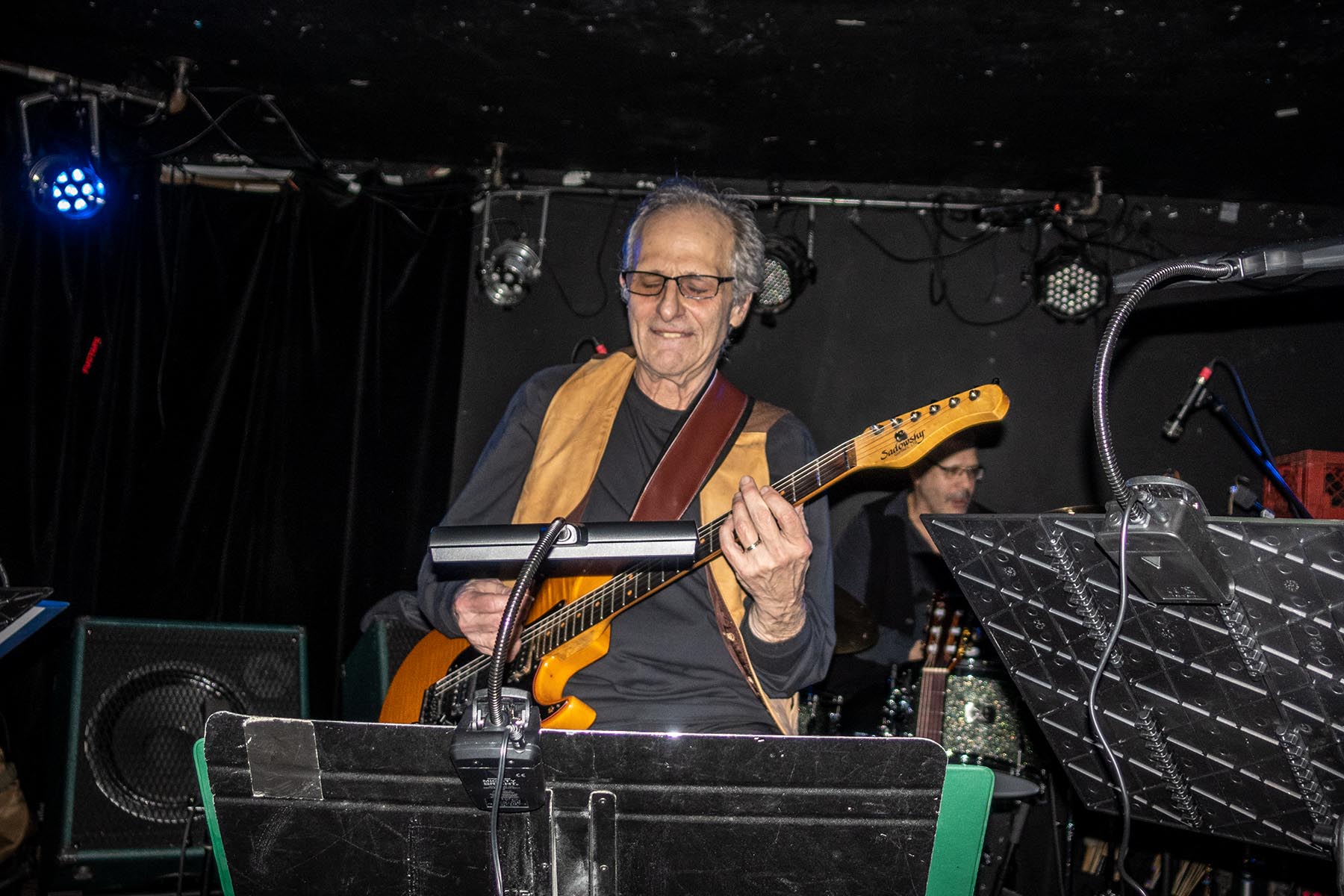 The most celebrated moment of the night was when Pete said “I just noticed we haven’t played a single King Crimson song yet”, and introduced the stripped down instrumental version of their classic “Sleepless”, which has one of Tony´s most iconic bass lines. He used an upright five-string bass all through the show, and on this track, he used a looper that repeated his own bass part ad aeternum, while he soloed over it. The set closer was a blistering version of Paul Winter Consort‘s “Icarus”, where the whole band shined. While the biggest draw on this band is undeniably Tony, the chemistry of the four musicians on stage is what keeps things fresh and dynamic, with many blink-and-you´ll-miss-it moments throughout their set.

With twenty dates in total, The “Snow Tire Tour” continues through North America, with only two more shows left: Kingston, NY on January 25th, and Rawling, NY, on January 26th. Don’t miss the chance of witnessing this tremendous display of musicality, brotherhood and good taste. Oh, and the band doesn’t shy away from interacting after the show, so bite the bullet and catch one of those last two shows, and you won’t be disappointed! 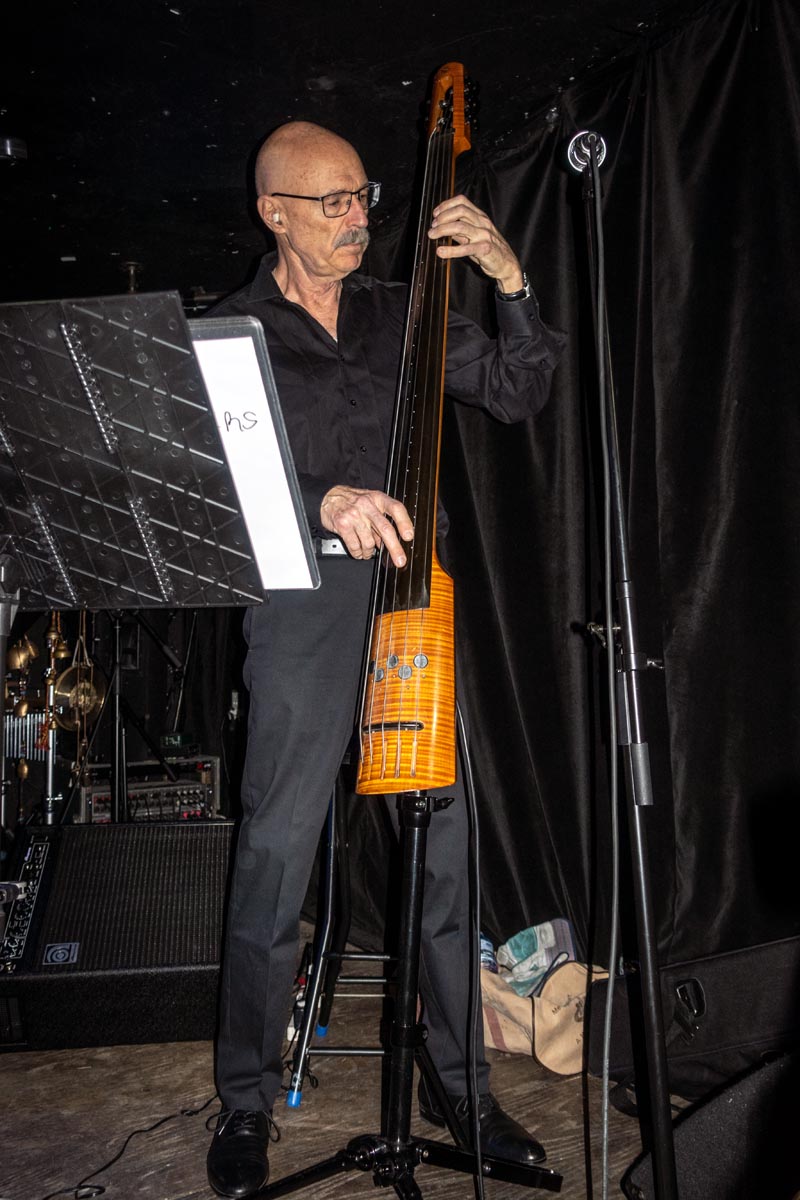