In this day and age of social distancing, lockdowns and governors with god complexes, it seems like an act of pure rebellion to simply invite over a few buddies for a simple get together without everyone having their own plastic bubble. But sticking it to the system has been the modus operandi of SoCal-based bad boys and disseminators of all things rap rock Hollywood Undead since their 2005 inception. Combining just about every influence in the book from industrial rock to pop punk and giving it that 2000s nu-metal twist, they’ve carved out a stylistic niche all their own and upped the ante further with the band’s core membership often donning custom made masks like a WWE-inspired variant on the getup often sported by ICP and Slipknot. But in a time when masks are now a matter of law in much of the country, this outfit had other ideas when putting together their contribution to the ongoing live streaming trend by performing in a casual, house party setting with no masks in sight apart from their hulking mascot Dead Bite, who was busy working security at the front of the undisclosed venue. 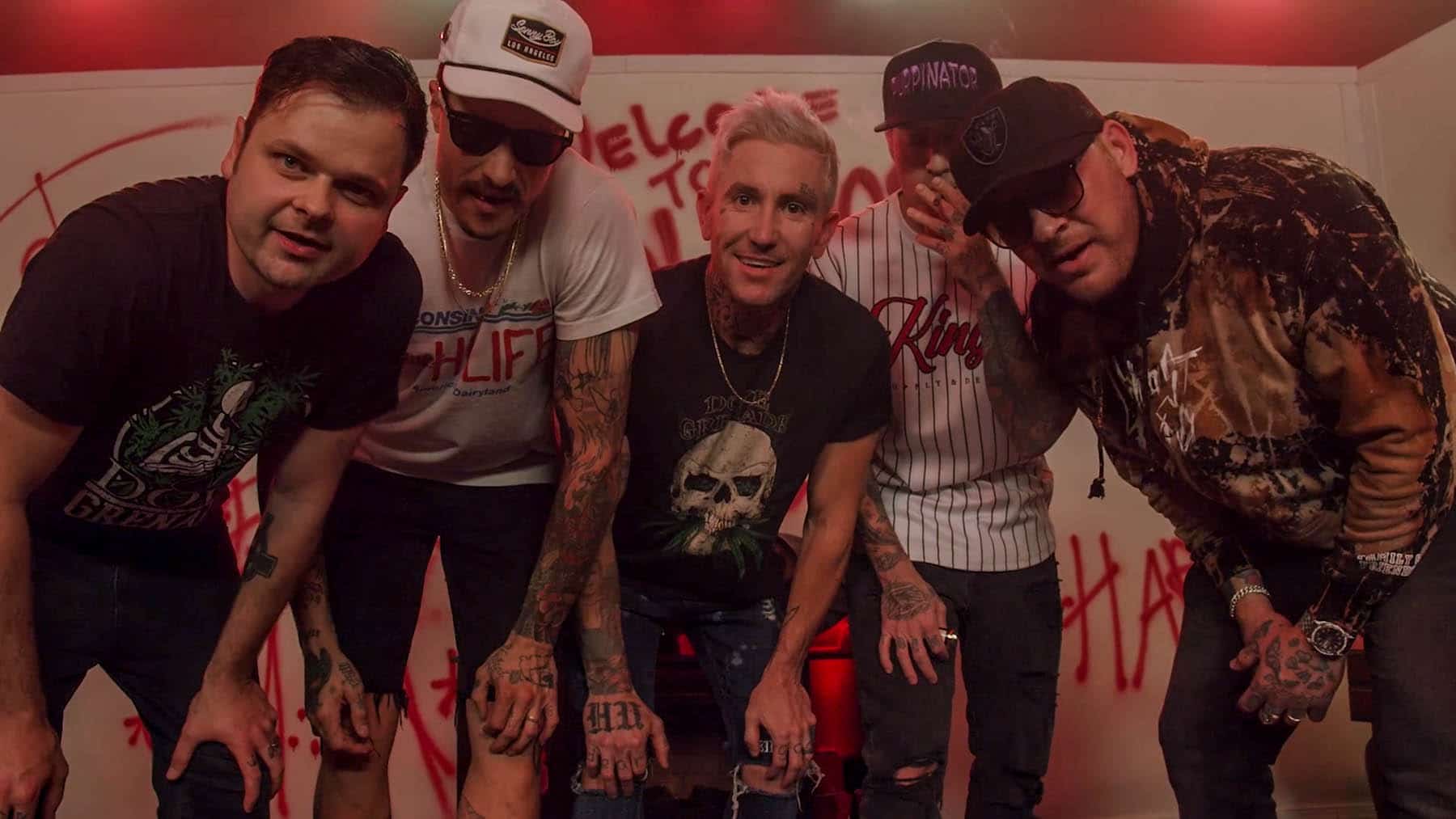 For all who were present when the show began, the experience would prove a highly interactive one, with the band frequently breaking the fourth wall as if the audience itself were one of the crew sharing in the event. The atmosphere had all of the makings of a Friday Night Kegger, with all the refreshments one would come to expect for a raucous occasion and enough graffiti covering the walls to make the early forerunners of their adopted style (namely Anthrax and Suicidal Tendencies) blush. But in spite of the happy-go-lucky demeanor of the introduction, the performance that ensued was an exercise in sonic precision, with each song being meticulously performed as if the studio versions were playing over a series of music videos. And barring the constant presence of touring member Matt Oloffson on drums, the spectacle had all of the makings of a game of musical chairs, with several permanent members of the quintet shifting duties on guitar and bass, as well as there being an equal spread of vocal duties between the five like a rap rock homage to the glory days of Wu Tang Clan. 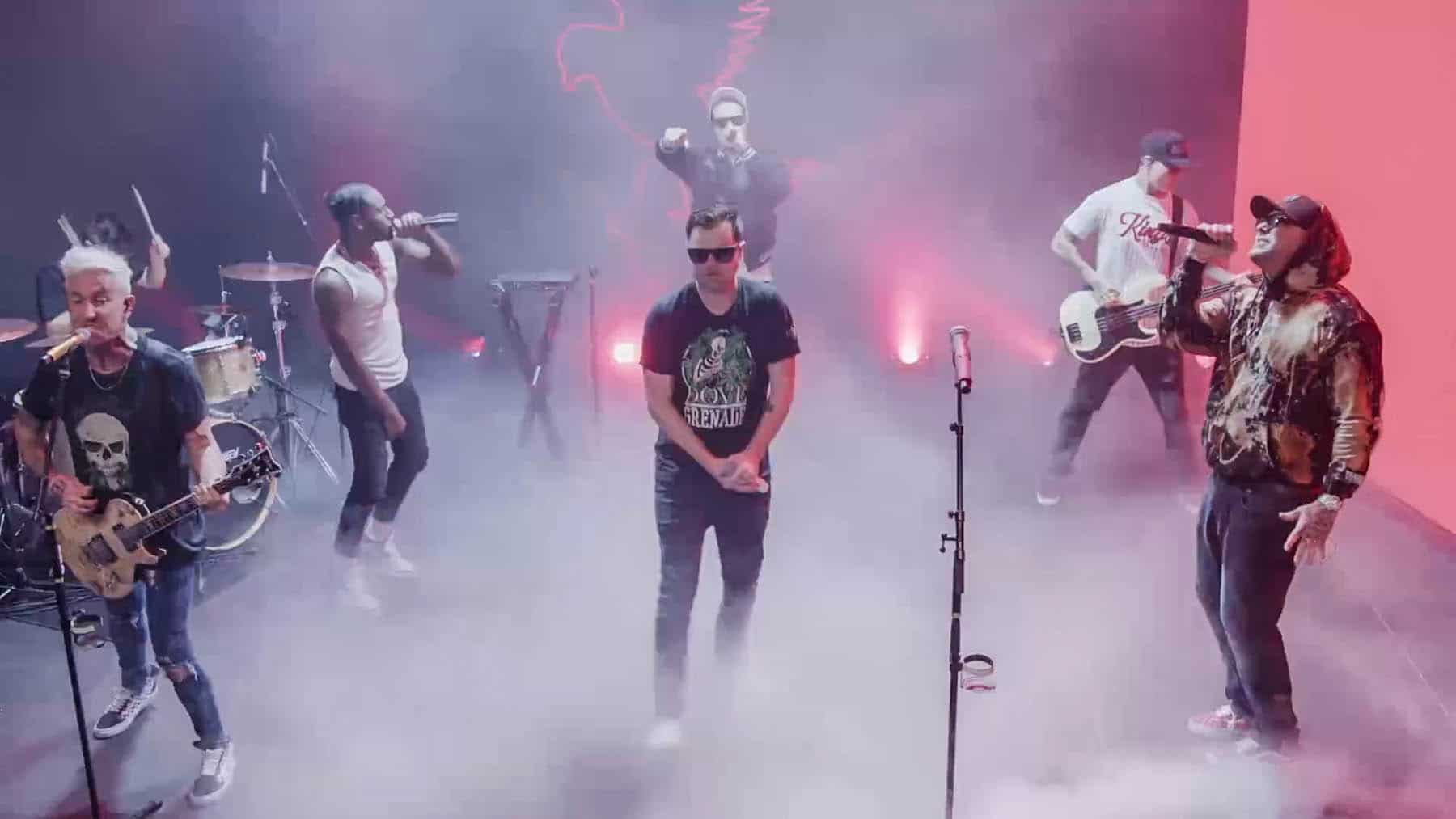 The balance between strong performances and good spirited high jinks proved a constant as one song flowed into the next, with a continual theme of power in numbers being at the fore. Adding to the party atmosphere with the introduction of pop punk-infused banger “Heart Of A Champion” was a surprise set of guest vocal slots by Spencer Charnas and Papa Roach’s own Jacoby Shaddix, each breaking through the paper walls behind the band to join the fun like an outtake from the video of the famed Run-D.M.C. and Aerosmith crossover rendition of “Walk This Way”, though one would be remiss to discount the potency of the performances of the club-tinged anthem “Riot” and the hook-drenched, almost Blink 182 inspired fanfare of “Time Bomb” and “Hear Me Now”. But the apex point of this house party event would come at just past the mid-point when the implication that the band and the audience appear to pass out and make way for the show being instantly transported to a darkened concert stage where the creepy, horrorcore-tinged industrial stylings of “Idol” ring out and a mind-scrambling set of bars are laid down by the king of Midwest choppers himself Tech N9ne, slaying the silence with a storm of syllabic rhymes. 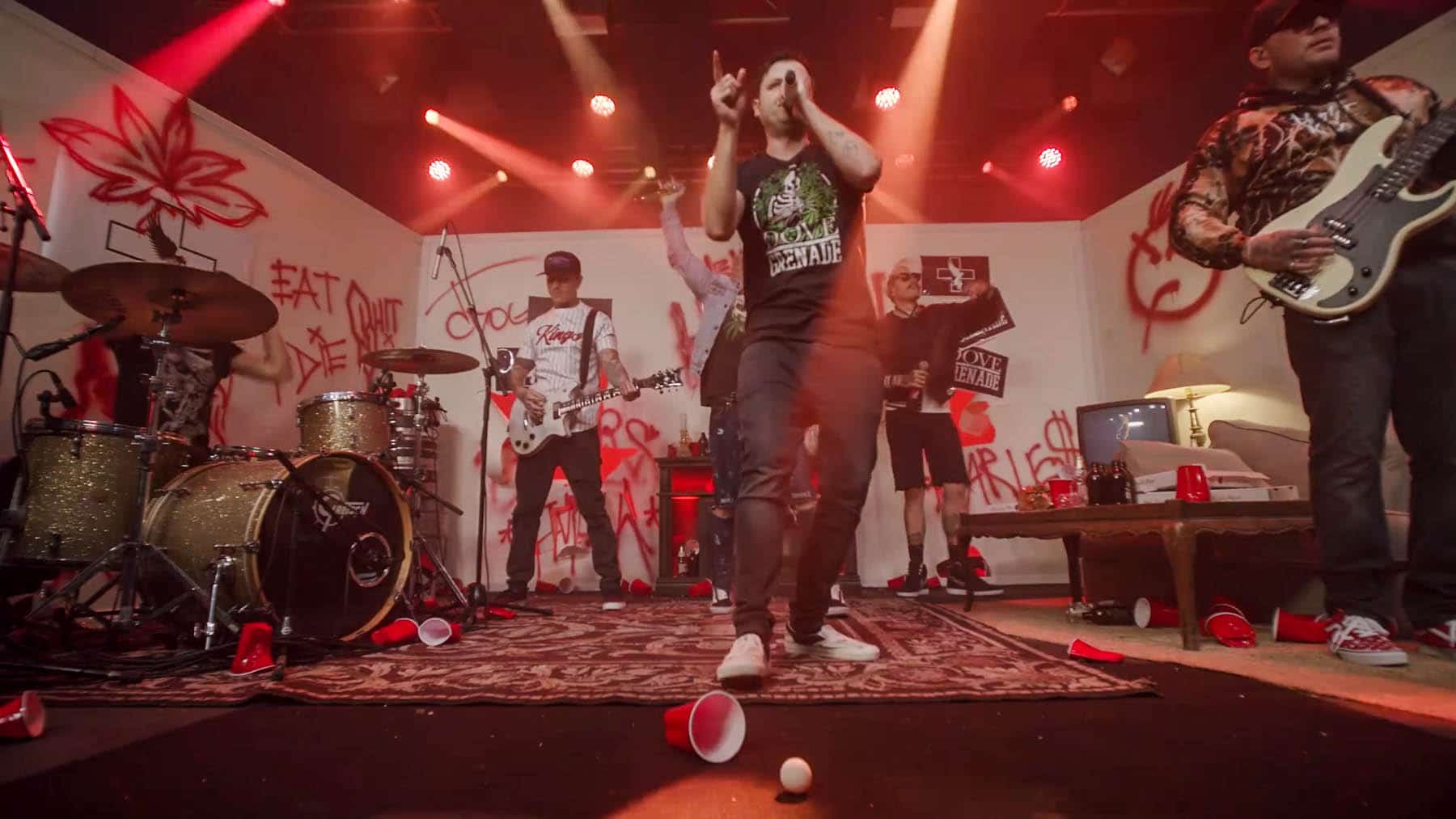 The show’s denouement, if it could be considered as such, began after an accompanying trio of heavier hitting anthems in “Renegade”, “Comin’ Thru The Stereo” (featuring Hyro The Hero) and “Day Of The Dead” concluded and the fan(s) awakened from what was a dream sequence with the band poking fun for the audience not being able to handle their booze. In what can be best described as an after party encore, the unmasked heroes gave everyone a friendly send off with the happy, pop-infused and comedic hooks of “Bullet” and then closed the deal with their original breakout hit and rap rock homage to “Crazy Train” named “Undead”. It was a fitting way to chalk up not only a stand out performance within the confines of the live streaming medium, but also 12 years of notoriety since the aforementioned closing song first began climbing the charts and became a staple of the UFC and WWE. Those who were invited to this Friday shindig were given a bird’s eye view into the way that the world was in 2019 and hopefully will be at some point in 2021, because the only way to see the bright side of 2020 is through the lens of a well-fashioned set of beer goggles. 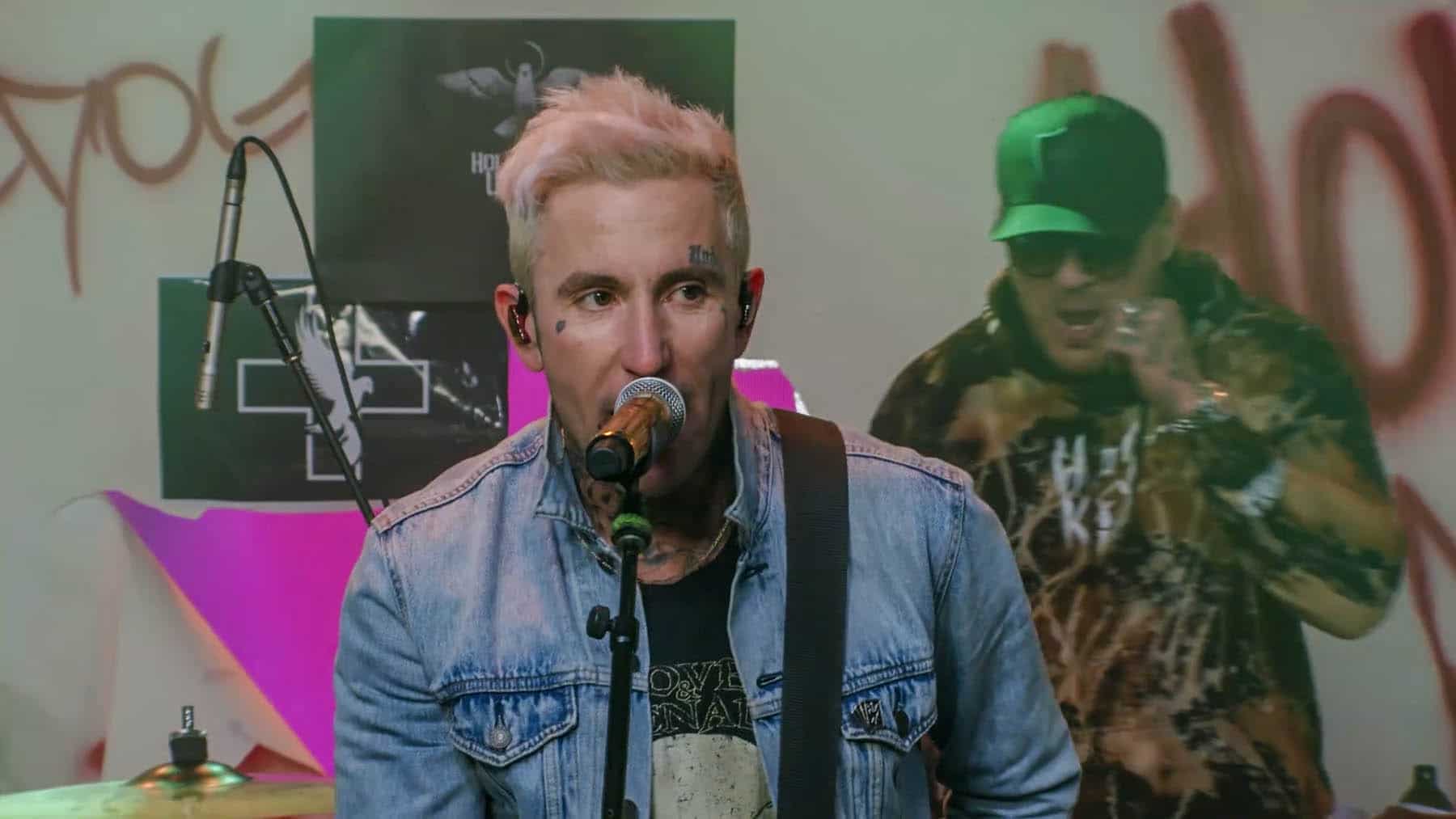